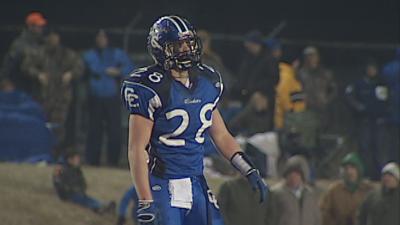 Courtney replaces Sean Thompson who resigned earlier this month to take over the Paducah Tilghman program.

Courtney is a familiar face within the Crittenden County community. He played for the Rockets from 2005-2008, helping them to the 2008 Class 1A state semifinals.

After his high school career was over, Courtney played his college football at Kentucky State where he earned All-American honors.

Courtney began his coaching as a graduate assistant at Kentucky State, before going to Webster County as an assistant. He returned to Crittenden County in 2017, and has been on the staff there ever since. Courtney was most recently the Rockets' defensive coordinator.

“It’s an unbelievable feeling to be blessed with this opportunity,” Courtney said in a statement Wednesday. “To be able to play here, be the defensive coordinator, and now lead this program is very special to me.”