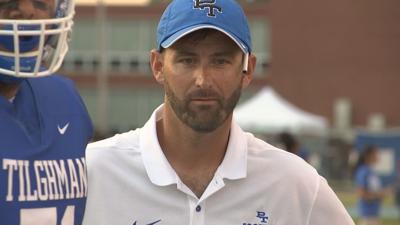 Smith confirmed his decision to step down on Friday night after three seasons as head coach of the Blue Tornado.

"As of this afternoon, I am not longer the head football coach at Paducah Tilghman," Smith said in a statement. "Tilghman has been my family's football home in some form since 2006, and we wish them nothing but continued success and best wishes. I am honored to have been just a small part of a great program with rich traditions."

Paducah Tilghman went 22-11 during Smith's tenure as coach, and won at least one playoff game each season. The Blue Tornado advanced to the state quarterfinals during the 2019 season.

"I would like to thank Jonathan Smith for his commitment to Paducah Tilghman football," Paducah Tilghman athletic director Jason Nickal said on Friday night. "He has done a great job of aligning our program from youth through high school and left the program in great shape for the future."

Nickal said the job would be posted on Monday morning and the search for a new head football coach would begin.