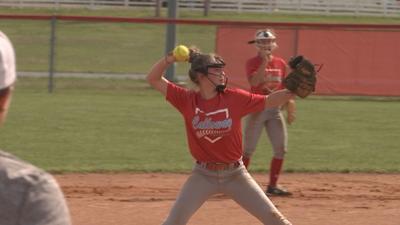 PADUCAH, KY -- After winning the inaugural Kentucky 2A State Softball Championship this past weekend, the Calloway County Lady Lakers are looking to build towards the end of the season.

The Lady Lakers defeated three teams this past weekend, two of them currently ranked in the top-5 in the state, to win the schools second state title.

The first state championship for the Lady Lakers came back in 2004.

"Nobody has every thought of us as the big people," junior Izzy Housden said. "We have always just been Calloway. Normally not ranked high in our region even, and so maybe now they will be like watch out for us."

"I think it helps the girls know that they are right there at the same level and that they can show up," head coach Kady Arant said. "That was the biggest thing that I was hoping for this weekend, because when they come together as one team they truly can compete with anybody out there."