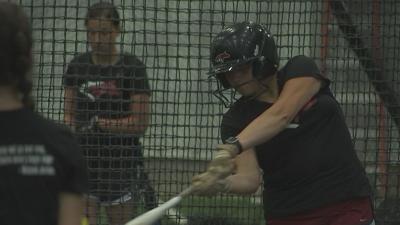 PADUCAH, KY -- Since their first season in 2013, the McCracken County softball team has established itself as one of the best programs in the state.

Over the last three years, the Lady Mustangs have not advanced to the state tournament, which ended four straight trips.

Until they defeated Calloway County on Monday in the 1st Region Championship.

"That is a driving point coming into the season, was getting back to the state tournament," said head coach Tony Hayden. "Those girls knew that they haven't been to one and they wanted it. They wanted it bad."

On Saturday afternoon in Lexington, McCracken County will return to the state tournament as they will face Butler in the first round.