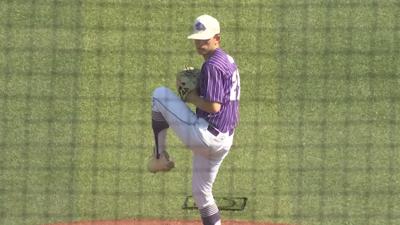 Lyon County got a game-winning RBI single from Jackson Shoulders in the 8th inning to beat Owensboro Catholic 4-3 Saturday in Bowling Green.

The Lyons jumped out to an early 2-0 lead on a two-run triple from Gunnar Bingham in the first inning. The lead held up thanks to Austin Long's five shutout innings on the mound.

Owensboro Catholic, down 3-0 after five innings, scored once in the 6th and twice in the seventh to force extra innings. That's when Shoulders came up with arguably his biggest hit of the season.

The Lyons now advance to the state quarterfinals for the first time ever, as they'll face Whitley County in Lexington at 4:00pm CDT on Thursday.