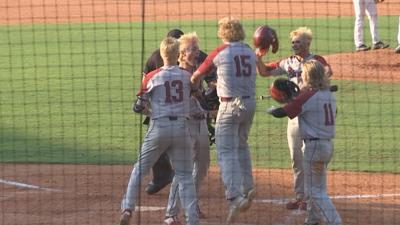 McCracken County scored ten runs in the fifth-inning, highlighted by a Ben Higdon grand slam, en route to a 15-10 win over Danville in the KHSAA State Baseball Semifinals.

The most runs Danville allowed in any game this season was seven.

The Mustangs are the 15th baseball team in KHSAA history, and the first in 16 years, to reach the state championship game in back-to-back seasons. McCracken County will face the winner of Louisville Trinity and Lyon County in Saturday's title game.