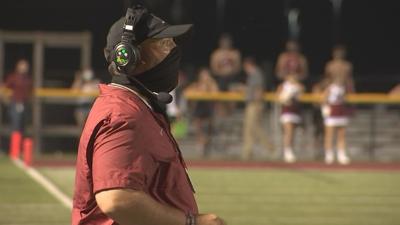 Friday night, McCracken County Head Football Coach Marc Clark will take his Mustangs to Louisville for the KHSAA Class 6A state quarterfinals. Clark was an assistant at Male a decade ago.

Clark will be trying to lead McCracken into the state semifinals for the first time in program history. The Mustangs earned a bye into the state quarterfinals after Henderson County had to forfeit for COVID-related reasons last week.

Because of COVID, McCracken County hasn't been able to play games in back-to-back week in two months. But tomorrow, they're playing for some history. Clark says he's talked all week with his team about breaking through the Class 6A glass ceiling.

"In 6A, it's really synonymous with about four teams that everybody knows, and Male is at the top of that list, along with Trinity," Clark said. "If we get by this one, that's who we would see. Teams in this state have done it before. We know we have a tall mountain to climb, but we're excited about that opportunity. We want to earn that relevancy in 6A in the state of Kentucky, and these are the games you want to go play in."

McCracken County and Male will kick off at 6:30pm central time Friday night.