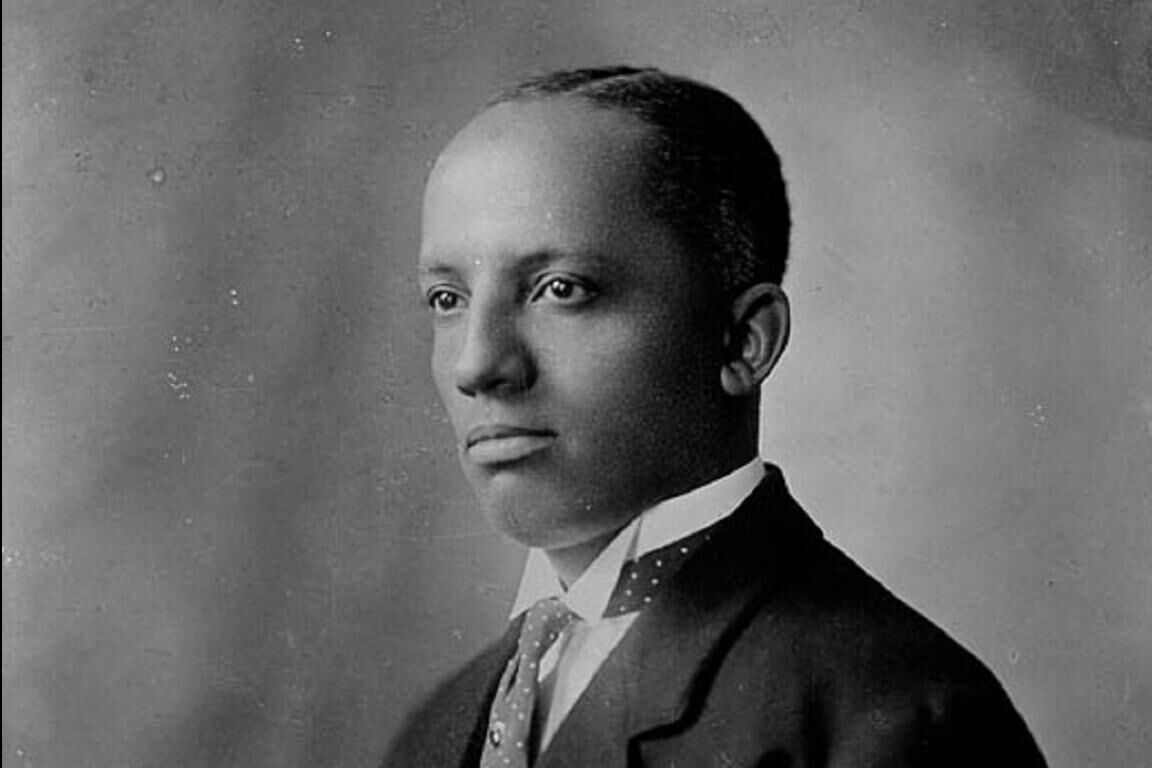 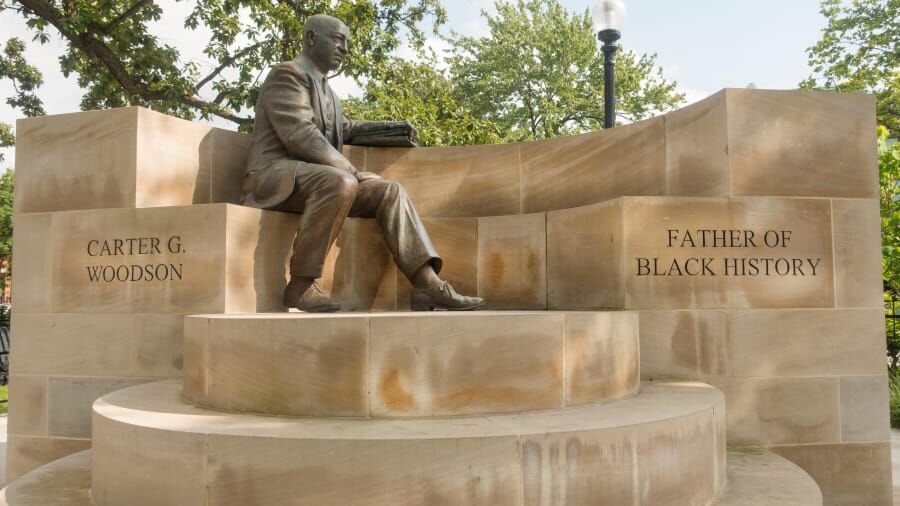 Woodson died in 1950, but his legacy and connection to Black History Month is forever memorialized. 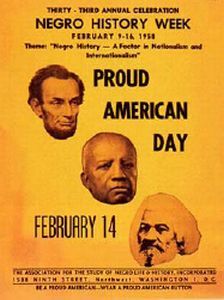 This 1958 poster announces what was then called Negro History Week.

PADUCAH — Black History Month is a time to remember and celebrate the achievements of African Americans. In the month of February, people are also urged to think about Black history as part of the American story.

What we know today as Black History Month begins in 1915 in Chicago, Illinois. Thousands of African Americans traveled there to mark the 50th Anniversary of the Civil War ending. Inside the city's coliseum, there are exhibits highlighting the progress of Black Americans.

Among those featured is a man named Carter G. Woodson. He was the son of two former slaves, and went on to earn a doctorate from Harvard University.

Dr. Lionel Kimble is a historian, author and professor at Chicago State University. He holds a Ph.D. in history and is an expert on Woodson.

"There was something special about Woodson, intellectually. I think one of my mentors would call Woodson a go-getter," Kimble said.

Woodson witnessed thousands of people standing outside to get into the coliseum that featured exhibits that highlighted achievements by Black Americans. The turnout and exhibits inspired Woodson and several prominent Black Chicagoans. The group returned to the now historic Wabash Avenue YMCA.

"And they form the Association for the Study of Negro Life and History in September of 1915," Kimble said.

The organization later grew into the Association for the Study of African American Life and History, or the ASALH, which is active and thriving today.

"The general mission is to promote, disseminate, protect, publish the story of African American people here in the United States," Kimble added.

But it wasn't until February 1926 when Woodson announced Negro History Week. February was selected as a way to honor two men who played a role in shaping Black history, and whose birthdays fall in that month: President Abraham Lincoln, who signed the Emancipation Proclamation, and Frederick Douglass, a former slave and abolitionist famous for his anti-slavery writings and public speeches.

Dr. Brian Clardy is an associate professor of history at Murray State University.

"For a number of years, it was Negro History Week and then eventually Black history week. It didn't really become expanded into a month until we get to 1976. Of course, this is the time when the Bicentennial is going on, and President Ford was the first American president to acknowledge and to recognize Black History Month," Clardy said.

He said the month brings attention to issues affecting African Americans that have long been ignored.

"In every facet of life — in sports, in drama, in culture, in politics, in literature — those contributions are virtually ignored in many standard texts, in many curricula. Now that's changing. That is changing," Clardy said.

Supporters of Black History Month argue it's important to learn specifically about Black history and its role in the American story as a whole. Clardy refers to them as pieces of the country's story that are simply unknown to many.

"It also goes back to slavery. It goes back to the oral stories passed down generation to generation. It manifests itself in food, in fashion, in music, in mannerisms, in coded language that African Americans understand and relate to that, and has a history to it," Clardy said.

"The better we get at teaching it and telling these stories about who we are — ordinary heroes and sheroes in the world — the better we all are," Lionel Kimble said.

Woodson died on April 3, 1950. In the 1980s under the Reagan administration, the U.S. Postal Service issued a Carter G. Woodson stamp as part of its Black heritage series.

In the 21st Century, amid the Black Lives Matter movement and reignited racial tensions, perhaps Black history is more important than ever before.

Black History Month is also recognized by governments in Canada, Ireland, the Netherlands and the United Kingdom.

The global movement remains strong, as do local efforts to highlight prominent African Americans that influenced communities. To read about those individuals in the Paducah-McCracken County area, click here.