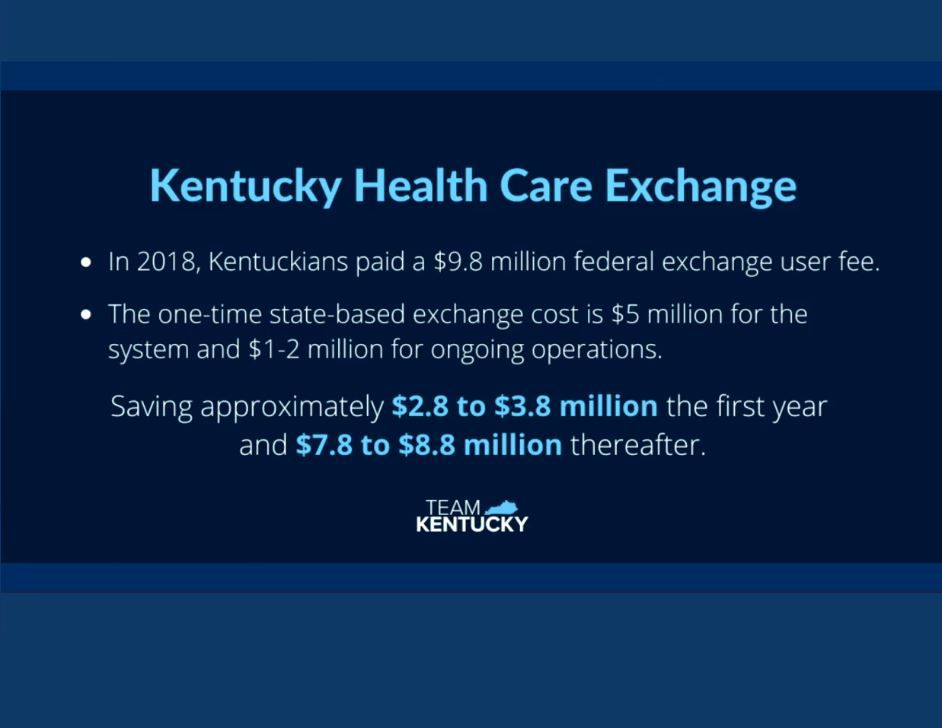 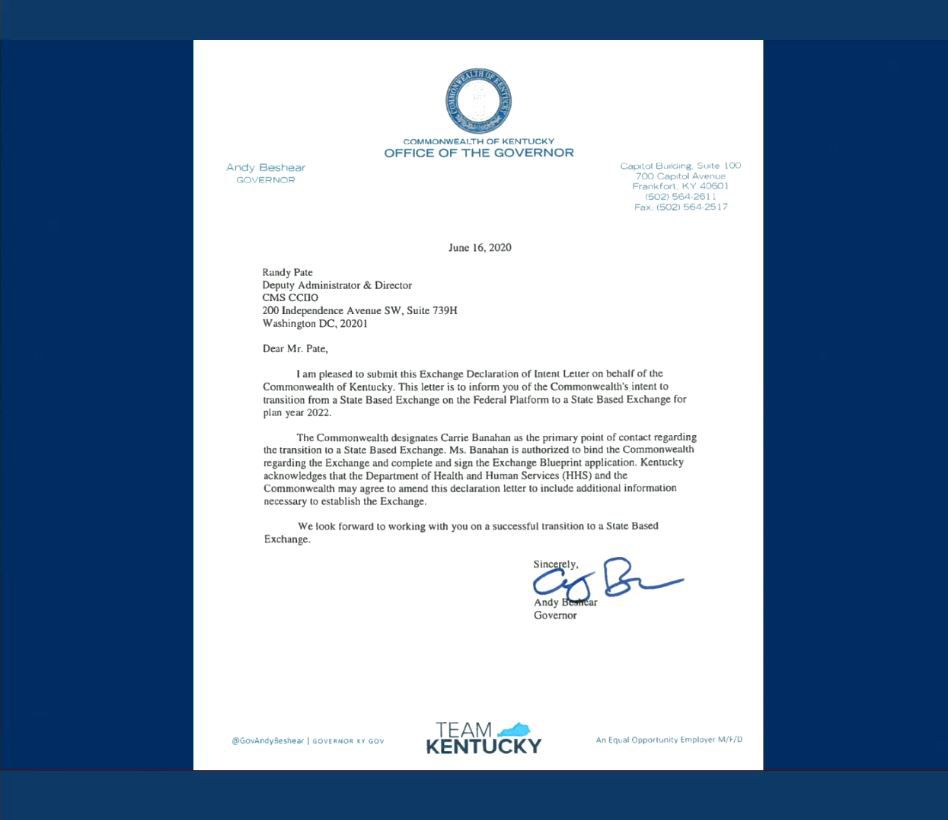 Speaking during a briefing on COVID-19 Wednesday, Beshear announced that he has submitted a declaration of intent letter to the Centers for Medicare and Medicaid Services to transition to a state-based health care exchange beginning Jan. 1, 2022.

Beshear said reviving Kynect is a "no brainer" that will provide more health care options for Kentuckians. The governor said the process will take time. The state will have to give notice to the federal government and go through a process that will take a couple of years to complete. While Beshear said he likes moving faster than that, "this gives us time to do it right."

The governor said switching back to a state-based system will save Kentucky about $2.8 million to $3.8 million in the first year, and $7.8 million to $8.8 million afterwards.

During that COVID-19 briefing, Beshear also announced 170 new COVID-19 cases in Kentucky, as well as six additional lives lost in connection to the disease.

Beshear said 416 Kentuckians are currently hospitalized because of the illness, including 61 in intensive care units.