The order means that all three major Biden vaccine policies for people not employed by the federal government — the mandates for contractors, certain health care workers and employees of larger companies — are frozen across the country.

The contractor mandate had already been blocked in Kentucky, Ohio and Tennessee after an order was issued in a separate case.

"In contrast, declining to issue a preliminary injunction would force Plaintiffs to comply with the mandate, requiring them to make decisions which would significantly alter their ability to perform federal contract work which is critical to their operations," Baker wrote.

The case was initially brought by seven states, led by Georgia. Associated Builders and Contractors, a trade organization, as well as its local Georgia chapter, sought to intervene in the case — a request the judge partially granted. The national trade organization had also asked the judge to block the mandate — leading him to block the vaccine rules nationwide while the case plays out.

Baker said that requiring compliance with the federal contractor rules "would likely be life altering for many of Plaintiffs' employees as Plaintiffs would be required to decide whether an employee who refuses to be vaccinated can, in practicality, be reassigned to another office or another task or whether the employee instead must be terminated."

The judge, in issuing the nationwide injunction, said that issuing a more limited ruling covering certain states "would prove unwieldy and would only cause more confusion." 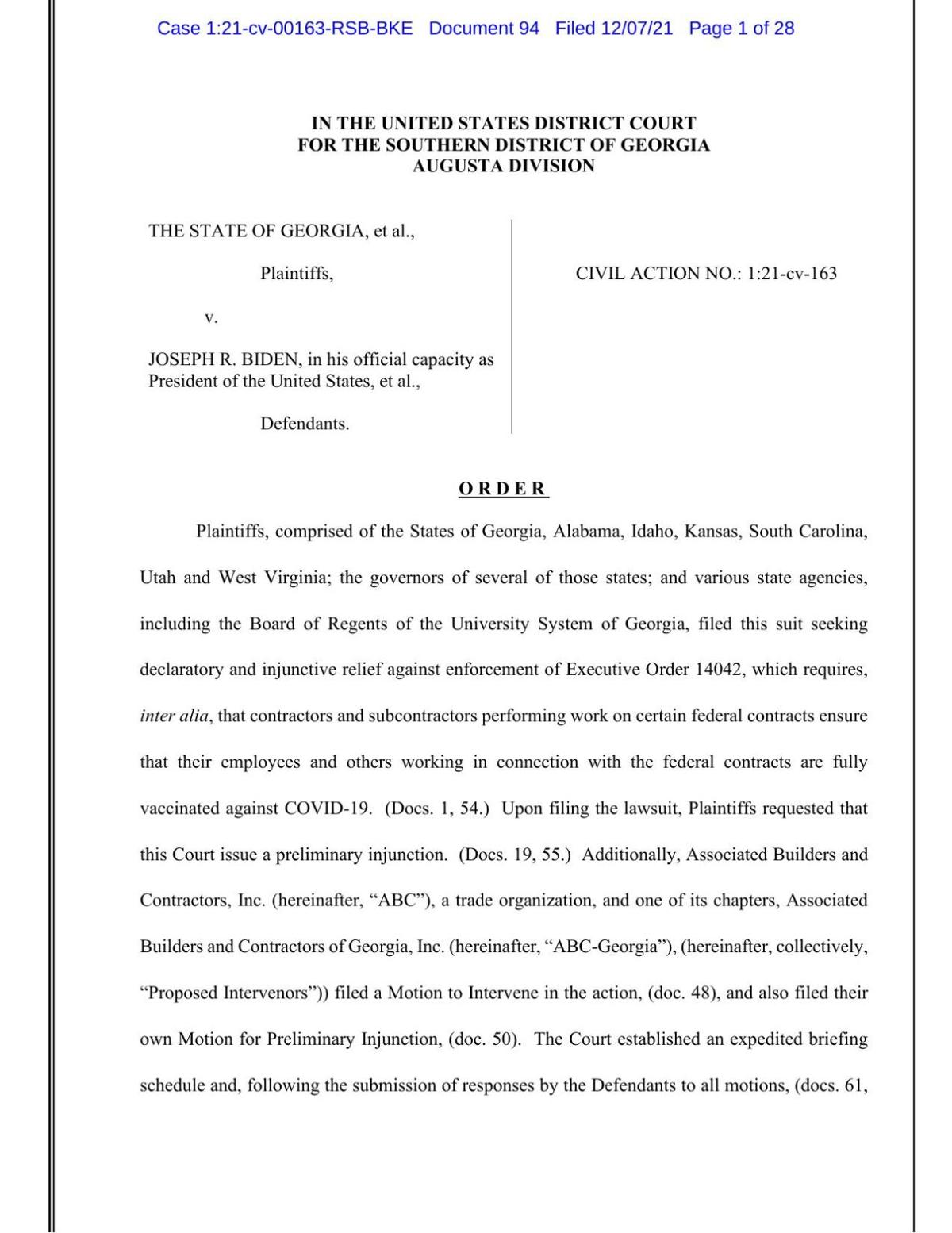