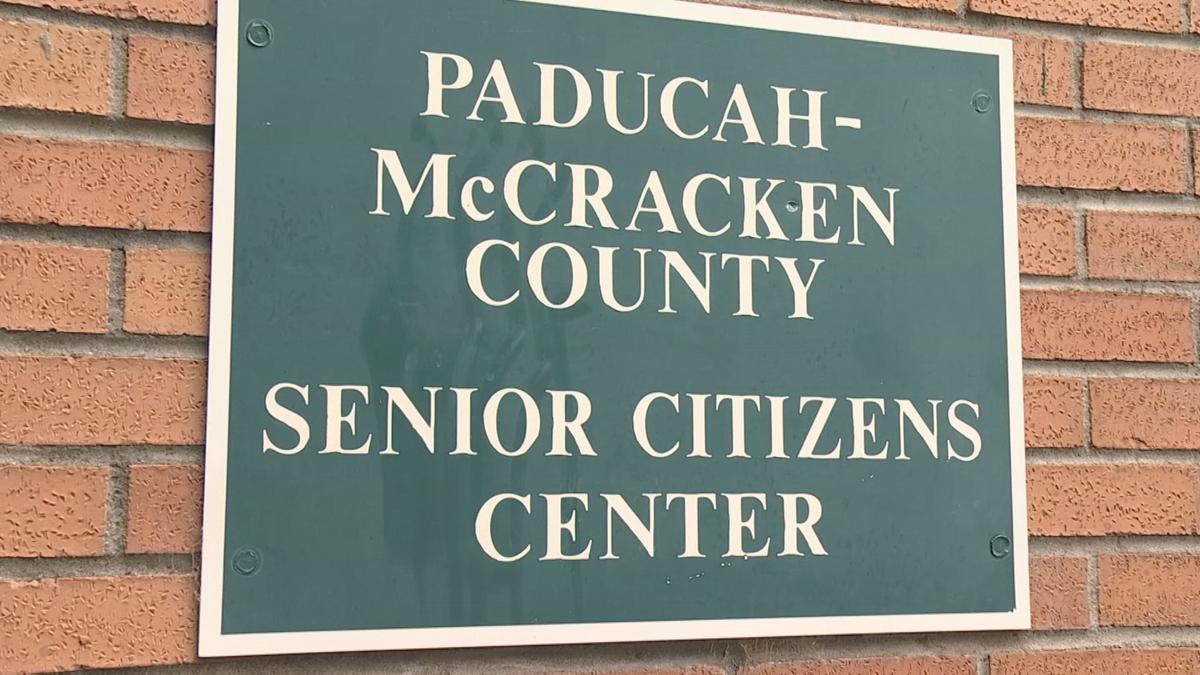 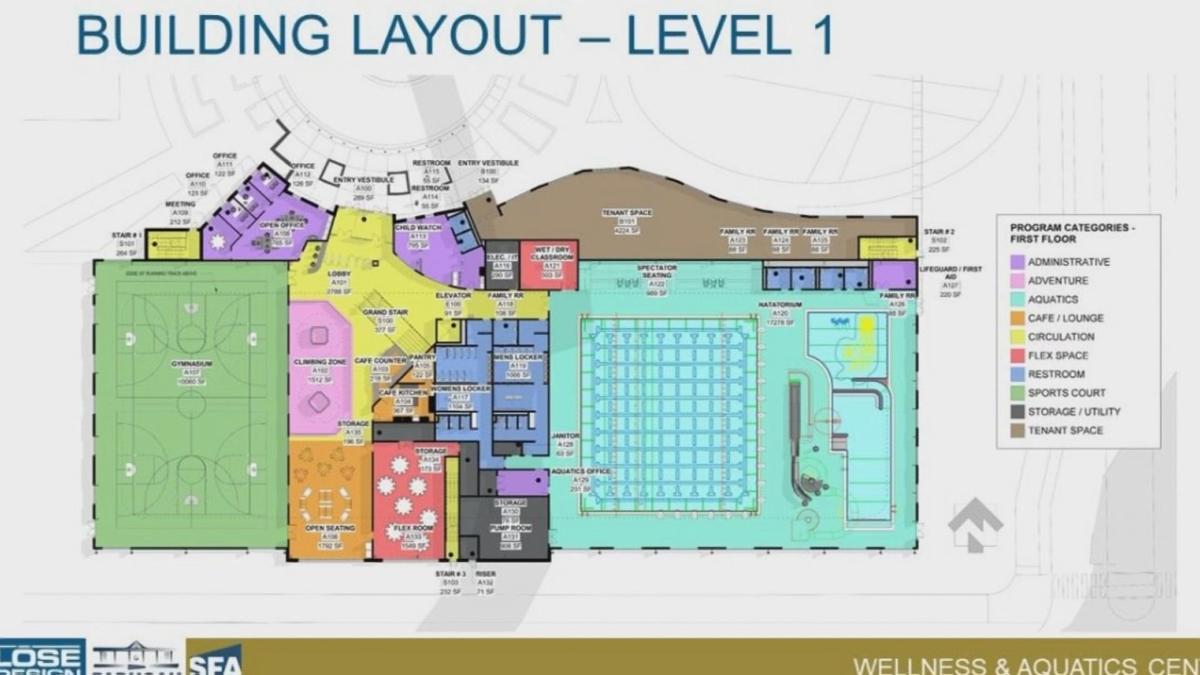 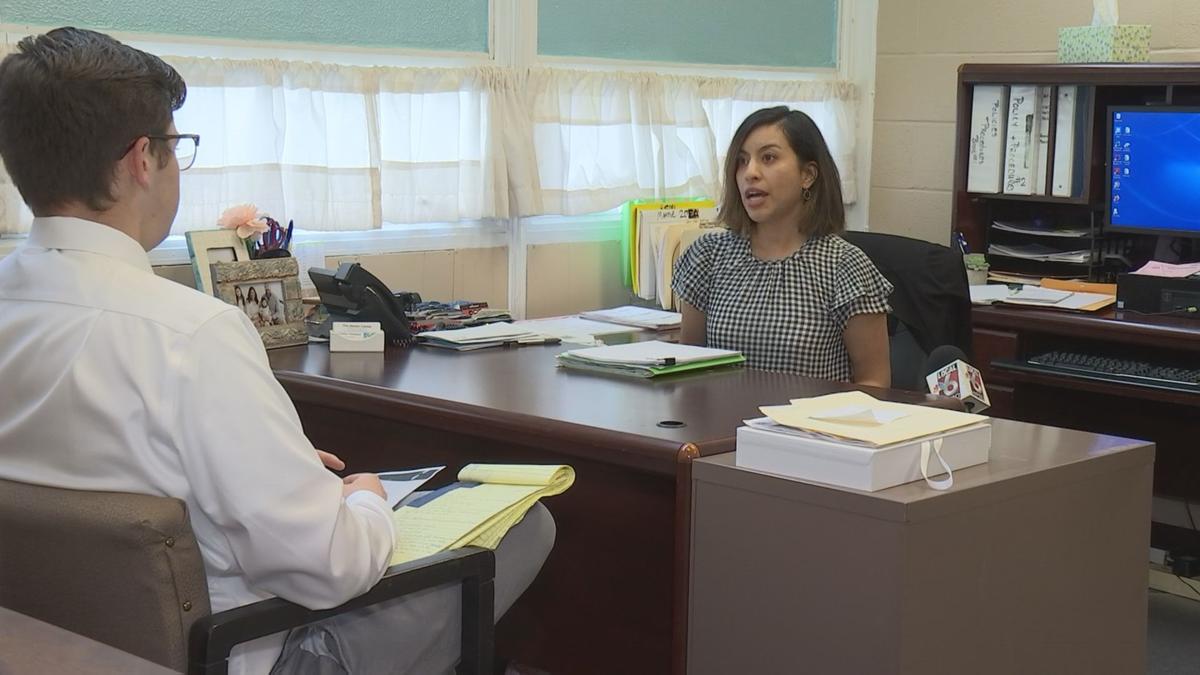 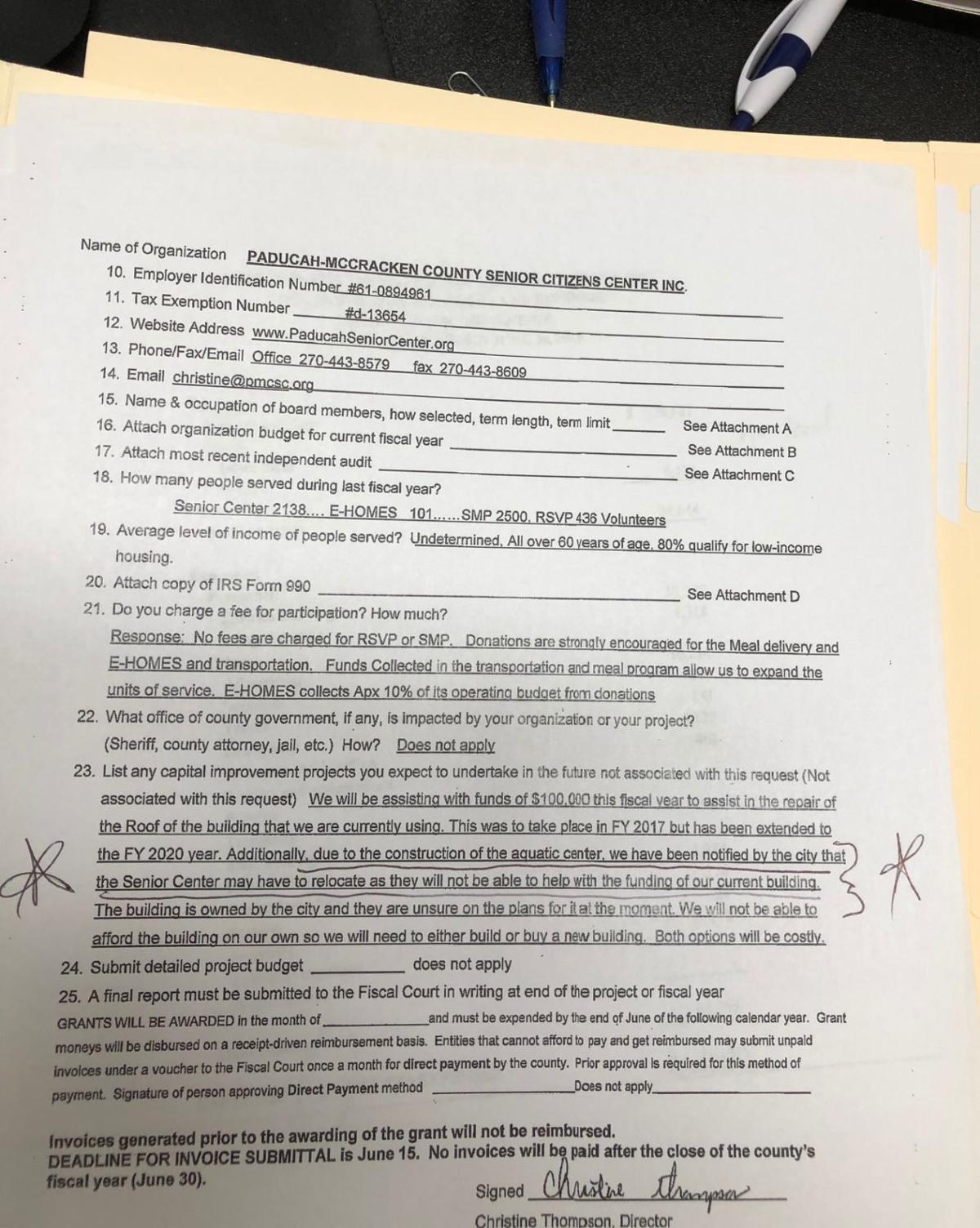 Thompson wrote, in the senior center's grant application to the county, about a possible relocation because of the aquatic center.

The county is facing a budget shortfall of more than $1 million for the next fiscal year. That's due in part to the state's pension shortfall.

The city of Paducah provides the space for the center on H.C. Mathis Drive, across from Noble Park. Tuesday's county budget meeting revealed some confusion concerning how the city's indoor recreation and aquatic center project might impact the senior center.

"It sounds like at least the proposal is zero there," Clymer said about the senior center during the McCracken County Fiscal Court meeting on Tuesday.

It was a budget meeting that will have a big impact on the center's ability to provide for its seniors. Senior Citizen's Center Executive Director Christine Thompson said it will shape how they can operate next year.

"We'll have to readjust our numbers and kind of, unfortunately, pick and choose where that money, what program that money should go to. And it'll go to what's the biggest need," Thompson said.

The Paducah McCracken County Senior Center gets its funding from grant programs, as well as donations. The cost of the building and it's utilities are all covered by the city of Paducah. The county's fiscal court meeting caused some confusion regarding the city's future role with the senior center. Clymer read part of the senior center's grant application to the fiscal court.

"Due to the construction of the aquatic center, we have been notified by the city that the Senior Center may have to relocate as they will not be able to help with the funding of our current building," Clymer said while reading the grant application.

"So then the discussion went to, you know, if we had to relocate, what are our options? What can we do?" Thompson said. "So we're just trying to keep our options open, seeing that that might be a possibility that might happen, and it may not."

Mayor Brandi Harless was unavailable for an on-camera interview on Tuesday.

She responded by text message, saying, "She (Thompson) must have misunderstood our conversation...We decided to keep things the way they are with them."

City Manager Jim Arndt was also unavailable. He echoed that there was a "miscommunication" between the city and the senior center via text as well.

Thompson said budgeting will be an uncertainty moving forward.

"Expect the worst, and hope for the best," Thompson said.

The Paducah McCracken County Senior Center is currently closed because of the pandemic. Thompson said the center is still providing its meal delivery service to help the seniors it serves.

The city's aquatic center project is postponed until July 27 of this year.