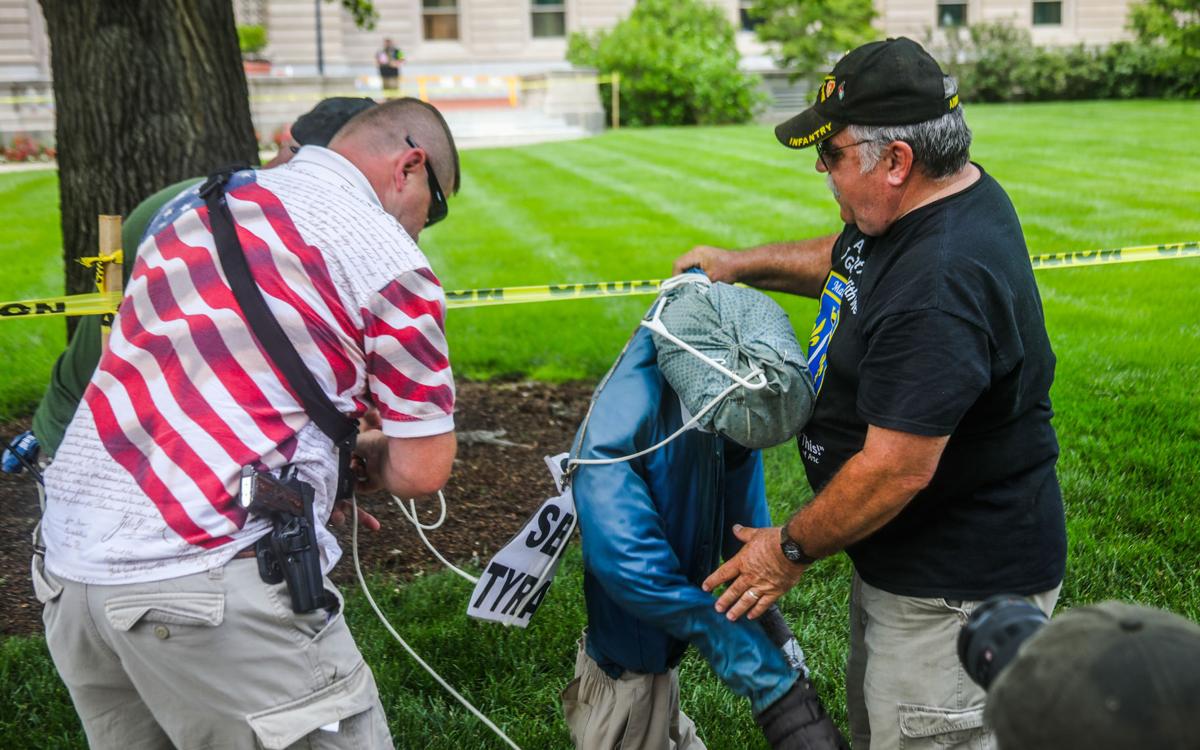 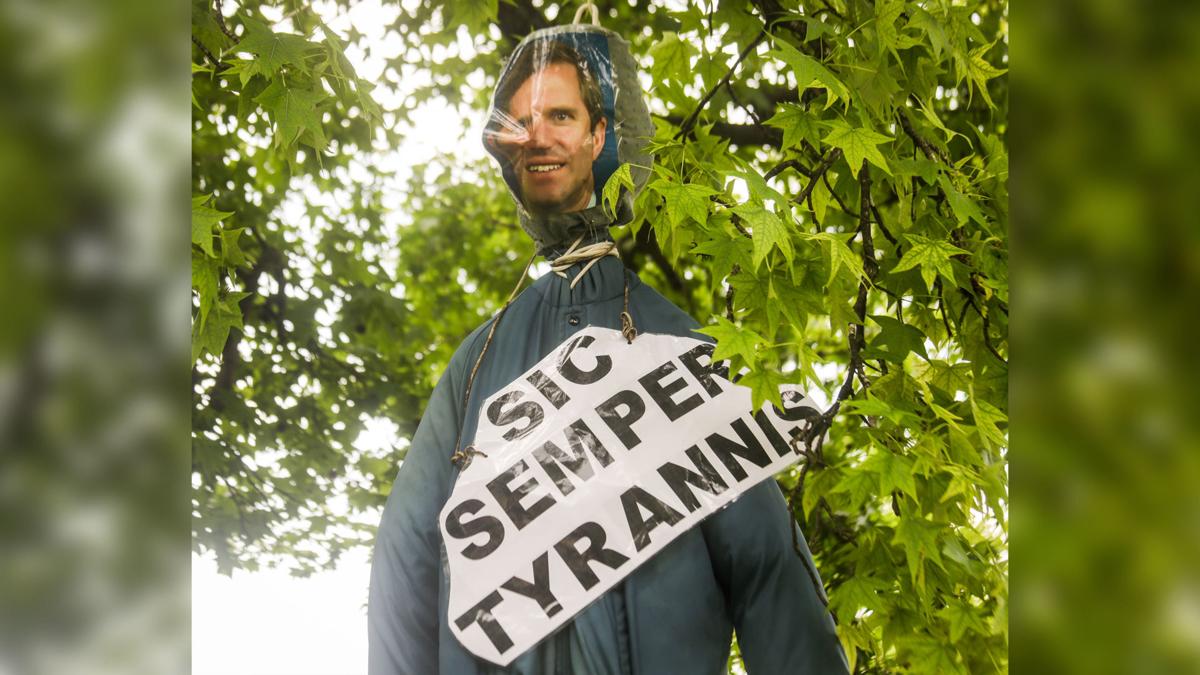 Freelance journalist Gerry Seavo James was documenting a second amendment rally when an effigy of Gov. Andy Beshear was hung.

FRANKFORT, KY — A group of people at a Second Amendment rally hung an effigy of Gov. Andy Beshear from a tree on Sunday.

No one came to the door, the newspaper reports, and the crowd headed back to the capitol, where the effigy was hung from a tree while "God Bless the USA" played over a loud speaker.

Freelance journalist Gerry Seavo James tells CNN after the effigy was hung, another man cut it down. "There's a gentleman that came up. He was pretty upset about it, and he cut it down. And he was like this has no place at this rally. We're trying to be peaceful," James said.

Leaders of the Kentucky House and Senate each released statements Sunday night condemning the protester's actions, as did Senate Majority Leader Mitch McConnell.

"As a strong defender of the First Amendment, I believe Americans have the right to peacefully protest. However, today’s action toward Governor Beshear is unacceptable. There is no place for hate in Kentucky."

In a statement to CNN, Beshear Communications Director Crystal Staley writes: "The act that was displayed on Capitol grounds today, near where the Governor and his young children live, was wrong and offensive. This type of behavior must be condemned. As Kentuckians we should be able to voice our opinions without turning to hate and threats of violence. Put simply — we are and should be better than this."

.@SenateMajLdr: “As a strong defender of the First Amendment, I believe Americans have the right to peacefully protest. However, today’s action toward Governor Beshear is unacceptable. There is no place for hate in Kentucky.”

"The actions of the individuals at the capitol today were completely reprehensible. I disagree with Governor Andy Beshear on many issues. However, this is not the way to disagree on policy or personalities. The General Assembly will continue to work on behalf of Kentuckians, to guide us through this difficult era, but in no way will we endorse this type of conduct."

"I am outraged that a group hung an effigy of Governor Beshear today at the Capitol and the House Majority Caucus Condemns this act of hatred. The party of Lincoln will not condone this. There is no place in a civil society for it, nor is there any good to be accomplished from it. This weekend we honor those who died defending our right to speak freely. Today's actions are an insult to their sacrifice and the kind of incendiary action that can only cause harm."

A statement from Speaker David Osborne on behalf of the entire House Majority Caucus: pic.twitter.com/tGdYaTCJp3

The Republican Party of Kentucky also condemned the effigy in a statement via Twitter, which reads:

"What occurred at today's rally was unacceptable and has no place in Kentucky's political discourse. The Republican Party of Kentucky strongly condemns the violent imagery against the Governor in today's protest."

What occurred at today's rally was unacceptable and has no place in Kentucky's political discourse. The Republican Party of Kentucky strongly condemns the violent imagery against the Governor in today's protest.

Kentucky leaders who represent communities in the Local 6 area have also spoke out against the protester's actions in statements sent to Local 6.

"The actions on the Capitol lawn yesterday were disgusting and highly inappropriate. I strongly condemn such an act of hatred and believe such behavior has no place in the current debate, or any political debate."

"I thought the act was reprehensible! Many people in the Commonwealth are furious with the Governor, including me, but this is not the way to express that anger. Because of this asinine act the entire point of the rally was lost."

“Regardless of what anyone thinks of the job Governor Beshear is doing or the policies put forth in recent months, hanging him in effigy and going to the lawn of the mansion demanding that he come out are unacceptable and despicable acts that have no place in a civil society.”

Note: This story has been updated on May 25, 2020, with more details, adding statements from west Kentucky leaders and Senate Majority Leader Mitch McConnell.