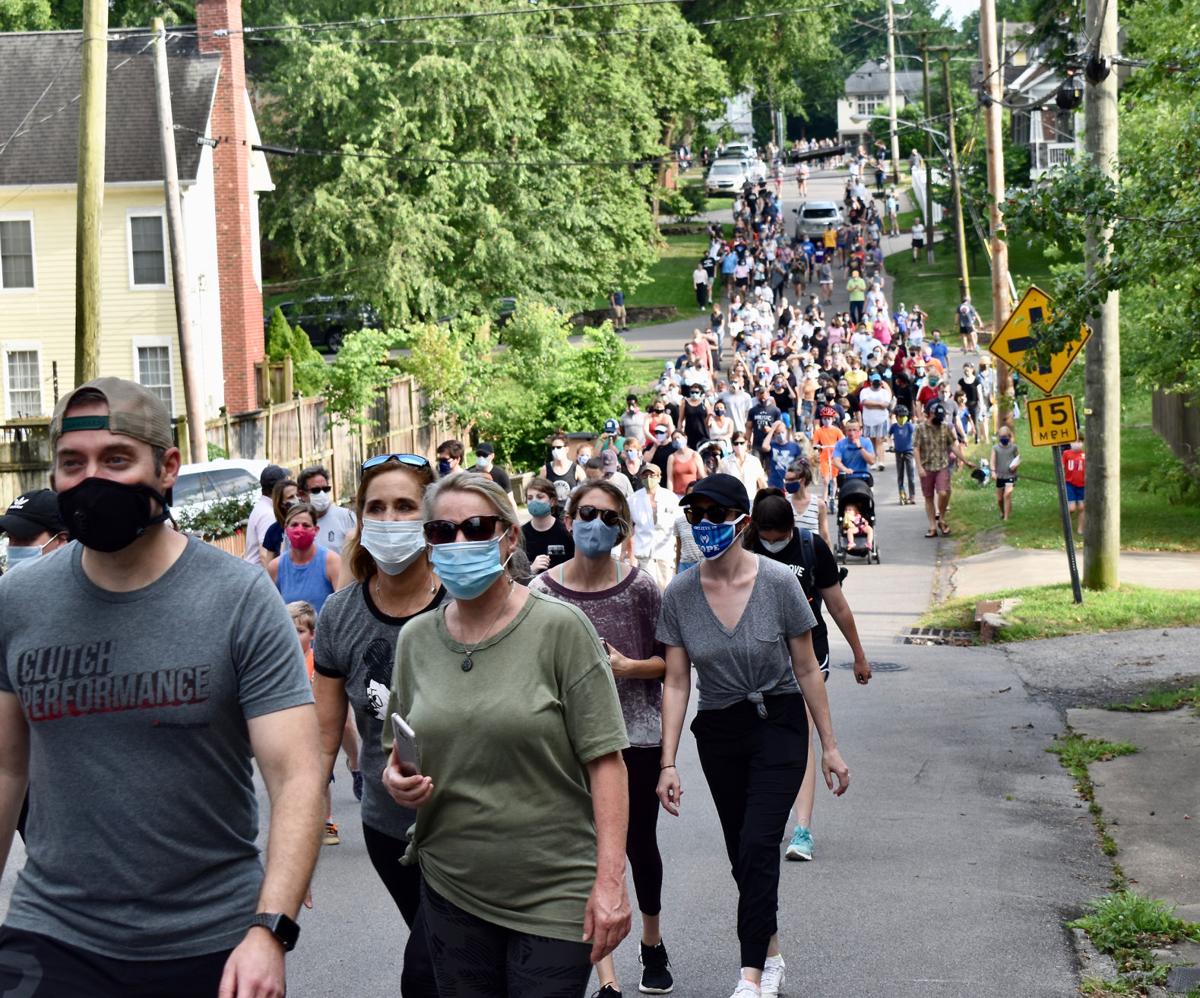 Hundreds of people in Nashville are now joining the Walks With Shawn. 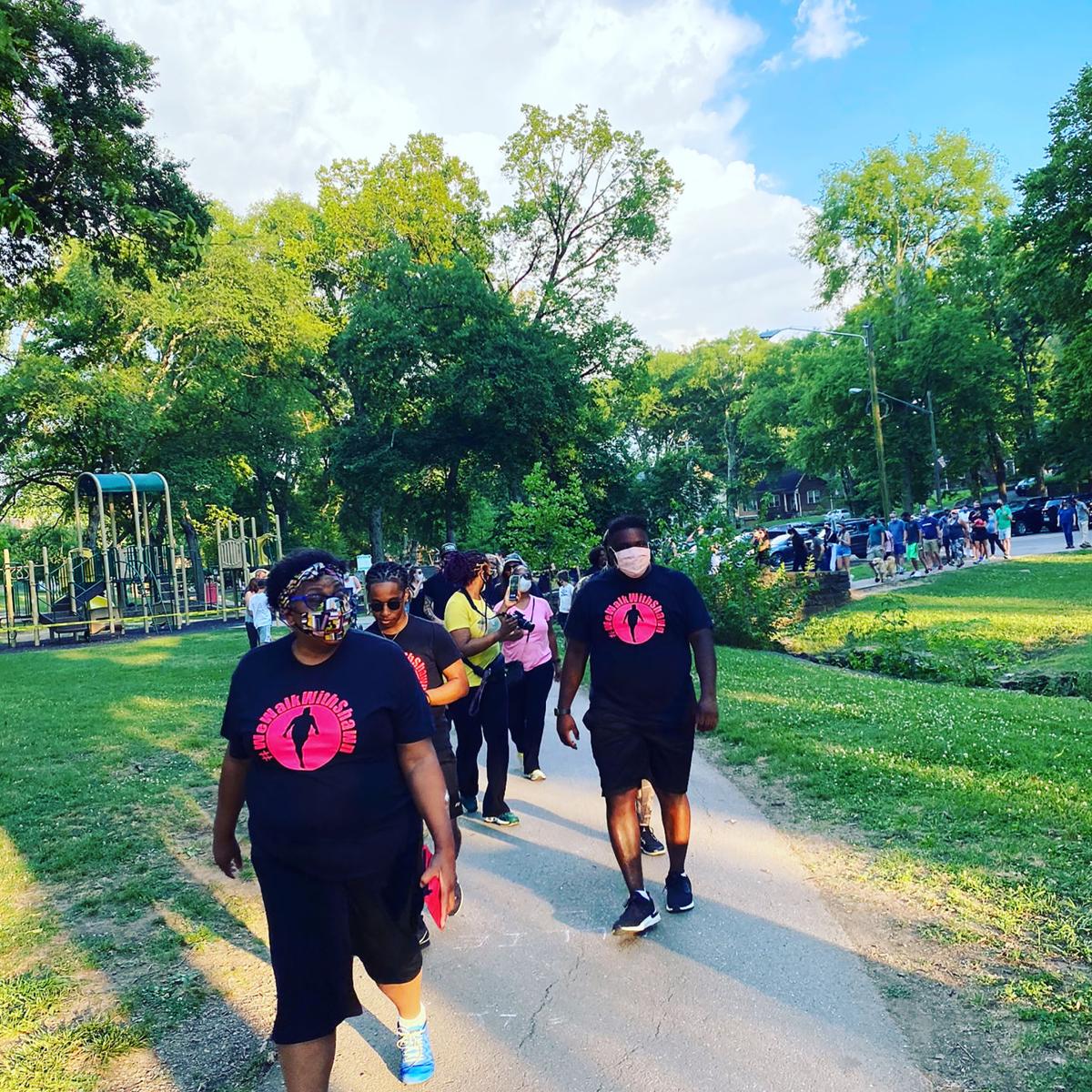 Shawn Dromgoole and his mother,  Lynetra Dunn, on one of their walks 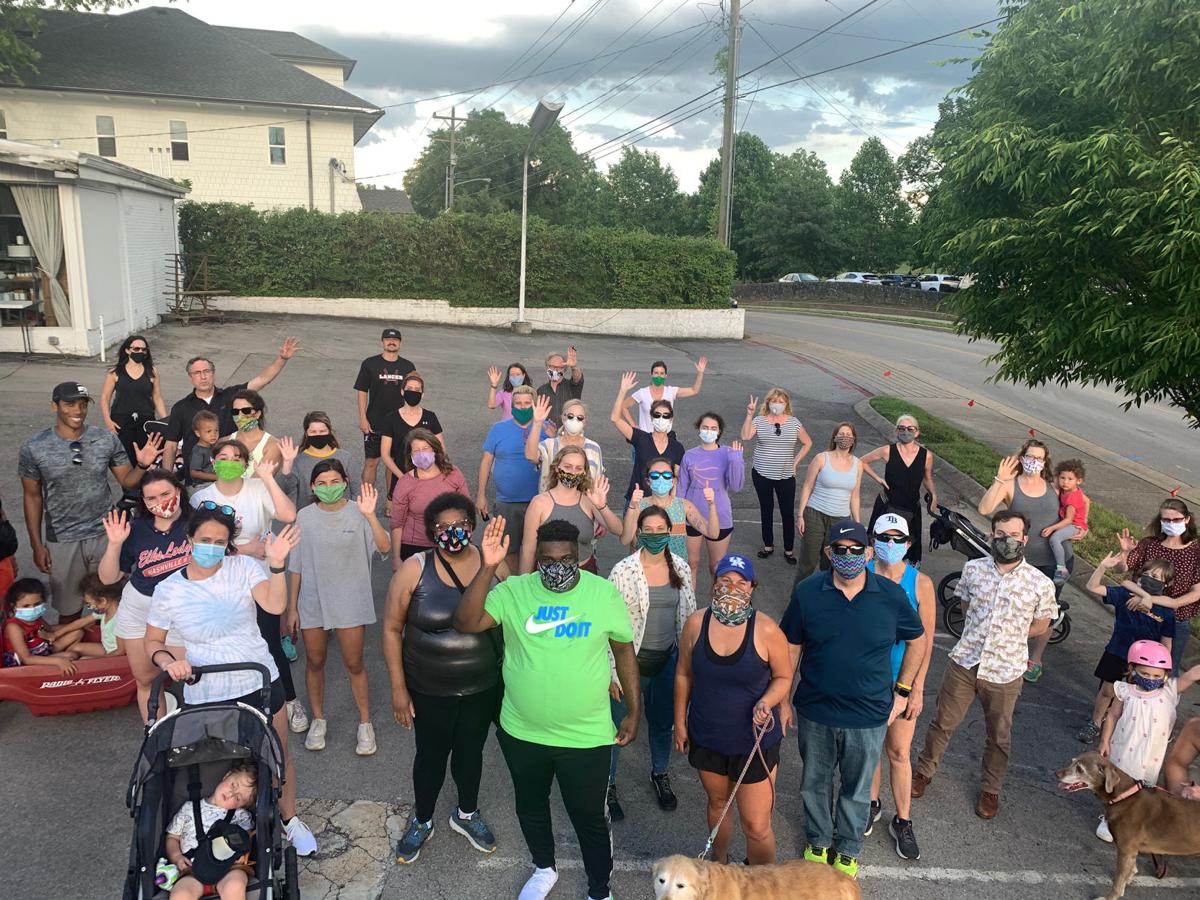 Shawn Dromgoole and people from nearby neighborhoods who participated in "Walk With Shawn."

(CNN) -- Hundreds of people in a Tennessee man's community are marching by his side after he shared his fears of walking in his neighborhood because he is Black.

Shawn Dromgoole, 29, grew up in the 12 South neighborhood in Nashville, where his family has lived since 1966 when his grandmother bought a home there. They were once surrounded by other Black families, businesses and communities -- and for decades, they felt like they belonged.

But 54 years after his grandmother first moved there, Dromgoole said he felt like he couldn't even safely take a walk in his neighborhood without fearing for his life.

"Yesterday I wanted to walk around my neighborhood, but the fear of not returning home to my family alive kept me on my front porch," he wrote on May 27, in a post on the neighborhood social network app Nextdoor and on Facebook.

"Today I wanted to walk again and I could not make it off the porch. Then I called my mother and she said she would walk with me. I still kept my ID on me and my phone in my hand but I walked. #ICan'tBreath #ICan'tSleep #ICan'tWalk."

By that evening, more than 300 people from his neighborhood and other nearby communities had commented on the post. All of them offered to walk with him.

"I really didn't expect anything," he said of his social media post. "I made a post simply about the way I felt, without asking for anyone to walk with me or anything like that. But one by one, people kept replying saying they would walk with me and I was like, okay. Let's walk tomorrow."

One day after making the post, more than 75 people showed up to "Walk With Shawn."

And the movement hasn't stopped since.

A community walks with Shawn

Born and raised in Nashville, Dromgoole never expected to wake up one day to realize he didn't recognize a single person in his gentrified neighborhood.

"Once upon a time that entire neighborhood was our family," Dromgoole told CNN. "Years later property taxes ran our people out of the neighborhood, they moved out and new people moved in and all of a sudden we didn't belong. We knew none of our neighbors, which is okay unless you're a Black American."

But it was the death of Ahmaud Arbery -- a Black man who was shot and killed while jogging through a predominantly white neighborhood in Georgia -- that made Dromgoole realize how dangerous it could be walking around as a Black man.

"After Ahmaud died, it just terrified me," he said. "It was like, wait a minute. I could turn around the corner any given time and someone who think I'm suspicious could shoot me for walking while Black."

"That is very true of my neighborhood especially because while I grew up here and my family has lived on the same corner for 54 years, I have become the anomaly. Now I'm the suspicious Black man."

But after his social media post went viral, he started feeling differently about his community.

Dromgoole has has held another four walks in his neighborhood, with about 300 people attending each one. One of the bigger walks attracted more than 800 people.

Kerry Conley, one of his neighbors, said she found out about Dromgoole after reading his post on Nextdoor.

"I was heartbroken that anyone who has lived his whole life, and his family has lived in 12 South for over 54 years, felt unsafe," Conley told CNN. "I was upset at myself that I have lived here for 15 years and just a few streets away and did not know Shawn or his family."

Since then, she has organized and led every "Walk With Shawn" along with Dromgoole's mother, Lynetra Dunn.

"I don't want anyone in our neighborhood or anywhere to not feel safe or welcome," Conley said. "It wasn't an option to not be there and walk with Shawn. I will never know what it is like to feel that way but I had to let him know that my house is a safe place and I will always walk with him."

Taking his walks across the country

When his story began to spread, Dromgoole started getting messages from hundreds of people outside of Tennessee sharing similar stories of fear. The outreach from others immediately inspired his next goal.

"I want to walk with anyone who doesn't feel safe in their community, specifically Black people," he said. "I want to help humanize us because so often we are deemed a threat and it's not fair. We're normal humans trying to survive like everyone else."

He plans to travel across the country wherever he receives requests from people asking if he would walk with them. His first stop was Shaker Heights, Ohio, where he joined EPIC, a summer camp for middle and high school students for a walk, last Thursday.

"I want people to realize that everyone is someone's neighbor and we don't need to be harming each other because of preconceived notions and biases."

Some other places he plans to walk in include: Brunswick, Georgia, where Arbery was killed; Miami Gardens, Florida, where 17-year-old Trayvon Martin lived before he was fatally shot in 2012; and Cleveland, Ohio, where 12-year-old Tamir Rice's life was taken in 2014.

To help fund his walks across the US, Conley launched a GoFundMe. Nearly $9,000 has been raised so far to help Dromgoole with his mission to travel the country and walk alongside other Black people who share his fears.

The next "Walk With Shawn" in his Nashville community will be held on Saturday, June 27.