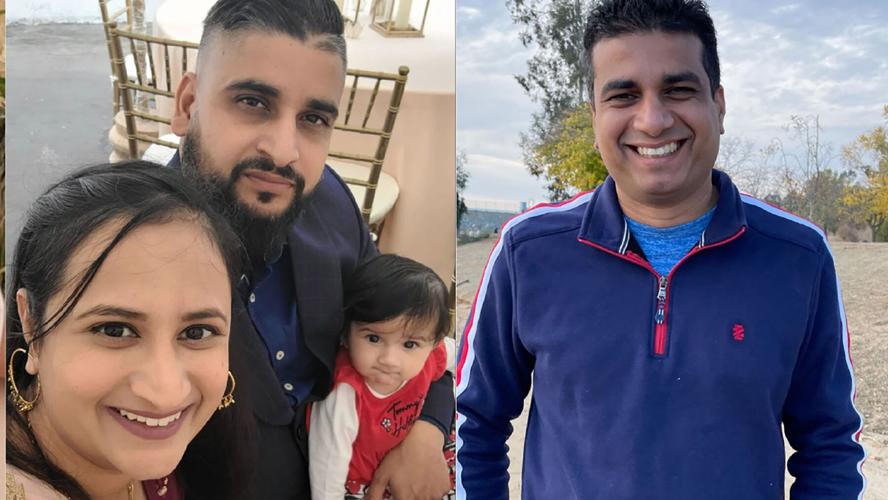 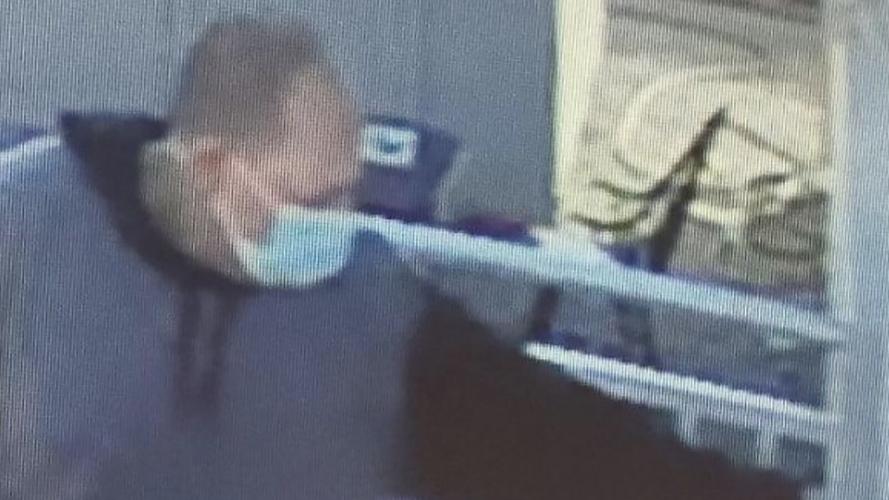 Investigators released this photo of a man October 3 they say is a suspect in the kidnappings.

(CNN) — The search for a family of four kidnapped in California ended Wednesday with authorities recovering their bodies from a rural farm area days after being abducted at gunpoint.

Family of 4 missing after being 'taken against their will' in California, person of interest in custody

The body of 8-month-old Aroohi Dheri was found in the same general area as her parents Jasleen Kaur and Jasdeep Singh, along with the body of the child's uncle Amandeep Singh, Warnke said. Authorities received a call to the area Wednesday afternoon, he said.

The family had been missing since Monday, when authorities said they were kidnapped by a man armed with a gun and forced into a truck.

Police have taken into custody a man they consider a person of interest in the case. The man is speaking with authorities and a motive remains unclear at this time, the sheriff said.

Before the bodies were found, family members were imploring the public for any information related to the case.

"Every store, gas stations, everybody who has cameras please check the cameras," Sukhdeep Singh, a brother of one of the victims, told reporters Wednesday. "We need the public's help right now. Please help us ... so my family comes home safe."

Another relative, identified only as Balvinder, described the family as "peace loving" and said they own a small business and are longtime residents of the area.

"We are devastated. We are shocked. We are dying every moment not finding any clues," Balvinder said.

Warnke said he believes at least one other person was involved in the kidnapping but "we don't have any evidence to support that."

In a video shown at a news conference earlier Wednesday, Jasdeep and Amandeep Singh are seen arriving at the family trucking business nine minutes apart. Shortly before 9 a.m. Monday, Jasdeep encounters a man outside the business — who carried a trash bag and then pulled out what appeared to be a firearm.

Jasdeep and Amandeep, hands tied behind their backs, are later seen being escorted by the gunman into the back of a truck, which leaves and returns six minutes later.

The gunman then reenters the business and is seen taking Jasleen, who is carrying baby Aroohi, to the pickup.

A farmer found two of the victims' cell phones on a road Monday, authorities said. The farmer at one point answered the phone and spoke with a relative of the victims.

'We have no motivation behind it'

The person of interest, who attempted to take his life, was sedated because he has been violent at the hospital.

No charges have been filed, according to the DA's office. CNN is not naming the man in custody.

According to the Merced County Sheriff's Office, the investigation began Monday at 11:39 a.m., when the California Highway Patrol responded to a 2020 Dodge Ram that was on fire and asked the Merced Police Department to help track down the vehicle's owner.

Roughly an hour later, at 12:35 p.m., Merced police officers arrived at the truck owner's address and met with a family member there. Officers tried to contact the couple and the child's uncle, but they were not able to reach them.

Later Monday, at 1:04 p.m., officers with the Merced County Sheriff's Office responded to a business on South Highway 59. "During the primary investigation, Detectives determined that the individuals were kidnapped," the sheriff's office stated Tuesday.

The kidnapping involved a gun and restraints, according to Deputy Alexandra Britton, public information officer for the sheriff's office.

In an initial statement about the case Monday, the sheriff's office said it believed the family was taken "against their will" from a business in the 800 block of South Highway 59 in Merced, which sits between Modesto and Fresno in central California.

"We have no motivation behind it. We just know they are gone," Warnke said in a video message posted on Facebook.

Warnke also said investigators collected evidence that indicates "the individuals involved in this destroyed evidence in an attempt to cover up their tracks."

On Tuesday, authorities took a 48-year-old man into custody as a person of interest in the case.

Britton said the man's family had contacted law enforcement and told them the man admitted being involved in the kidnapping. Law enforcement made contact with the man after the family's call.

As they investigate, the Merced County Sheriff's Office continues to ask the public to contact its office at 209-385-7547 to share any information they may have regarding the case. The FBI and the California justice department are also investigating.

Investigators learned Tuesday morning that an ATM card belonging to one of the victims was used at a bank in Atwater, California, the sheriff's office said in a statement. Atwater is about nine miles northwest of Merced. Britton said it is unclear whether the 48-year-old in custody is the person who used that card.

After that transaction, investigators were able to identify the 48-year-old man as a person of interest in the case and later took him into custody, officials said.

The man tried to take his life before law enforcement involvement, and he was in critical condition Tuesday, according to the sheriff's office.

Authorities were working to confirm the man in custody is the same suspect they released photos of Monday, Alexandra Britton, a spokesperson for the sheriff's office, told CNN.

On Monday, officials described the suspect as a man with a shaved head and was last seen wearing a hooded sweatshirt. He was considered armed and dangerous, officials said.