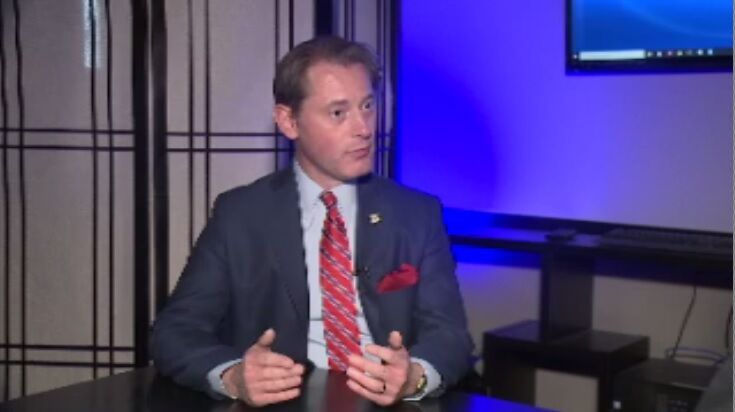 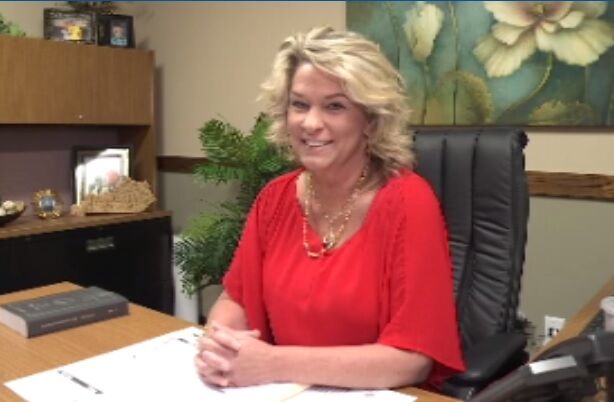 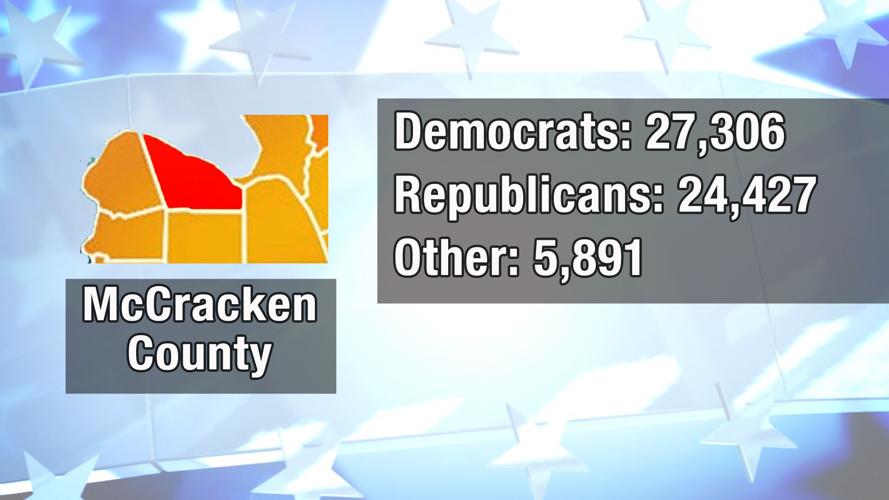 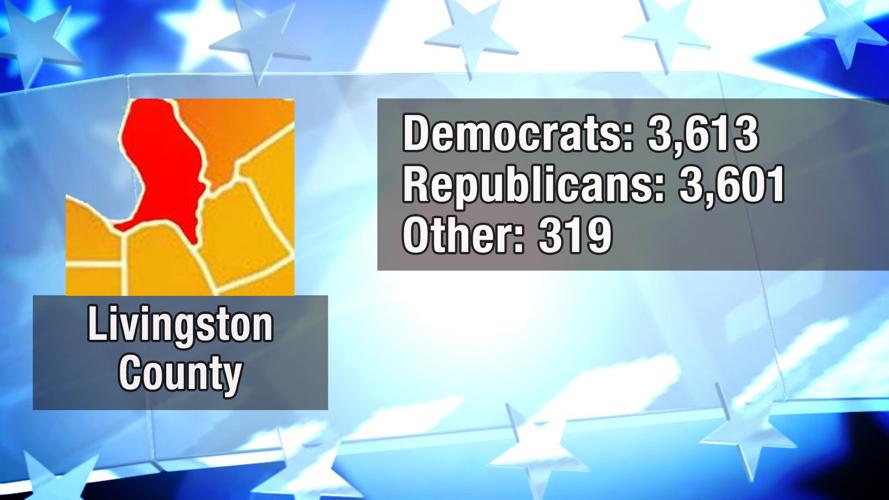 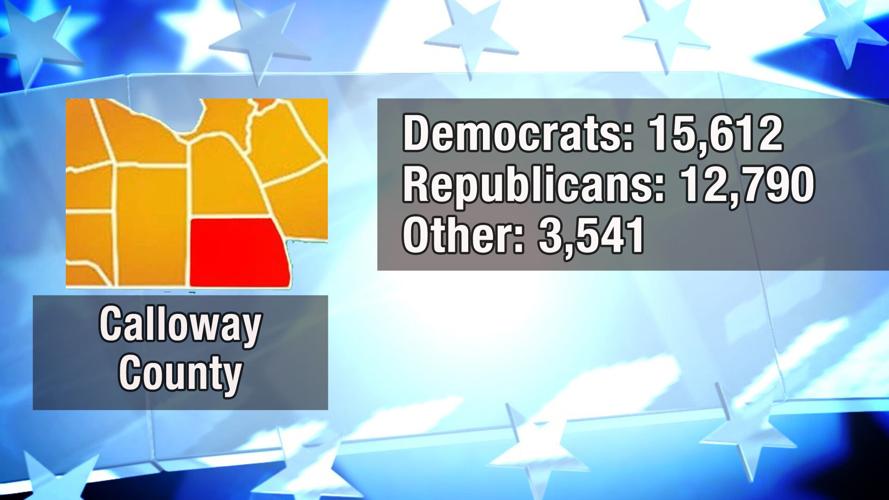 PADUCAH — From a Democratic stronghold to a Republican juggernaut: That's the path Kentucky politics has taken over the past 100 years or so.

Why is it that Kentucky voters have made this political shift over time? There are many reasons and all of them are part of our American Truth.

Republican Secretary of State Michael Adams recognizes the decades-long shift of the Kentucky electorate to lean more right than left. However, he's quick to point out that he beat his Democratic opponent in 2019 by only four points.

"Democrats still have more registered voters than Republicans. That's not a bad thing. I like having competitive politics. That makes each campaign have to be good. That makes each party have to be good. I don't think we're as red as people think we are. So, I do think we're certainly getting more Republican. The registration is finally catching up to the voting behavior, but the voting behavior is more republican at the presidential level and federal level because the issue set is more about cultural issues a lot," Adams said.

In the last six presidential elections, Kentucky's eight electoral votes have gone to the Republican candidate.

Al Cross is Director of the Institute for Rural Journalism and Community Issues at The University of Kentucky. He's also a journalist and political columnist.

"(Kentucky is) as much Republican today as it was in 2016. This used to be a lively democratic state except in presidential elections," Cross said.

Only four times since 1956 has Kentucky helped put a Democrat in the White House.

In 1964, Kentucky voters supported Lyndon B. Johnson. The state went blue again in 1976 when backing Jimmy Carter. Kentucky also helped carry Bill Clinton over the finish line twice, once in 1992 and in 1996.

While broadly speaking Republican candidates ruled the roost at the federal level the opposite was true at the state and local levels. Only three times in the last 70 years has Kentucky put a Republican in the governor's office. Those three candidates are Louie B. Nunn in 1967, Ernie Fletcher in 2003 and Matt Bevin in 2015.

Kentucky, especially western Kentucky, has been a Democratic stronghold for the past 100 years. So, why have more people in Kentucky moved away from the Democratic Party?

Cross said there are three reasons why and the first was the Civil Rights Movement. .

"You don't change culture. Some people say Kentucky joined the losing side after the Civil War, but it was always southern culture. And when Civil Rights came along and Kentuckians considered that, most of them frankly didn't like it that much," Cross said.

The Civil Rights Movement was the start of social issues helping to separate Kentucky Democrats from the national party.

The second reason for the shift was the Vietnam War. It was a quagmire many Americans and Kentucky Democrats wanted to distance themselves from.

"Effectively, Lyndon Johnson being run out of office by his own democrats because of the war," Cross said.

The third reason more Kentucky Democrats moved away from the party was the 1973 Roe vs. Wade ruling by the U.S. Supreme Court involving abortion.

"It took a while for Republicans to adopt that as a party platform plank, but they did in 1980. And that's one reason Ronald Reagan carried the state in 1980," Cross said.

"There's been a big shift. When I first came to work here I would say the number of registered democrats to republicans was probably 70-30. It was a huge democratic voter numbers here in McCracken," Griggs said.

There are multiple races in western Kentucky where only one party has candidates on the ballot. If you're registered in the opposing party you don't have a vote in who ultimately will advance to November and win.

"Other states, and most states, have what's called open primaries, which lets the voter pick which primary they want to vote in. I like to see us move in a direction of opening our primary. I don't believe Democrats should vote in my primary or that I should be able to vote in the Democratic primary. You could see there'd be option for mischief there if that were done. But I do think we should enfranchise our independent voters to vote in either one," Adams said.

"It used to be there were so many Democratic candidates that ran, but it was still the same way. A lot of the races were decided in the primary because it was Democrats running against Democrats. It just happens to be this year, this election that it's just a lot of Republicans running," Griggs added.

Despite an influx in supporting the Republican party there are still more registered Democrats in McCracken County than Republicans. A little more than 27,000 Democrats compared to roughly 24,000 Republicans.

While Adams stops short of supporting an open primary, he thinks getting more voters like independents into the fold is key.

"So, I think it's better for the campaigns, better for the parties, to have independent voters deciding 'do they want to vote in the GOP primary or Democratic primary' and try and court those voters. It would be good for the voters. It would be good for the parties and the candidates. It's also good for Kentucky because you've got a lot of extreme people on both sides that are winning their respective party primaries. Very extreme people whose views don't reflect those of regular Democrats and regular Republicans," Adams said.