MCCRACKEN COUNTY, KY — Local 6 has obtained a copy of a study conducted for McCracken County on the feasibility of constructing new sports facilities. The study conducted by Pinnacle Indoor Sports of Louisville recommends lighted synthetic turf fields capable of accommodating a variety of configurations, including four large pitch soccer games, up to 20 youth soccer games and eight baseball/softball fields — including a batting cage and pitch tunnel. The study says a proposed site could allow for the future addition of up to an additional four fields. The study was conducted last month at a cost of approximately $15,000.

Pinnacle recommended against an inside facility because of "capital costs that would make the long-term sustainability of the building difficult."

The study does not forecast a cost of the proposed project. The city of Paducah recently announced plans for an up to $22 million Recreation and Aquatic Center to be constructed at Noble Park. That city project is separate from the project contemplated by McCracken County.

The company recommend building an outdoor sports facility on a site no smaller than 10 acres with four lighted synthetic turf fields that can be configured for the following:

Pinnacle does not recommend a dedicated indoor turf or hard-court venue, saying the cost associated with it would make long-term sustainability difficult.

Instead, Pinnacle is suggesting that the Paducah-McCracken County Convention & Expo Center be used to host hard-court events.

They say leaders could contract with vendors to install modular courts and bleachers for tournaments such as basketball, cheer, dance, and wrestling.

Pinnacle goes on to say that if demand for these events increase, the county could consider investing in its own portable surfaces and related amenities.

As part of their recommendations, Pinnacle says the next step for McCracken County leaders are:

Pinnacle provided their research and proposed facility layout in one report. You can read that report below. 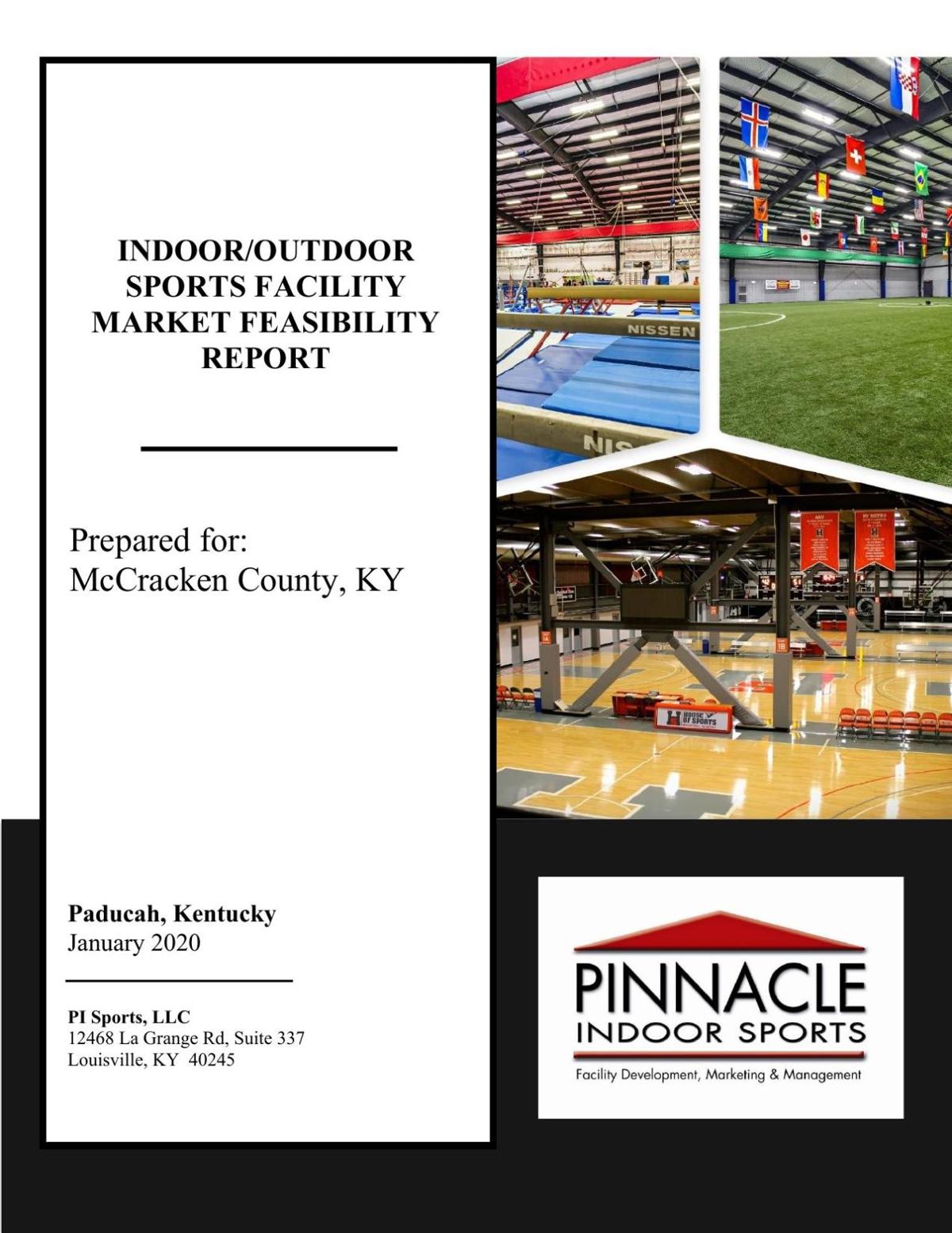