In an executive order signed earlier this month, the president announced a task force to establish the garden, which is to feature statues of "historically significant Americans."

The executive order came in the wake of cities and communities across the country removing — and, in some cases, demonstrators tearing down — Confederate monuments and others amid protests against racism across the country.

It "should also separately maintain a collection of statues for temporary display at appropriate sites around the United States that are accessible to the general public," the order states.

The order specifies that the garden should be "located on a site of natural beauty that enables visitors to enjoy nature, walk among the statues, and be inspired to learn about great figures of America’s history.  The site should be proximate to at least one major population center, and the site should not cause significant disruption to the local community."

In a letter to Secretary of the Interior David Bernhardt, Calloway County Judge Executive Kenny Imes writes: "The National Garden of American Heroes should be located in the beautiful Land Between The Lakes. Although this property is not in Calloway County, it borders us to the east and covers six surrounding counties and two different states. I have worked to find an answer to what was needed in that area to bring more visitors and economic development to a vast land totally under utilized for many years. President Trump's idea seems to be the perfect fit."

Imes' letter also includes 15 reasons why he believes LBL is the ideal piece of federal land for the statuary garden, including:

— The property is federally owned and managed by the U.S. Forest Service and Department of Agriculture, and covers more than 26-square-miles of land in Kentucky and Tennessee.

— LBL includes more than 170,000 of "natural beauty, forest, wetlands and open lands undeveloped for use," along with 500 miles of various trails.

— Its location near the Tennessee and Cumberland rivers.

— Existing utility and broadband infrastructure, which Imes says "could be easily enhanced." 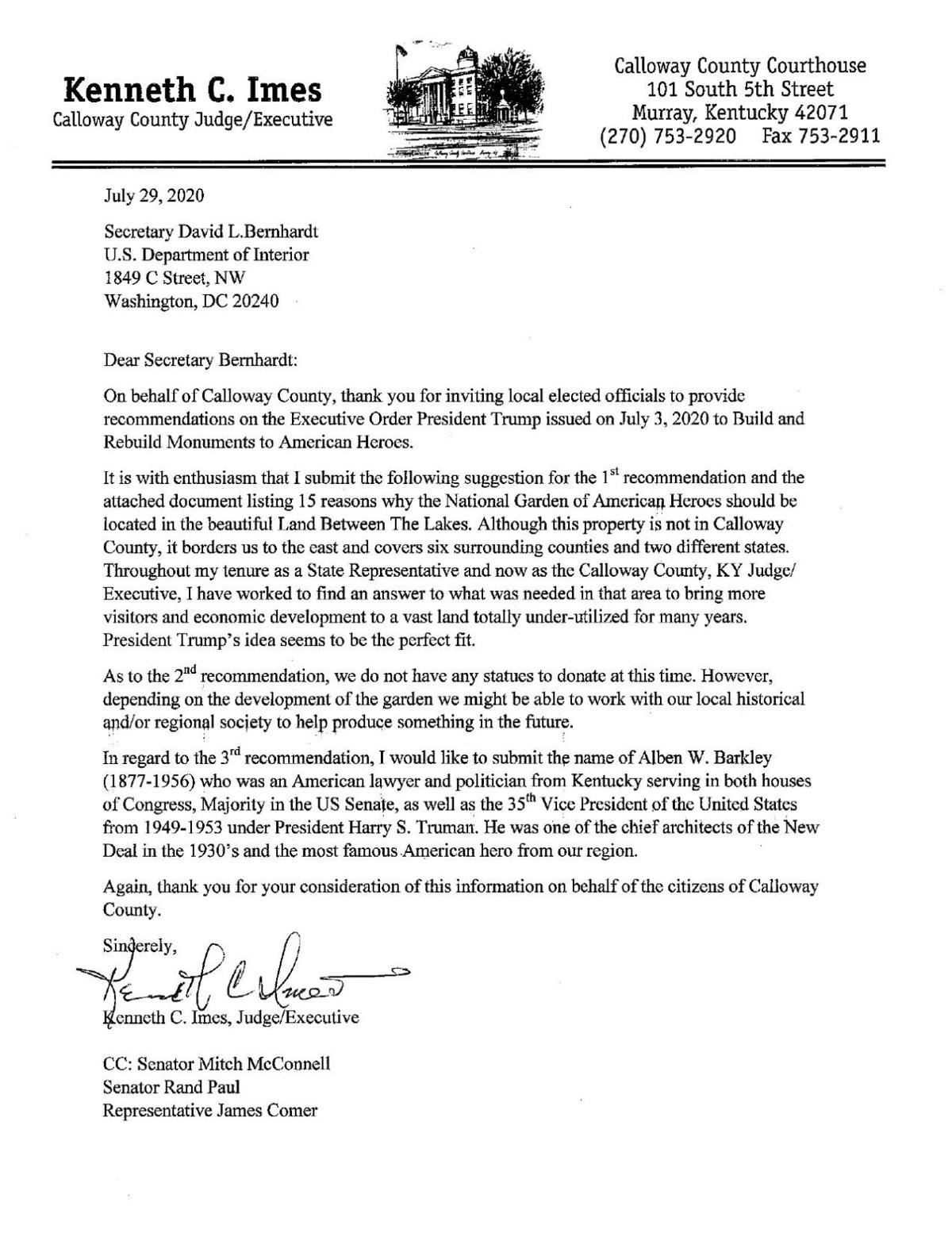