CHICAGO (AP) — A Chicago police officer has been charged with breaching the U.S. Capitol and entering a senator’s office during the Jan. 6 insurrection.

A criminal complaint says Chwiesiuk broke into a senator’s office along with a mob.

Prosecutors also say that, two days before he traveled to Washington to attend a rally supporting then President Donald Trump, Chwiesiuk sent a text message to a friend saying “Busy planning how to (expletive) up commies.”

Download the document below to read the criminal complaint. 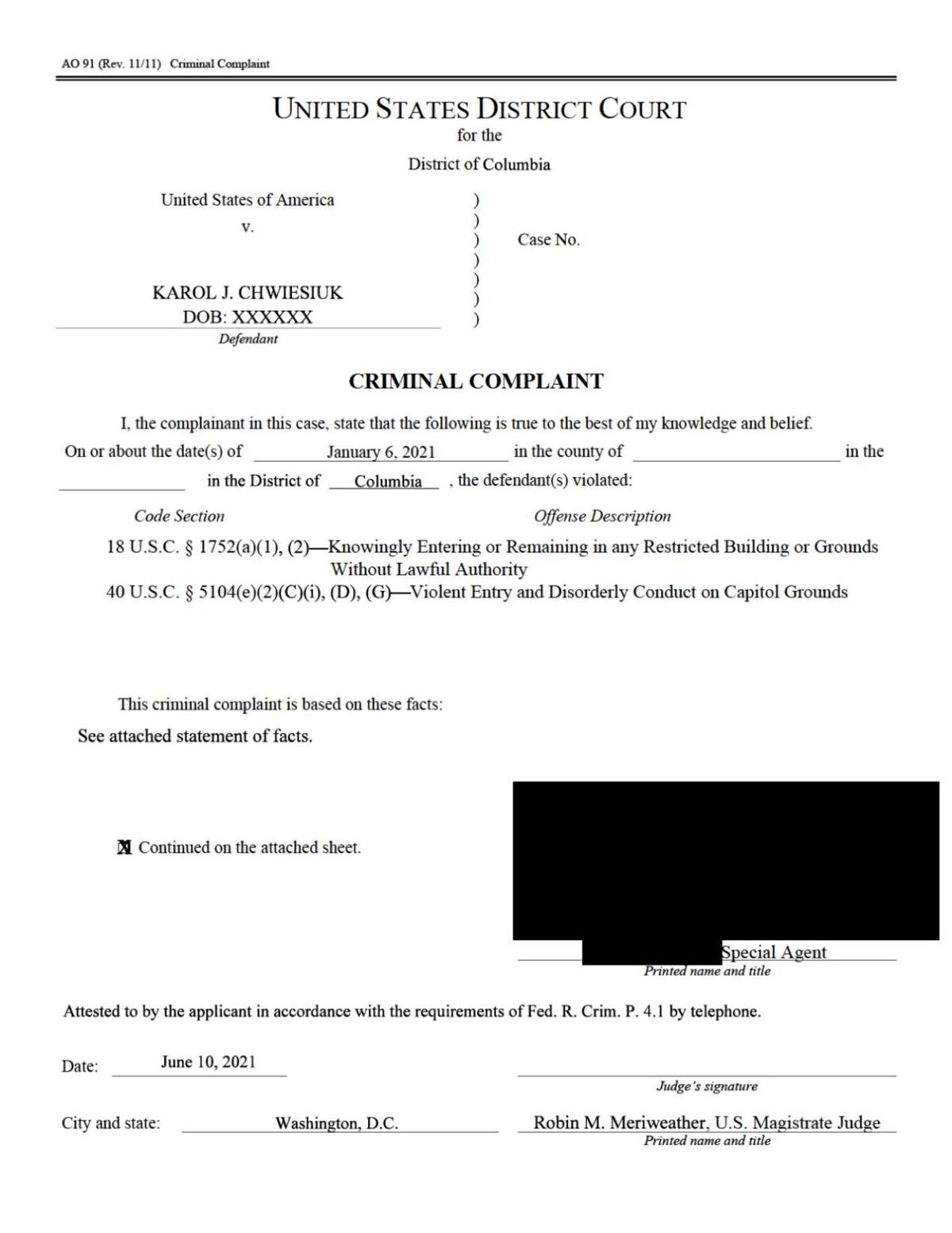