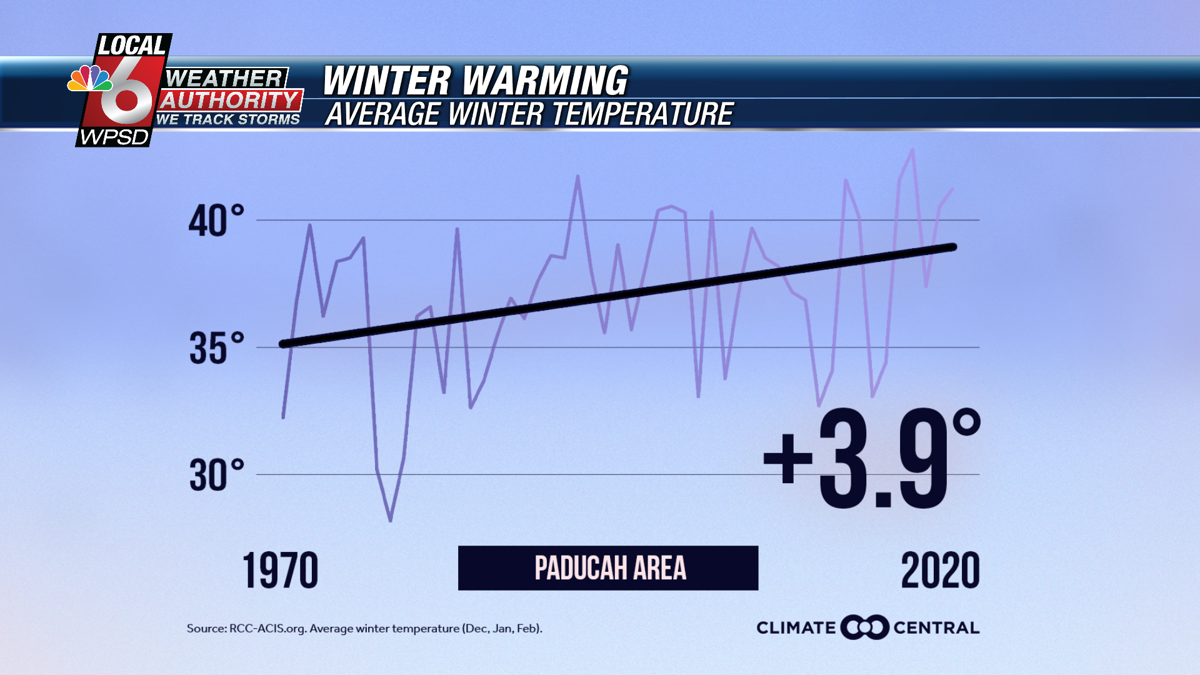 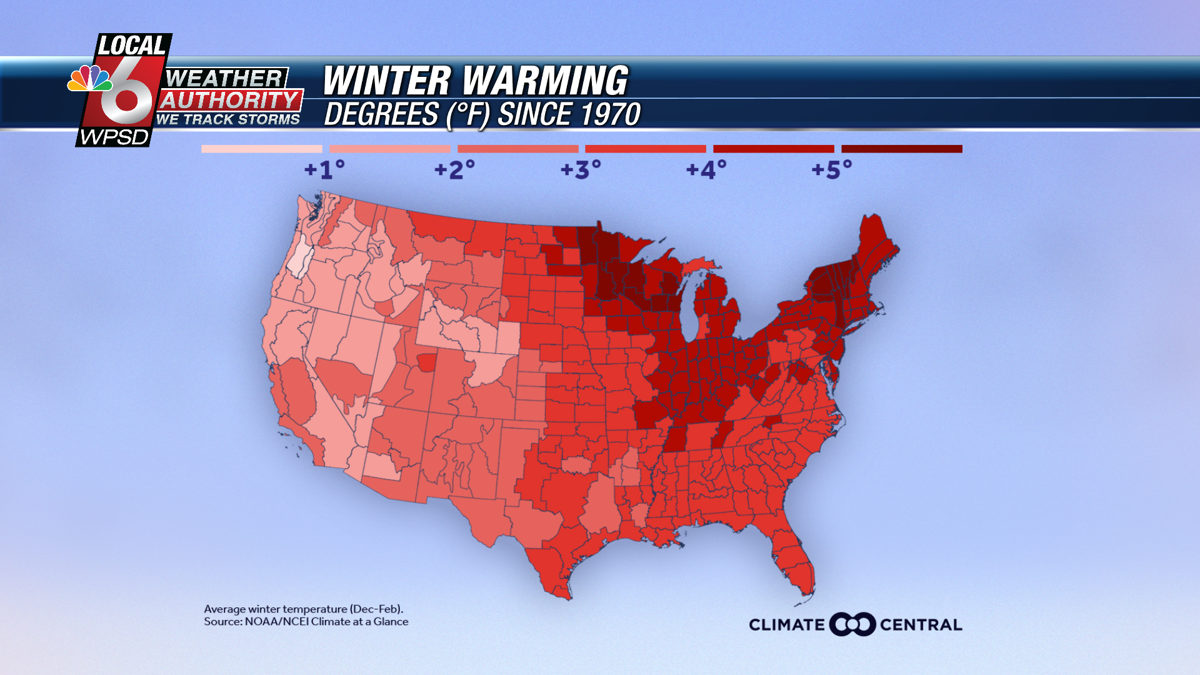 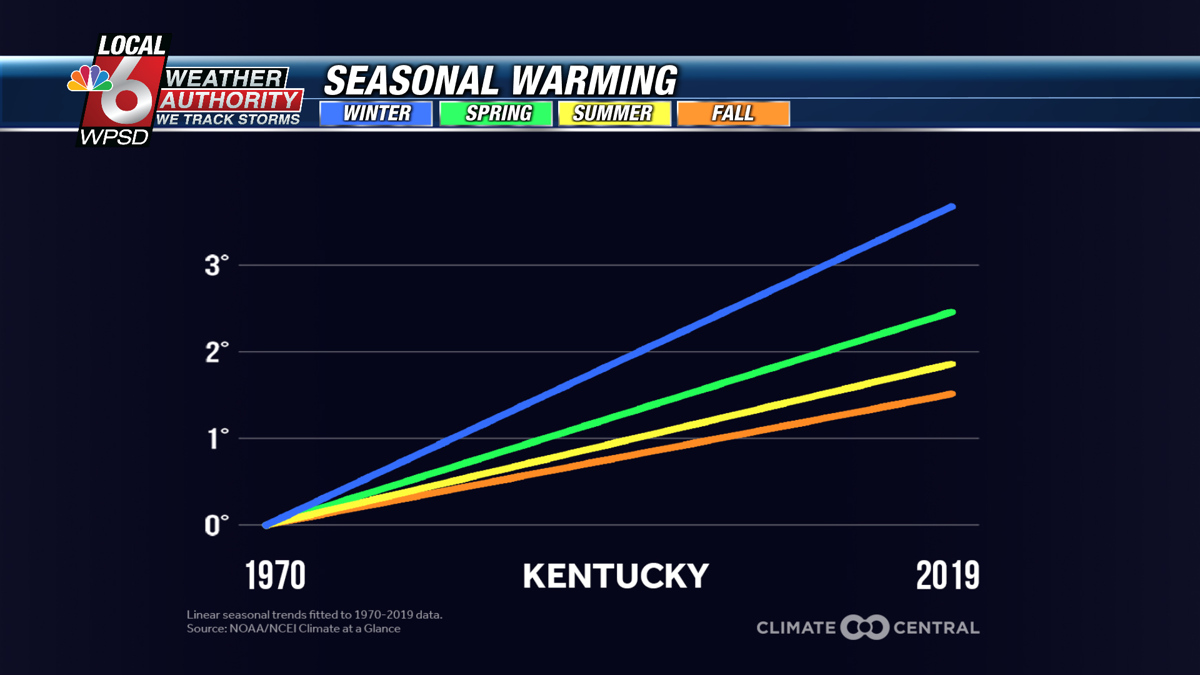 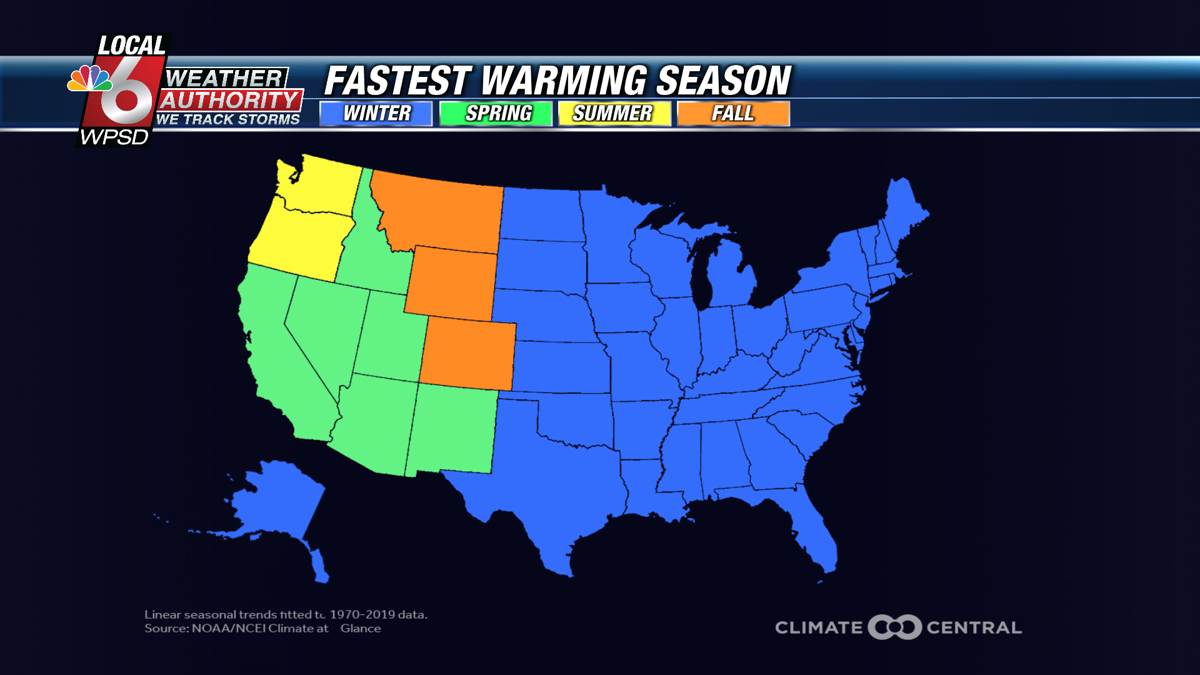 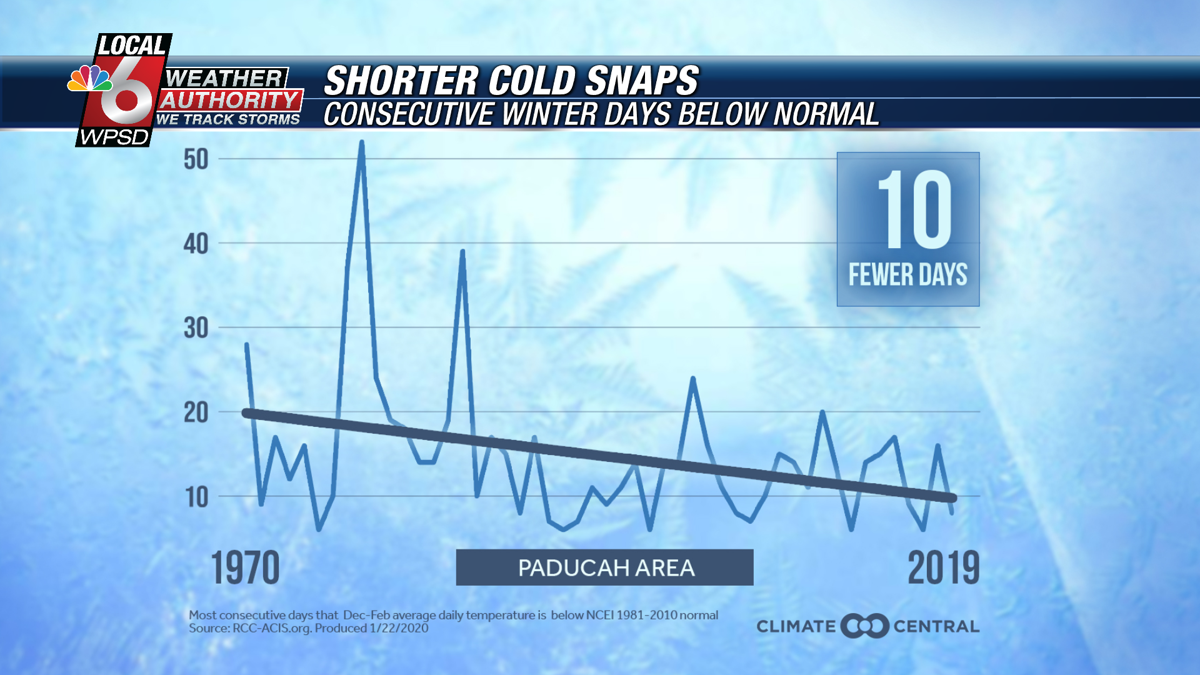 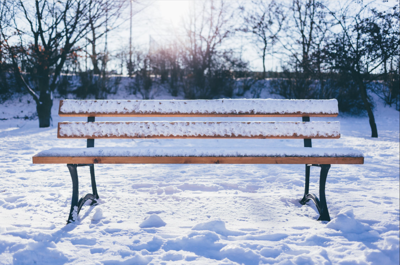 After the hottest decade on record from 2010-2020, the warming temperature trend is continuing to rapidly accelerate through 2020. Remember that the climate has always changed and always will. The facts and science of the matter are that this particular period of Earth's history is warming at a faster rate than we ever have determined happened before now.

Cold weather will still happen in a warming climate, but the fact is that the winter season is less cold than it was a mere 50 years ago in the entire continental United States. Similar to a warming fall, warmer winters have negative impacts on us. In areas of the country where winter sports are large parts of the local economy, warmer weather patterns are detrimental to businesses.

The chart above shows the averaged temperatures during the winter season from Paducah, KY from 1950 through the winter of 2019-2020. The mean line plotted reveals that our winter season has warmed by nearly +4°F in a 50 year span. While that may not seem significant to you on the surface, it is very.

It impacts the growing season, allergies, and more.  Many plants and vegetation rely on signals from nature regarding the temperature. Mature plants measure hot and cold weather to figure how and when to start growing. A few plants are starting to emerge earlier in the season than several years ago, creating mismatches between when bees are ready to pollinate and when plants need to be pollinated in their growing cycle.

Allergy sufferers in particular will notice the impacts long term of warmer winters. The pollen spewing plant of ragweed will start producing pollen sooner in a warmer, and essentially shorter winter season.

You can notice above that every single county, state, and region of the United States is experiencing a warming trend in the winter season.

Rising temperatures are often most noticeable in the summer months, but the decline in cold during the winter is growing more apparent. Since 1970 Paducah is seeing a clear decline in the amount of consecutive winter days below average. The greatest loss in this timeframe is Las Vegas, NV with -18 fewer below average cold days since 50 years ago.

Winter data (December, January, and February) were collected from the Applied Climate Information System. The graph indicates each year’s highest number of consecutive winter days below the 1981-2010 NOAA/NCEI climate normal. Displayed trend lines are based on a mathematical linear regression.