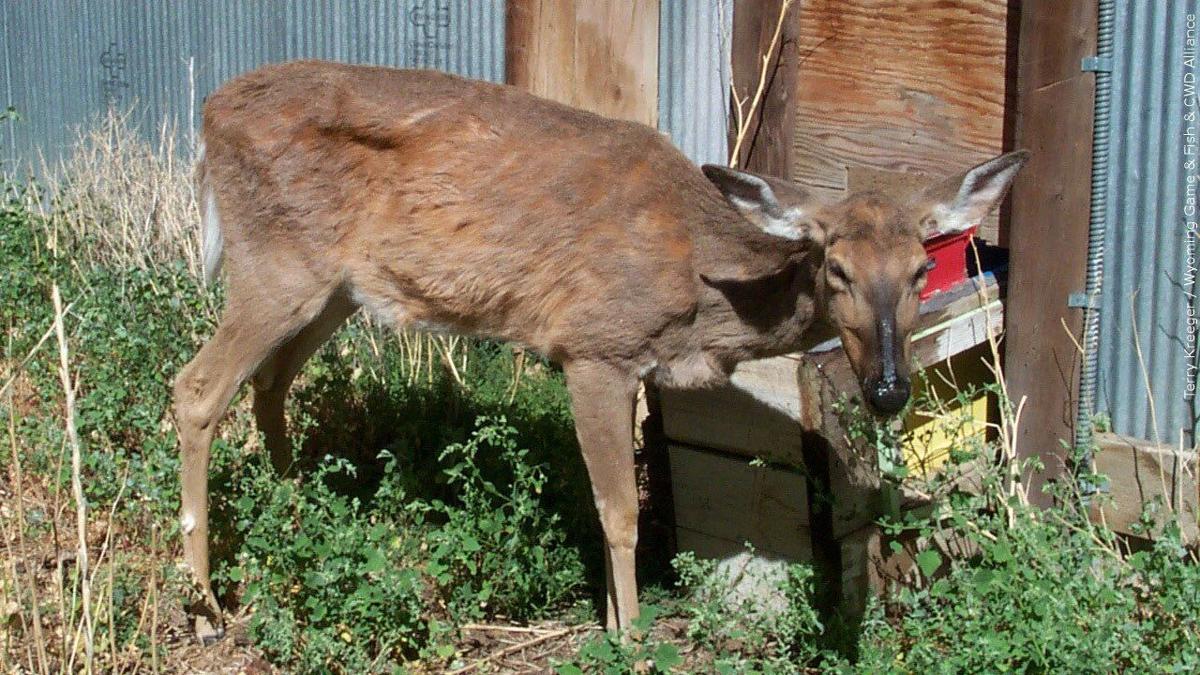 This photo taken in November of 2000 shows a deer in Wyoming with visible signs of chronic wasting disease. 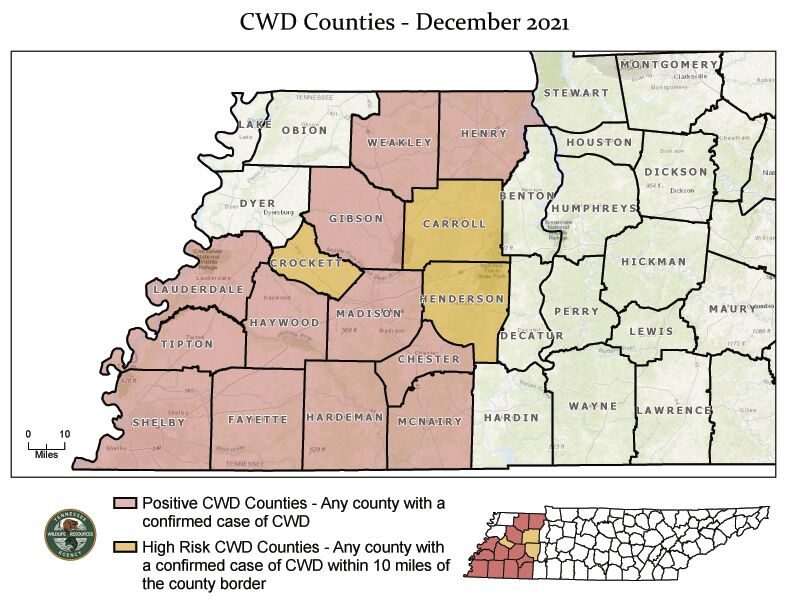 A map provided by Tennessee Wildlife Resources shows West Tennessee counties that are positive for chronic wasting disease (in red) and at high risk for the illness affecting deer (in yellow).

WEAKLEY COUNTY, TN — A Tennessee county in the Local 6 area has gone from high risk for chronic wasting disease in deer to an officially CWD-positive county after a deer harvested there tested positive for the illness.

The Tennessee Wildlife Resource Agency announced Friday that a case was confirmed in Weakley County.

TWRA says deer carcass exportation and wildlife feeding restrictions have been in effect in Weakley County since it became high risk. That high risk status was in place because of the county's proximity to Henry County, where a CWD-positive deer was previously found. Those regulations remain in effect.

TWRA says the only change for Weakley County is the change in status from high risk to positive, and the location where the deer was found does not affect the status of any other counties.

The deer was taken between Dresden and the Henry County line.

“Hunters have a great opportunity to help in the fight against CWD by continuing to hunt and have their harvest tested," Game Species Program Assistant Chief Stephanie Durno-Karns said in a statement Friday. "Through our Replacement Buck program, positive deer do not count against your bag limit and through the Fight CWD Incentive program, hunters will receive a voucher to cover meat processing fees for their next deer harvest."