PADUCAH — The Paducah nonprofit Friends of the Parks says the Community Foundation of West Kentucky will "administrate" the endowment planned to help fund operating costs for the more than $20-million recreation and aquatic center supported by Mayor Brandi Harless and all but one member of the Paducah City Commission.

That project has become a central issue in the upcoming mayoral and city commission elections. The other two candidates for mayor — City Commissioner Richard Abraham and businessman George Bray — oppose the project as proposed and have called for it to be delayed.

Friends of the Parks was created in October 2018 by long-time advocates of a competition swimming facility.

A written statement released Thursday acknowledges the private group has an initial goal of $10 million for an endowment to “assist in supporting and maintaining” what it calls the “Paducah Wellness Center.” The $10 million figure has been widely previously reported.

The news release from the group does not disclose how much of that goal has been reached. Leaders of the organization have previously declined requests for the information from Local 6. Yesterday, the Paducah Sun quoted the organizations president, saying, “We are not discussing what we have raised at this time. We will have a press release coming out in the next two days.”

To read the full news release from Friends of the Parks, click the document below. 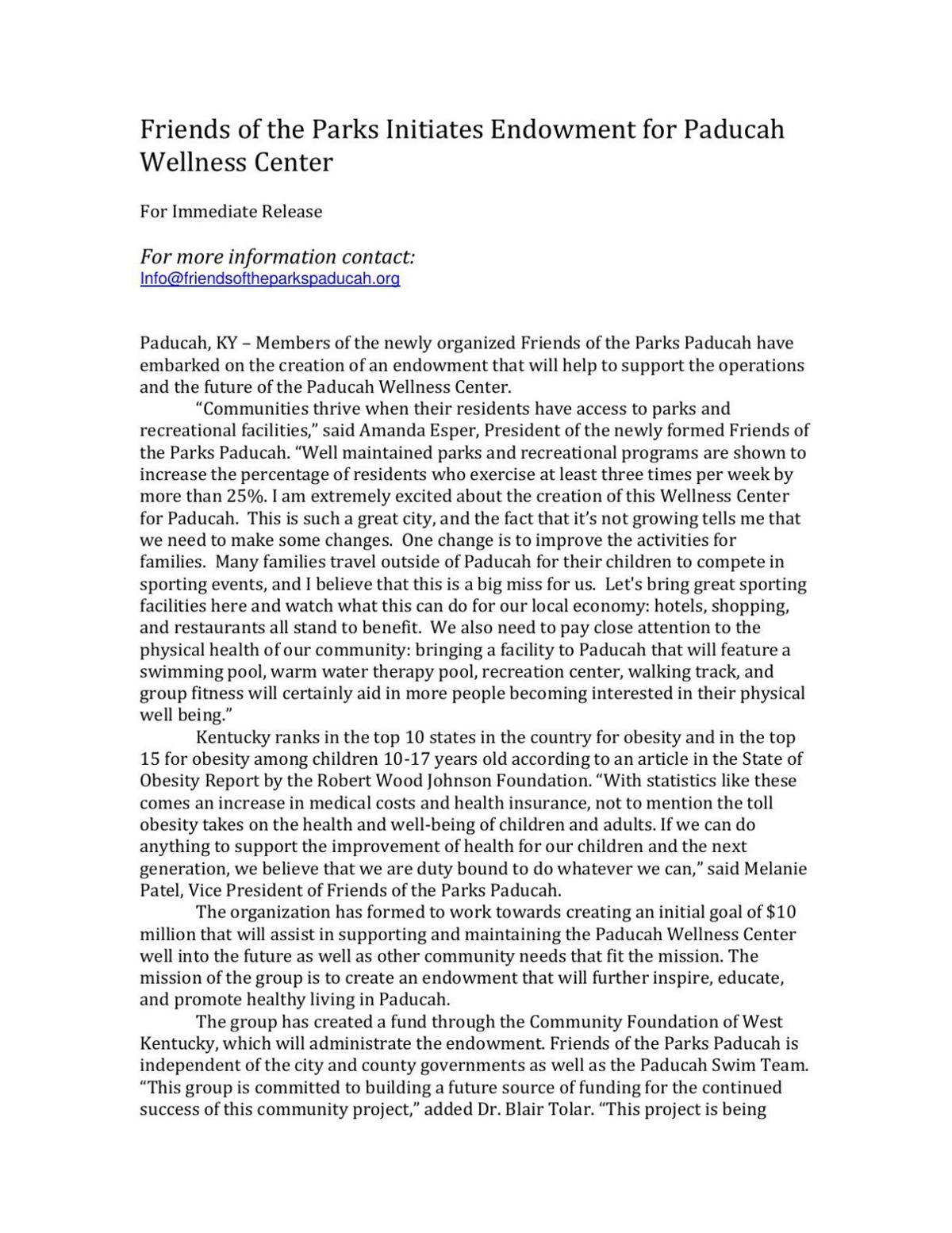