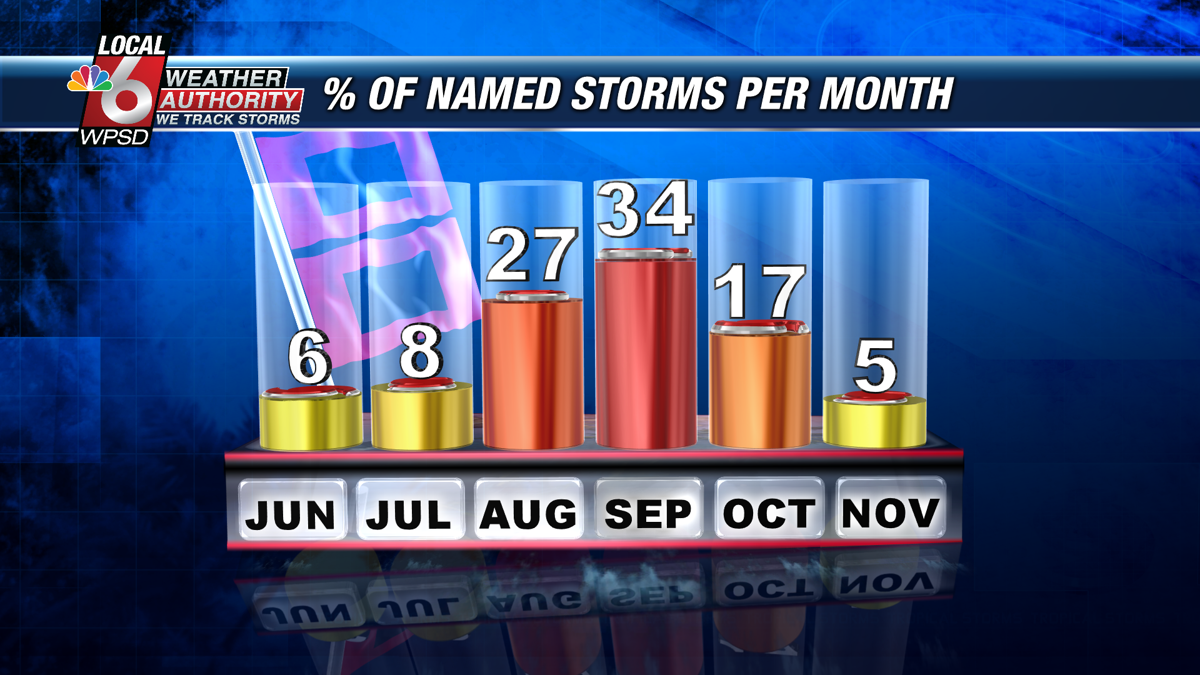 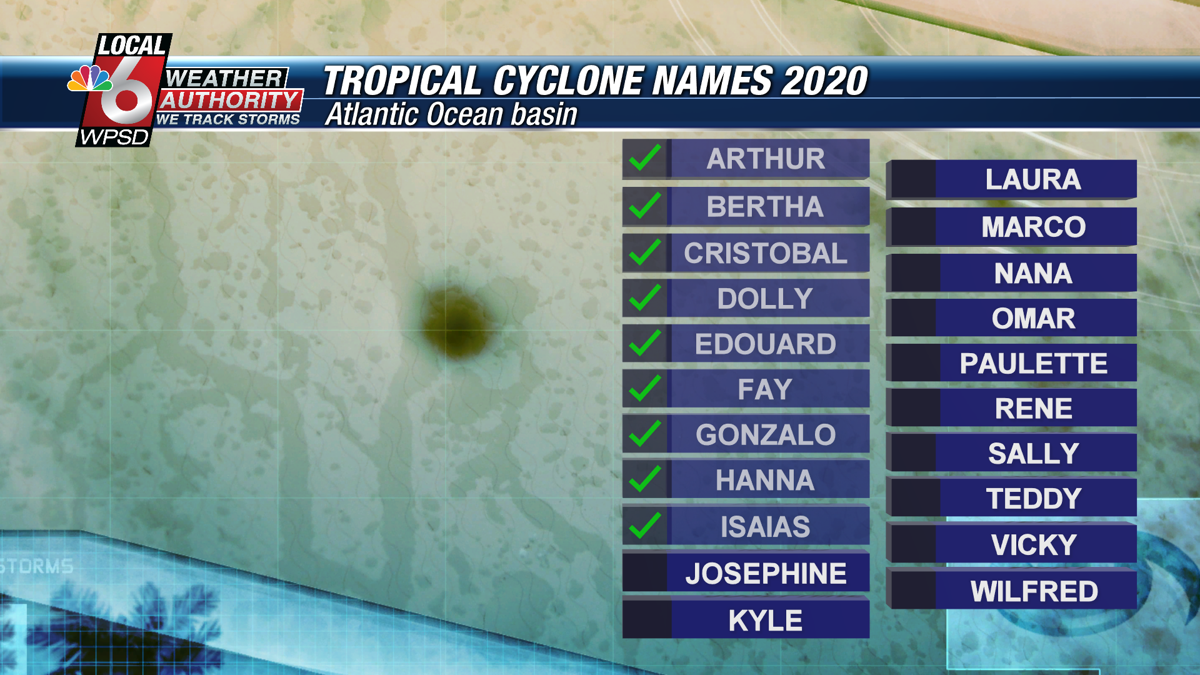 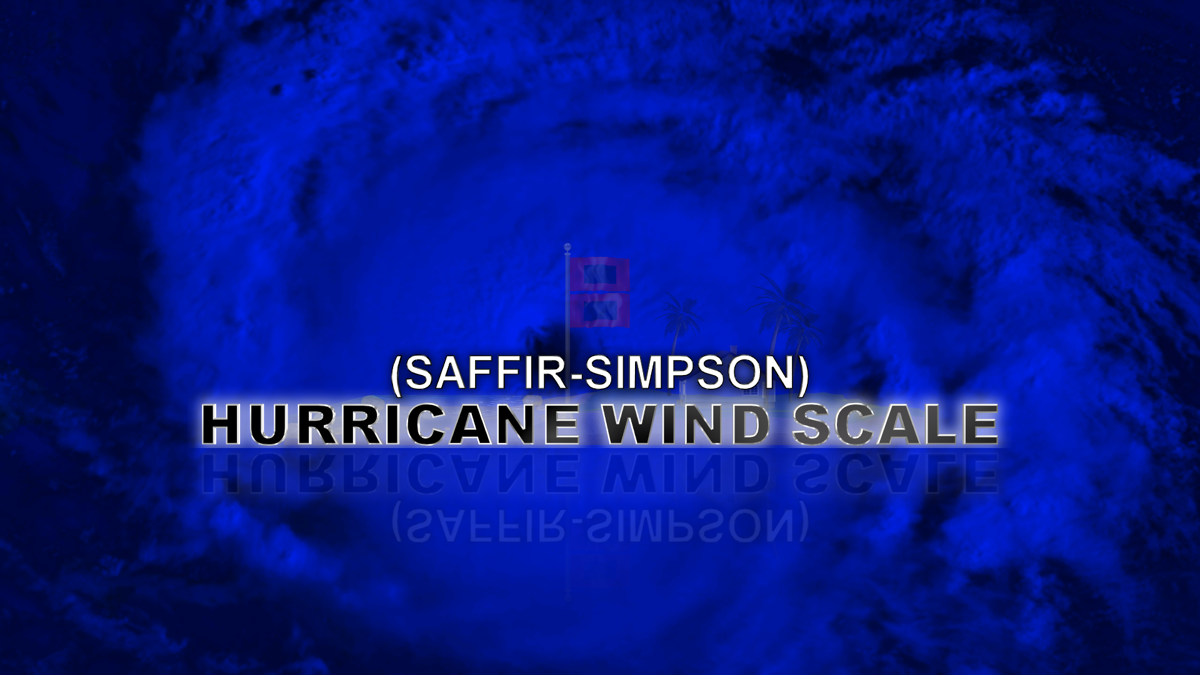 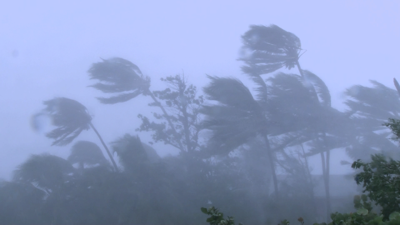 Historically the peak of hurricane season is later August, September, and October. Most years, the "I" named storm in the Atlantic Ocean basin does not happen until after Labor Day.

This year, Isaias tore a path up I-95 along the East Coast just 4 days into August. August, September, and October traditionally account for 78% of the season's named storms (Tropical Storm force or stronger) -- because this is the time when sea surface temperatures are at their warmest and atmospheric jet stream currents most supportive for tropical cyclone development.

One reason for the active season so far is because of very warm tropical Atlantic temperatures. So far the mean sea surface temperature is the 4th warmest on record since 1982, only behind 2005, 2010, and 2017 -- all of which were highly active and memorable hurricane season's in the United States. Remember that warm water is the main driver for tropical development. Tropical cyclones are essentially many thunderstorms that rotate around a defined center (eye)... massive volumes of warm, moist air rise up through the center and down, out, and around the sides of the storm. Warmer water = more 'fuel' for storms = more instability = faster strengthening of cyclones.

Above is the official list of hurricane names for the 2020 season in the Atlantic. This year is earliest occurrence of the "I" named storm. Other interesting facts of this season so far:

When it comes to Hurricane names, there are six lists that rotate every six years. Names actually get reused unless they are "retired" -- storms only get "retired" from the list (Katrina, for example) if they cause extensive damage and impacts.

Remember the rating system for tropical systems is different than that for tornadoes... the "Saffir-Simpson Scale" is solely based on wind speeds, and that's it. Rain, tornado potential, coastal flooding, storm surge, and duration all have 0 impact in the storm's category. There has been some discussion among the meteorological community in recent years to change the rating system to be more encompassing of other meteorological variables.

Reason being.. storms like Hurricane Harvey in Texas and now Tropical Storm Isaias. Harvey produced biblical rains and catastrophic flooding the likes we have never seen before... over 40" of rain fell in SE Texas. Isaias knocked out power to millions in the Northeast, and spawned over 100 tornado warnings from South Carolina to New Hampshire and Vermont. Many in the public might have taken the storm more seriously if the category were higher... this this case lots of people in the public viewed Isaias as "just a category 1" -- but the impacts were anything but. That is something down the road that the National Hurricane Center may change.

The Saffir-Simpson Hurricane Wind Scale for now is a 1 to 5 rating based on a hurricane's sustained wind speed. This scale estimates potential property damage. Hurricanes reaching Category 3 and higher are considered major hurricanes because of their potential for significant loss of life and damage.

Several independent forecasting groups are now calling for an even more active hurricane season than initially thought. The folks within the meteorology department at Colorado State University now say as of August 5th that 24 named storms will happen this year, double the historical average of 12, with 5 major hurricanes (Category 3+), which is more than double what is normal (~2.5 storms).

We are no stranger to tropical system remnants in the Local 6 area... prime months for us to watch for are September and October. We will hope that things remain tame as we approach this time-frame, but the forecast data suggests otherwise.