About 20 groups, businesses and individuals supporting open records and government transparency in Kentucky are calling on Gov. Andy Beshear to veto a bill passed by the legislature last week that limits access to public records in the state.

The measure, House Bill 312, would restrict public records access to Kentucky residents, those who work or own property in the state and news gathering organizations. It would also allow lawmakers to deny requests for legislative records without the opportunity to appeal that decision in court. Instead, appeals would be heard by a panel of legislative leaders. The bill also gives agencies more time to turn over public records that have been requested.

In a letter to the governor, the Kentucky Open Government Coalition says House Bill 312 "threatened core principles" of in the state's open records law.

The bill passed both the state House and Senate by wide margins, winning final passage in the House on Friday.

The letter says the bill "ignores the foundational principle of the Open Records Act recognizing that 'free and open examination of public records is in the public interest.'"

The Republican supermajority in the state House and Senate means the general assembly has the votes to override any veto.

Download the document below to read the letter in full: 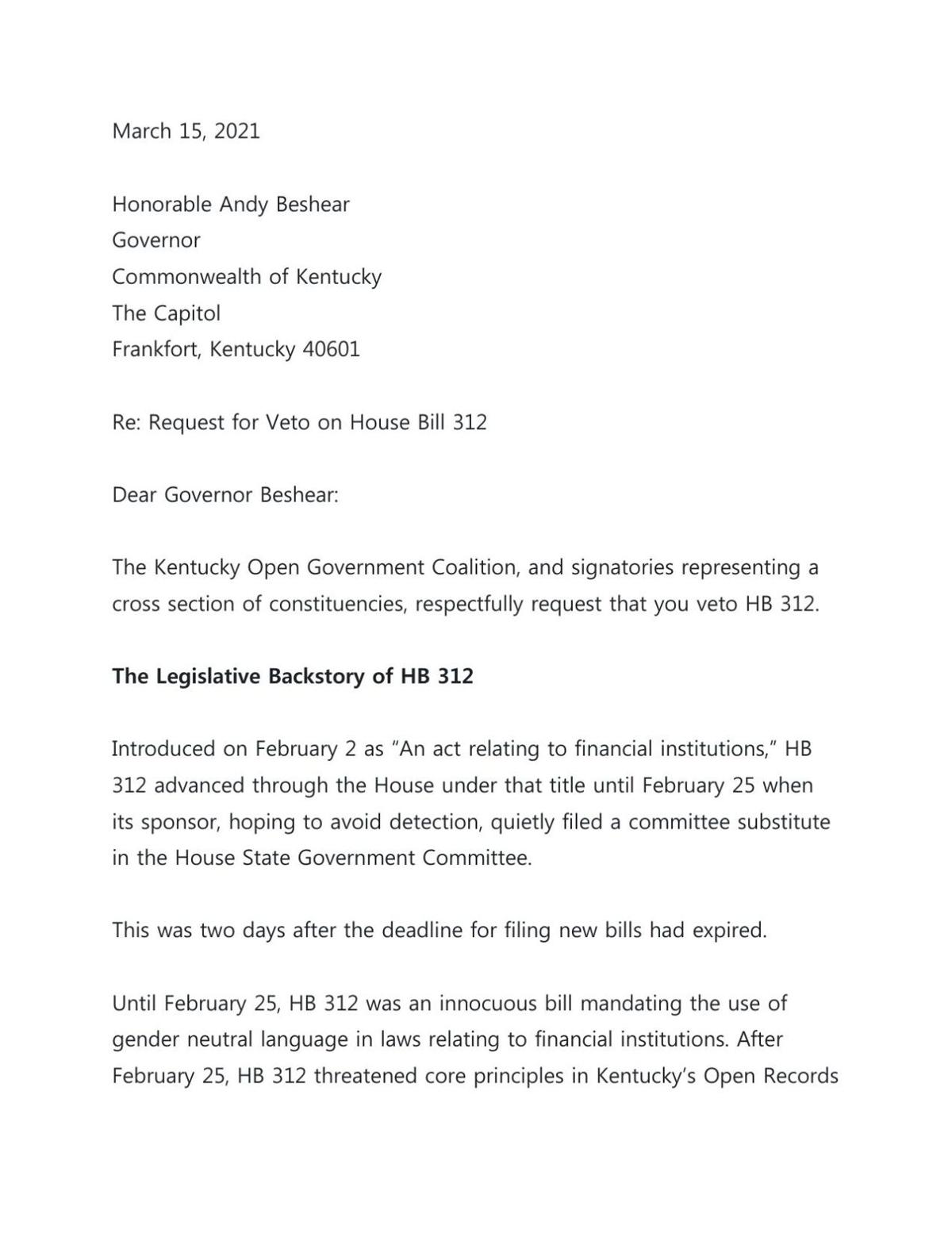 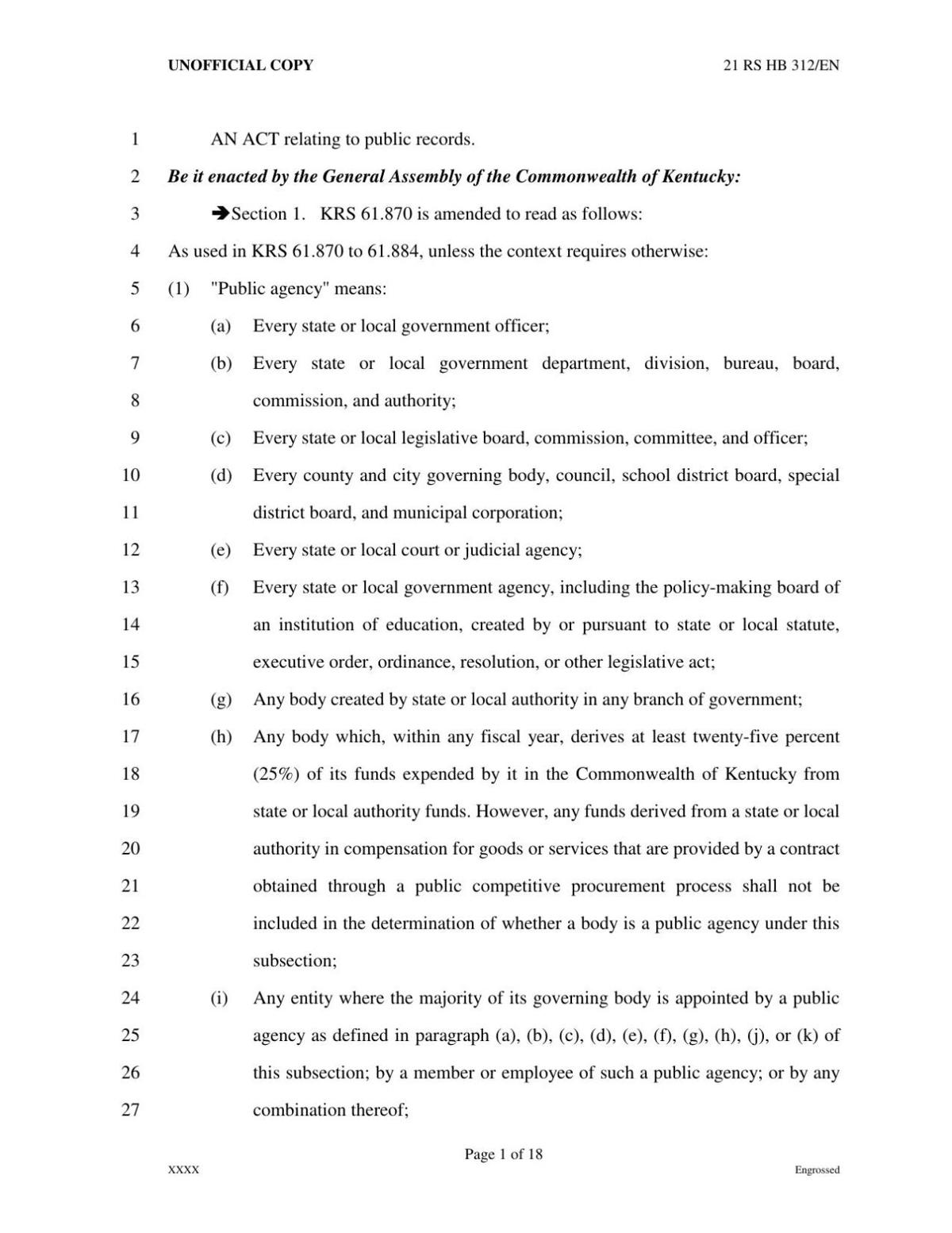