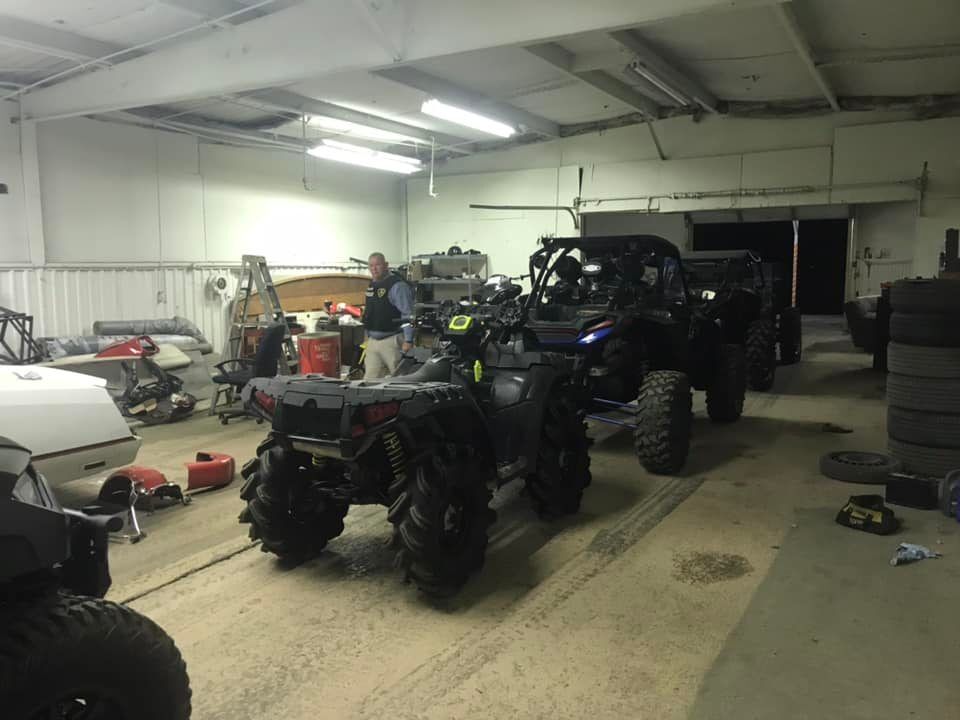 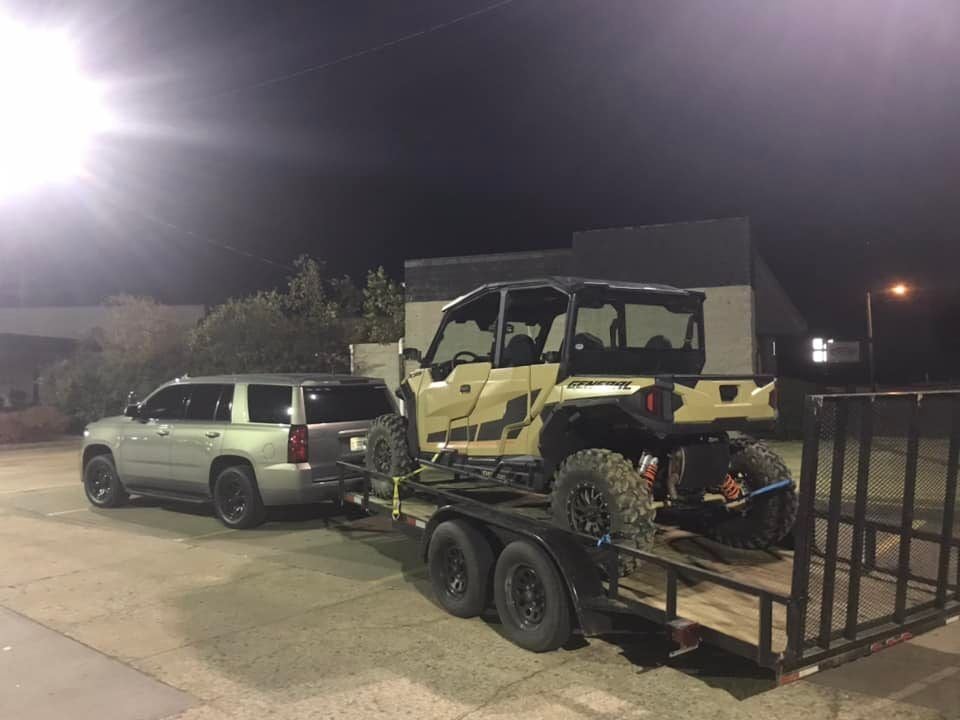 GRAVES COUNTY, KY — An investigation by multiple law enforcement agencies in Missouri, Tennessee, Mississippi and Kentucky resulted in the exposure of an ATV theft ring based out of Olive Branch, Mississippi.

On Monday at 9 a.m., the Graves County Sheriff's Office was dispatched to a residence on KY 994 near the McCracken/Graves County line to investigate an overnight theft of a 2021 Polaris General side by side ATV.

According to the Graves County Sheriff's Office, surveillance video showed the $20,000 ATV being pushed away from the residence by two suspects. The suspects then came back and pulled the victims 18-foot utility trailer out the road, and hooked it up to the suspects pickup truck. The ATV was then loaded on the victims trailer.

During the investigation, Graves County Sheriff's deputies learned that one of the pieces of stolen equipment was equipped with an electronic tracking device.

The device helped law enforcement track the stolen materials to a large grouping of buildings in Oliver Branch, Miss., which is approximately 3 hours south of Mayfield.

Upon arriving at 3:30 p.m. Monday, Sheriff Hayden and Det. Seaton were met by numerous officers and detectives from the Olive Branch Police Department.

A search warrant was then obtained to search the group of buildings that included several automotive repair and body shops.

Outside one of those businesses was the trailer that had been stolen from Graves County.

According to the Graves County Sheriff's Office, once making entry into one of the locked businesses, detectives found approximately 9 large ATV’s each valued in excess of $20,000 including the stolen Polaris from Graves County.

All of the ATV’s were found to have been stolen from the states of Missouri, Tennessee, Mississippi, and Kentucky.

Two automobiles were also recovered that had been stolen from the Memphis, Tenn. area.

Approximately 20 to 25 persons were detained by police as of Monday, and the investigation is being continued by law enforcement agencies in Mississippi, Tennessee and Kentucky.

According to the Graves County Sheriff's Office, the significance of this seizure of stolen property indicates this to be a large theft ring being operated in at least four states.

The stolen ATV and trailer were brought back Monday night and returned to the owner.