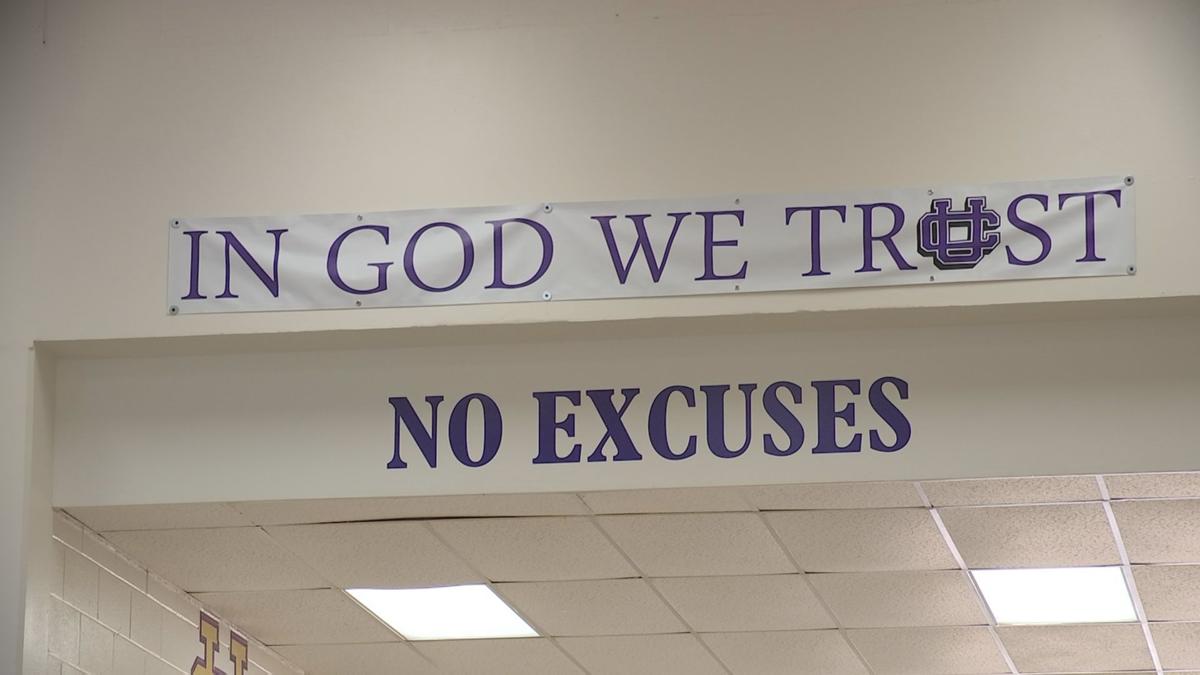 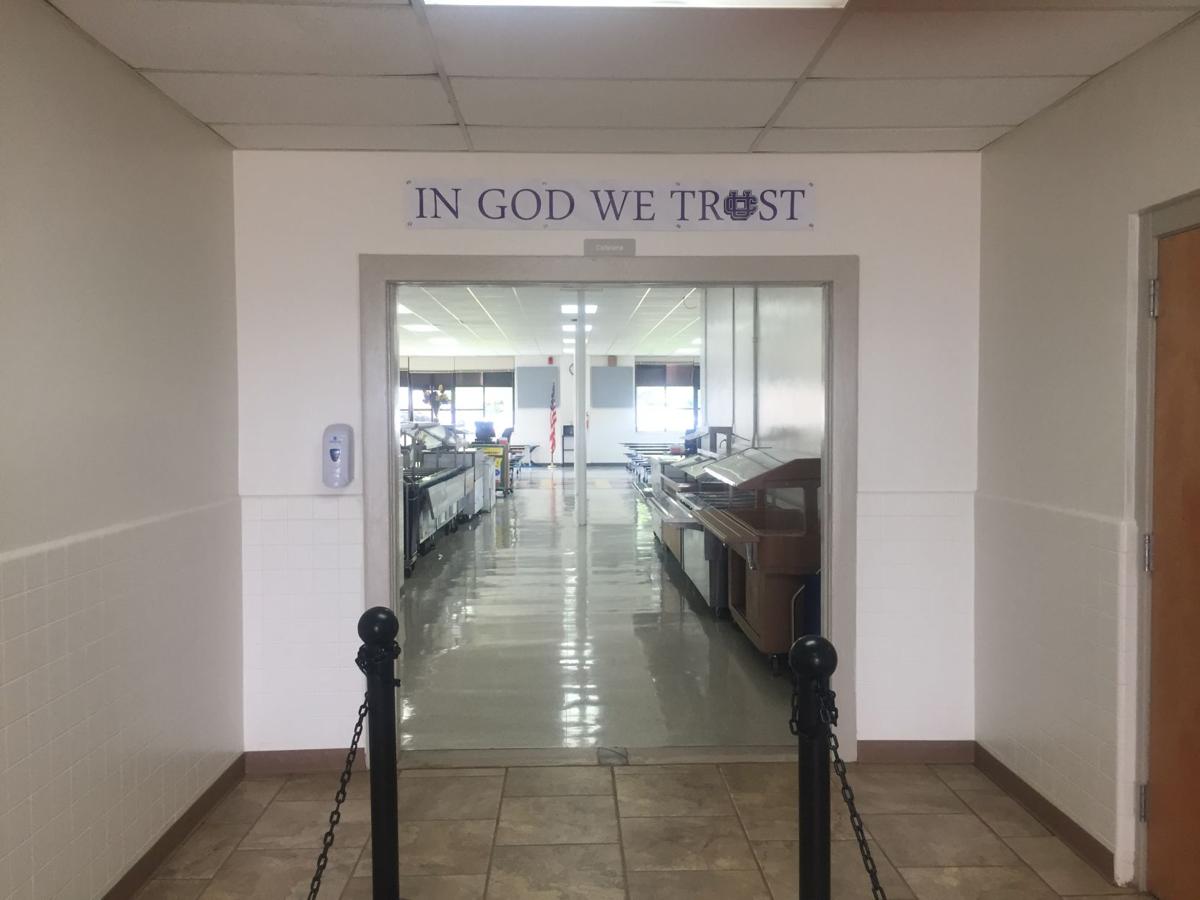 Union City Middle School also has a banner up, as does the elementary school. 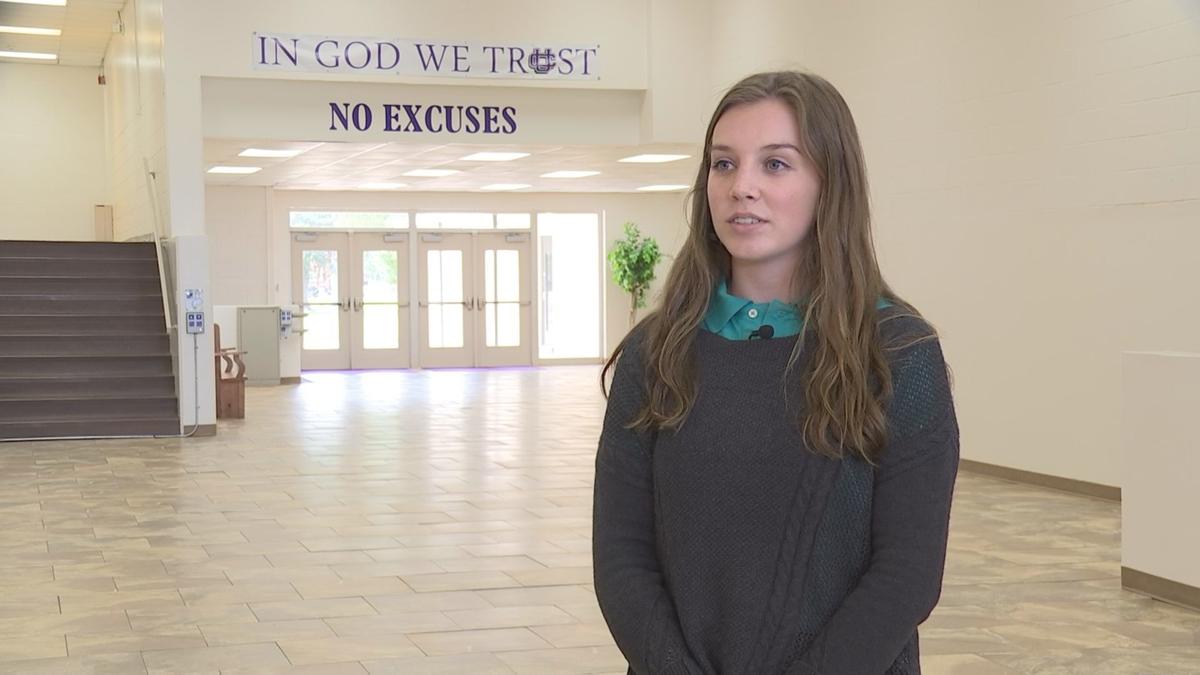 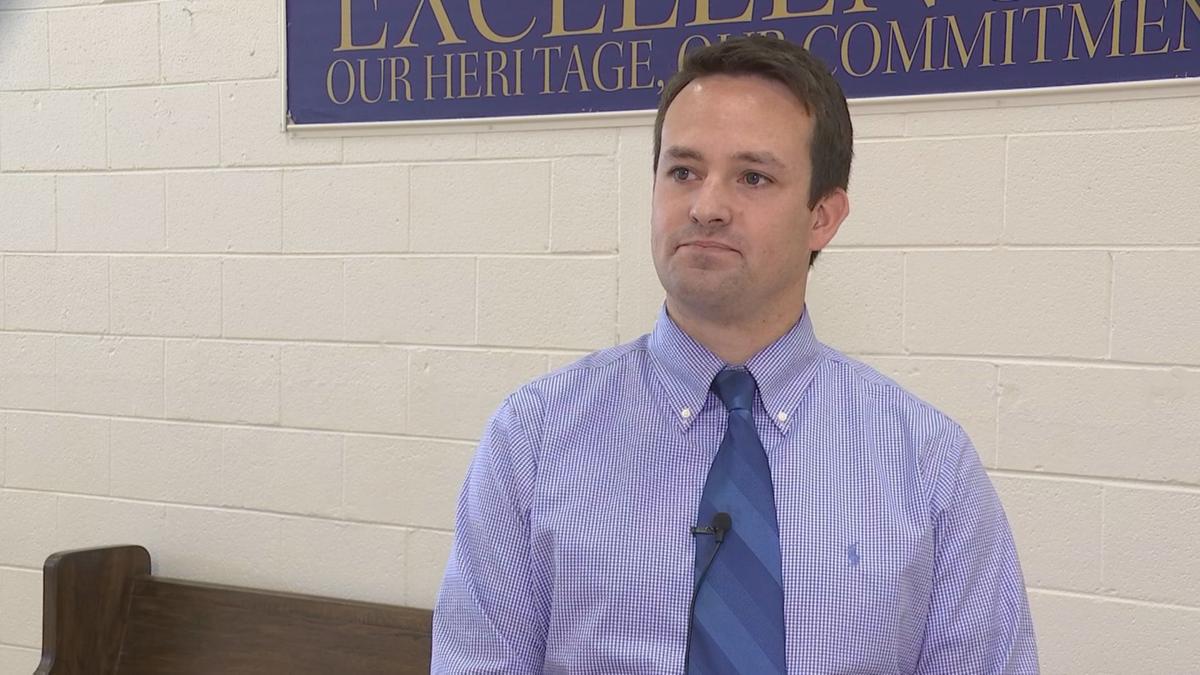 Union City Middle School also has a banner up, as does the elementary school.

UNION CITY, TN — The national motto, “In God We Trust,” is now being displayed on banners inside Union City Schools in accordance with a new Tennessee law.

“It’s a part of our culture and our heritage, and I think that’s a good message to send to our students,” said Cross.

In April, Gov. Bill Haslam signed a bill requiring all Tennessee public schools to prominently display the national motto. Republican state Rep. Susan Lynn, the bill’s sponsor, said the “motto and founding documents are the cornerstone of freedom, and we should teach our children about these things.”

Cross said the passing of the law was a bit unexpected.

“It was sort of surprising, because sometimes, you know, you hear more and more about things like this being taken out of public places and whatnot,” said Cross.

Claire Tanner, a senior at Union City High School, said she first noticed the banner on Monday while walking to homeroom.

“God is a great reminder and the teachings of Christianity, so I think it brings a lot of positivity to the students and the school,” said Tanner. “I think it can just get bigger and better, you know? I think this is just a really great base start, and it can just keep building, and God can be a bigger part of schools in the future.”

Other Union City told me they support the new law, too.

“It’s about time. We’ve taken God out of schools for long enough. It’s time to put God back in,” said Bobby Williams, a retired teacher.

“God — ‘In God We Trust.’ There’s somebody bigger than anybody they know,” Rhonda Killian said.

Cross said he hasn’t yet heard negative feedback about the new banners.

“Obviously, there will be some that will probably not be happy about this in the future, and they’ll voice their opinions, and legislators will kind of have to duke that out in Washington and whatnot,” said Cross. “But, as long as that’s the law of the land, that’s what we’re going to abide by, and like I said, everyone around here’s pretty happy to see it.”

Florida has also passed a law requiring “In God We Trust” to be displayed in schools. The phrase is also Florida’s state motto.

As Louisiana students gather supplies and class schedules for a new school year, administrators are ensuring legally mandated "In God We Trust" signs are hung in every public school building in the state.