A legalization measure cleared the House Judiciary Committee on a 17-1 vote Wednesday.

The committee room was filled with advocates who have pressed for years to legalize medical marijuana for people battling chronic pain and debilitating medical conditions. The bill that would also regulate medical marijuana now heads to the full House.

Rep. Jason Nemes, a leading sponsor of the bill, predicted it has enough support to pass the House.

It would then move to the Senate, where its prospects are less certain.

To read the bill that was introduced in January, click on the document below. For more information about the bill, visit legislature.ky.gov. 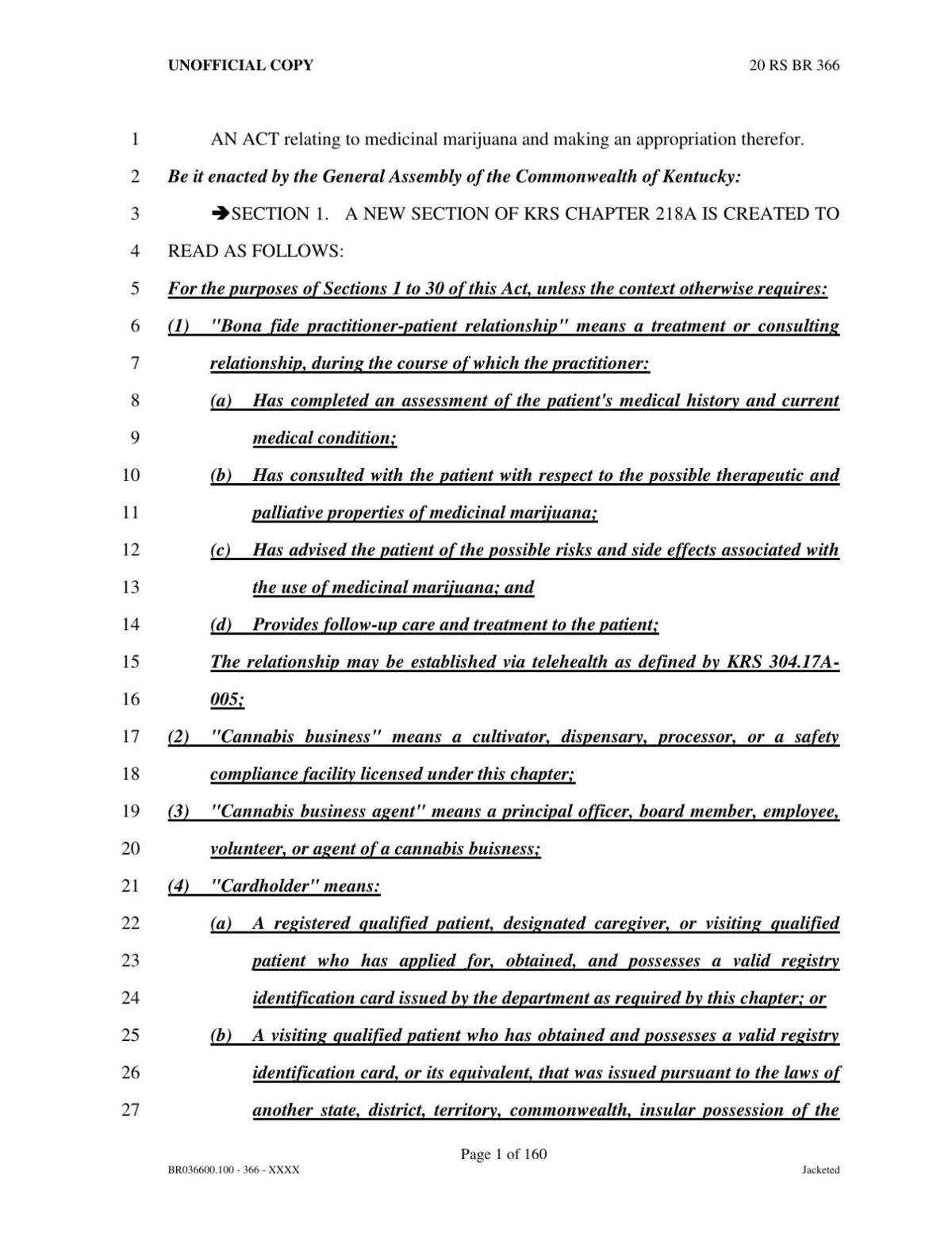