The School Safety and Resiliency Act was signed into law in March 2019. Sponsored by Republican Sen. Max Wise of Campbellsville, the bill was introduced after the Jan. 23, 2018, shooting at Marshall County High School, which claimed the lives of 15-year-old students Bailey Holt and Preston Cope and in which more than a dozen others were injured. Some of the measures called for in the act include improving mental health services in schools, creating the role of state school security marshal to enforce school safety, and having a resource officer in every school. The act did not provide funding for schools to make those improvements.

The act does not specify whether those officers must be armed.

Wise filed a new bill Monday that would amend the law to require SROs to carry guns, the Courier Journal reports. The Louisville newspaper reports that Wise said the measure, Senate Bill 8, also calls for adding more psychologists, social workers and other support staff in schools. Wise told the paper he expects the bill to pass easily in the Senate.

Among other changes, the version of the bill introduced Monday would also clarify which facilities are required to have SROs, specify a goal to have at least one school counselor in each public school and at least one counselor or other mental health services provider for every 250 students, and specify that SROs will be commissioned for four years, as long as they meet all the requirements for those positions.

You can read bill in full in the document below. 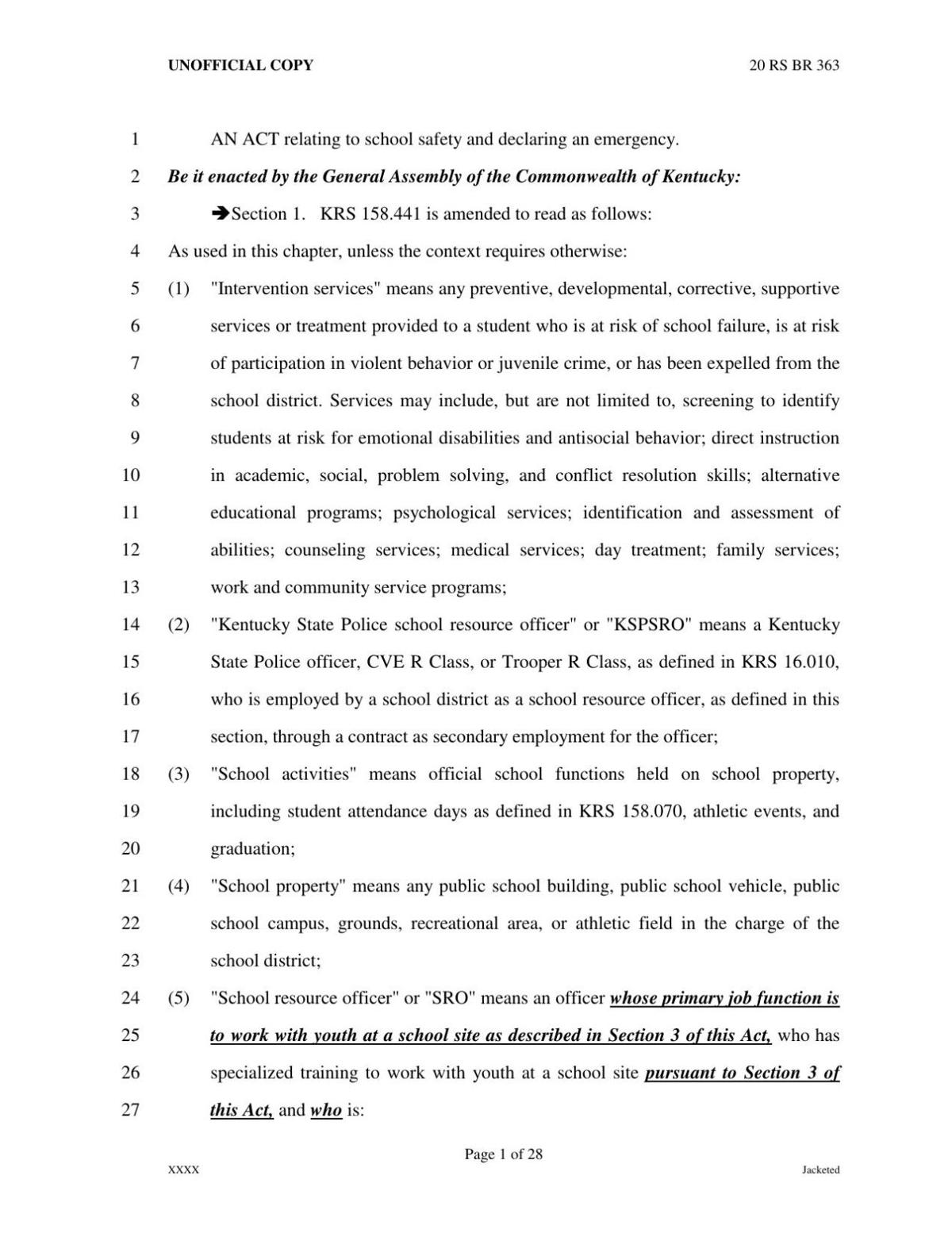