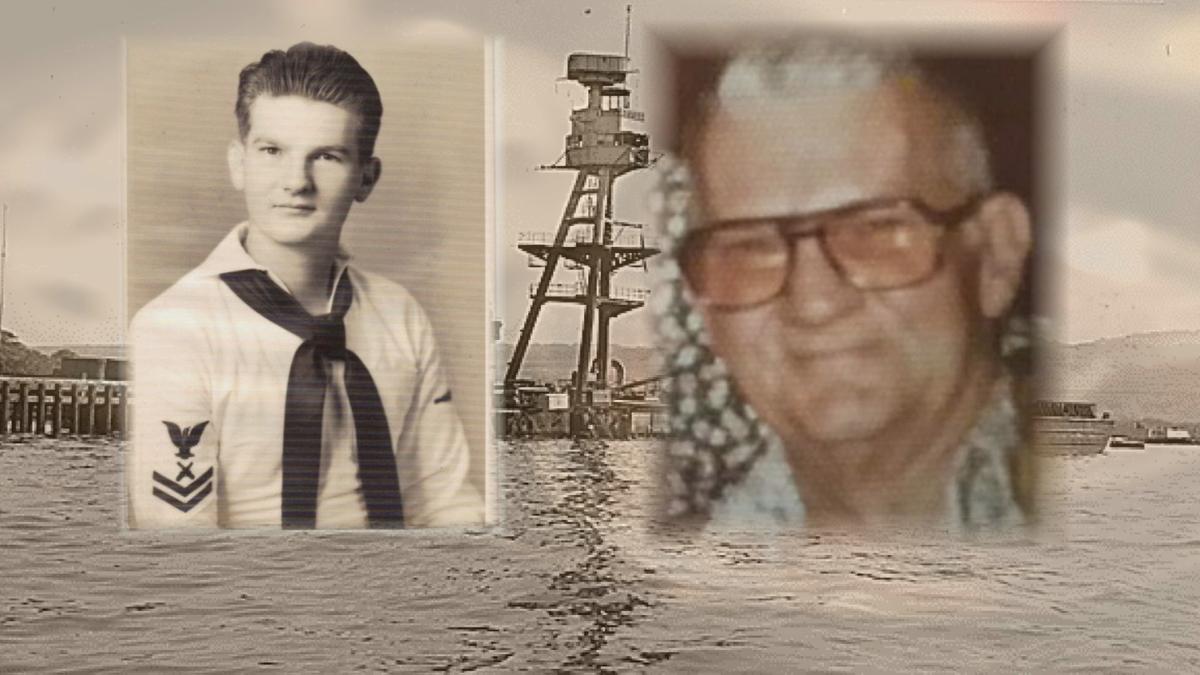 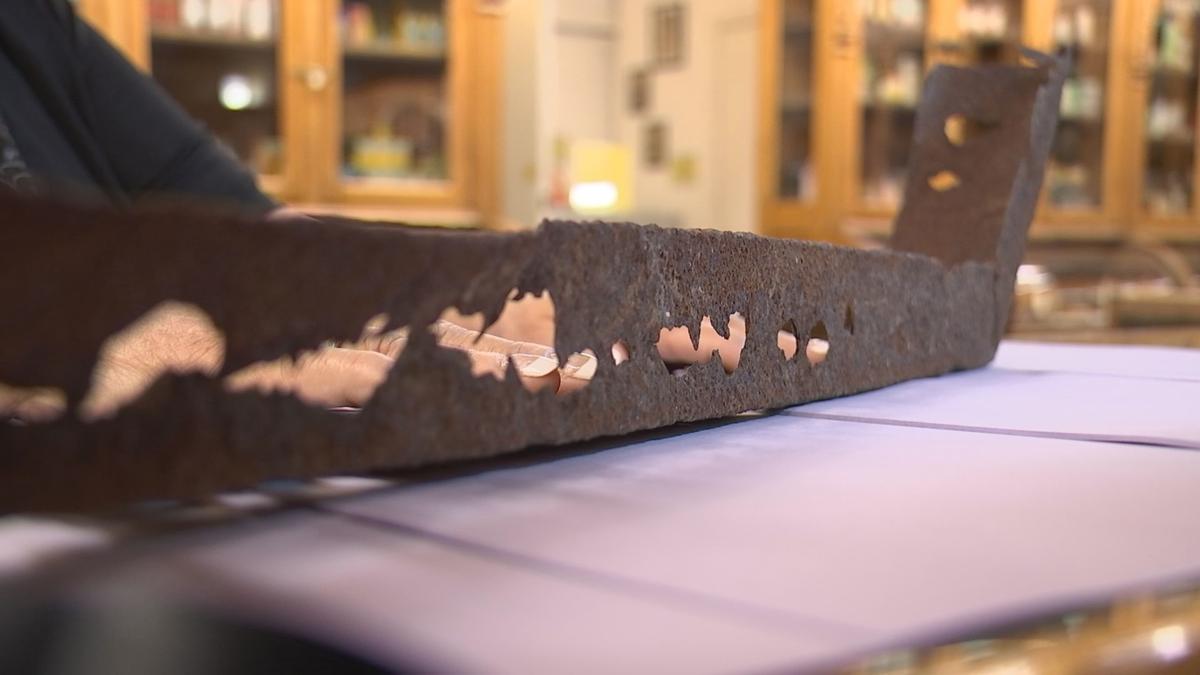 A piece of the USS Arizona is on display at Paducah’s Market House Museum. 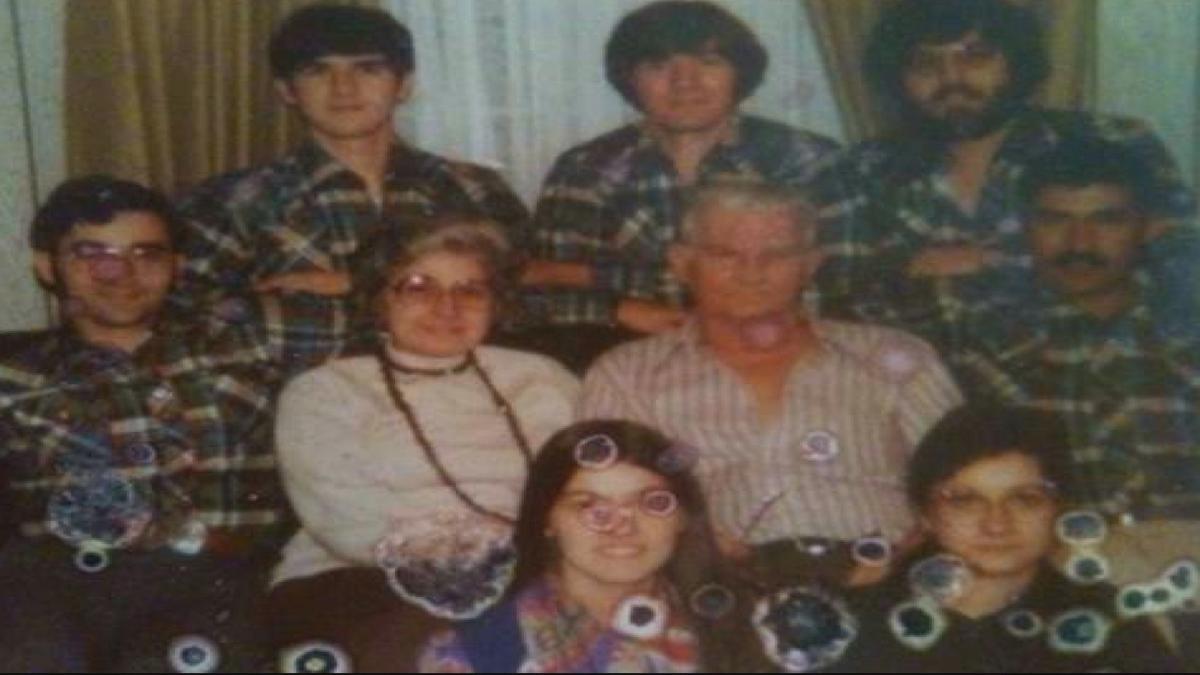 Allard and Anita (center) and their seven children 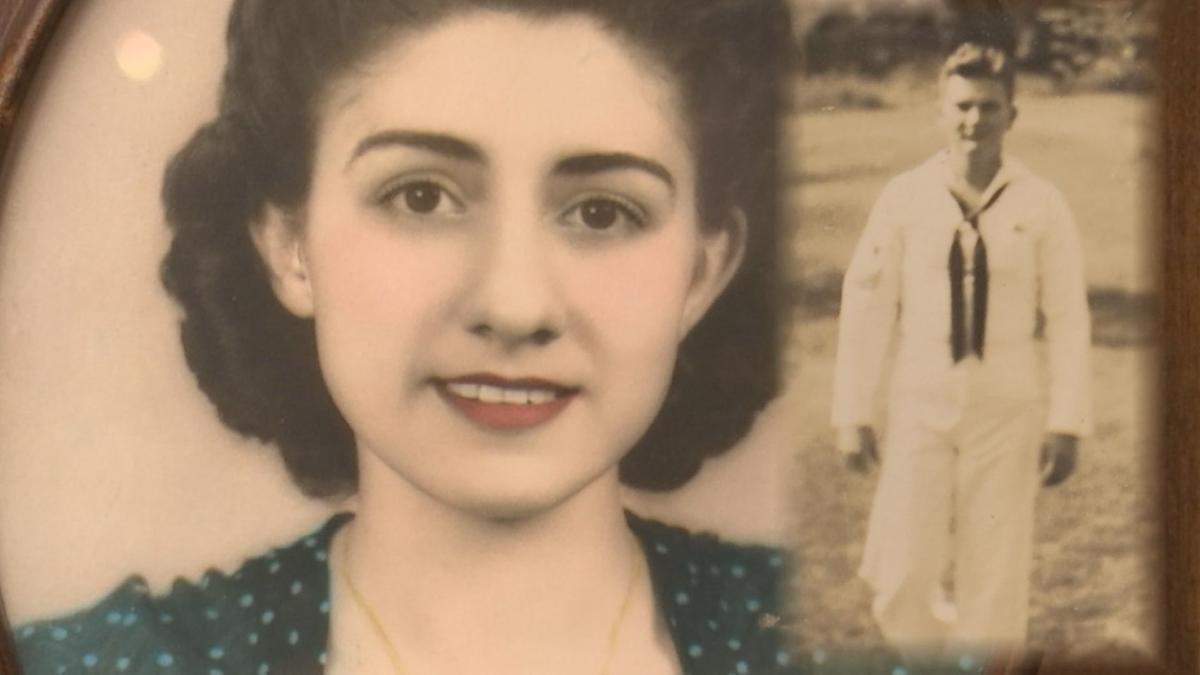 Allard (right) and his wife, Anita 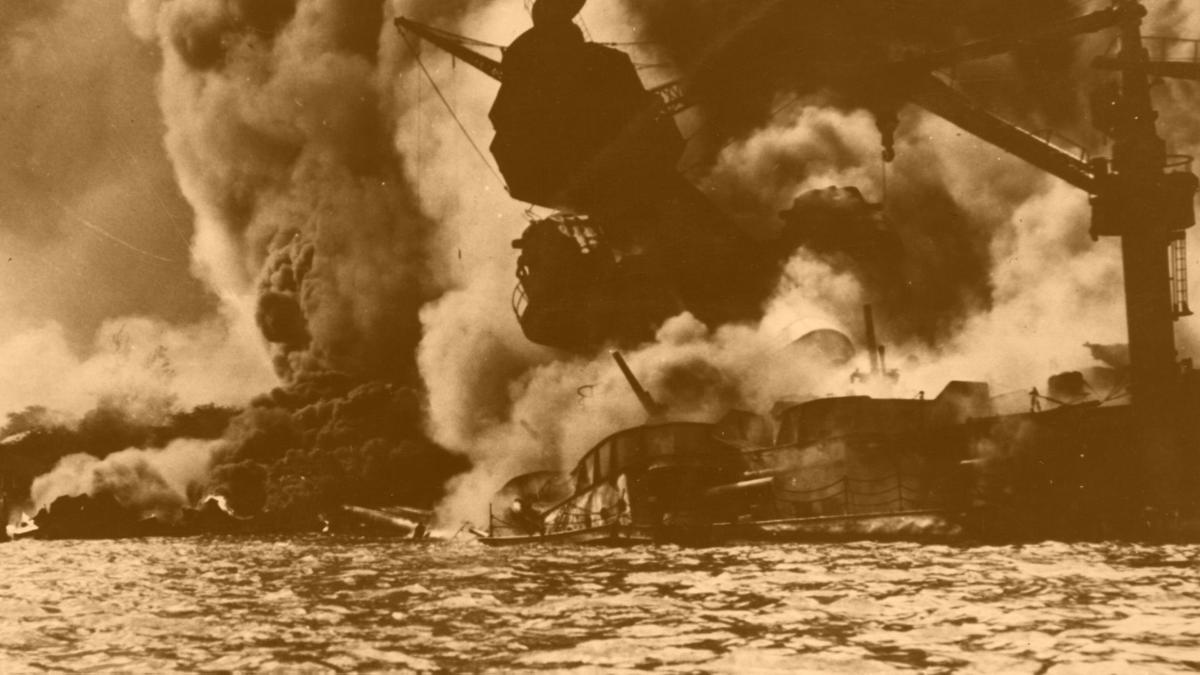 The USS Arizona on December 7, 1941, burning after the attack. 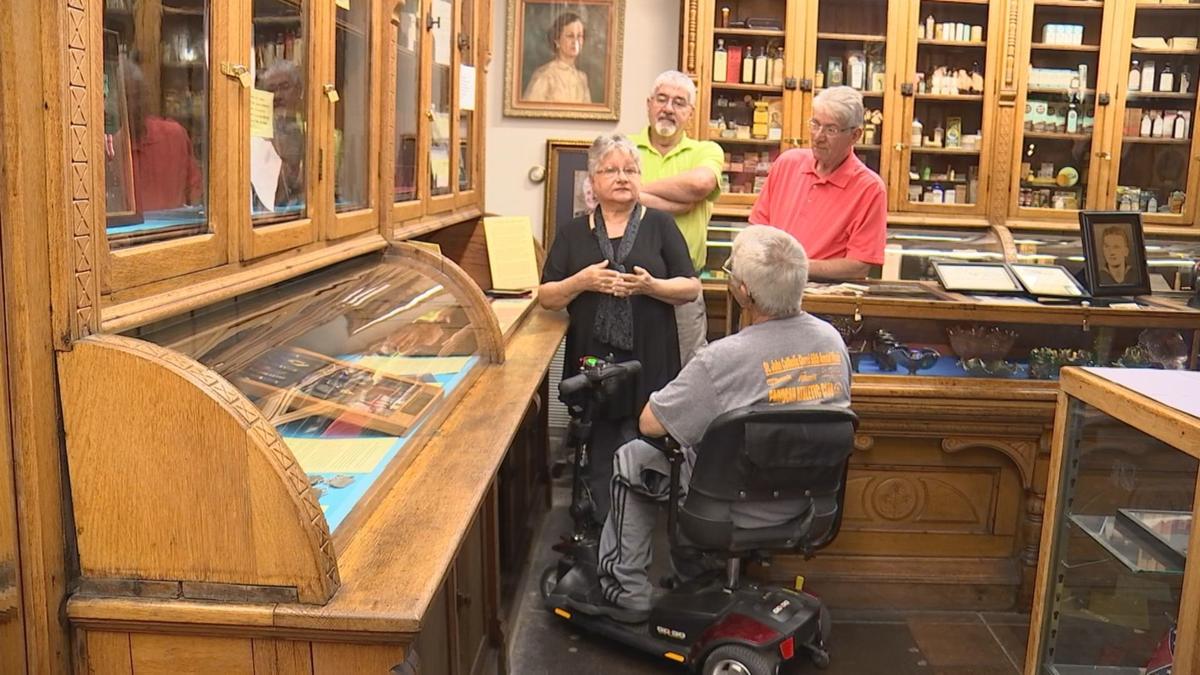 Four of James Allard Vessels children — Margaret, Kenneth, Chuck and Michael — stand near his exhibit at the Market House Museum. 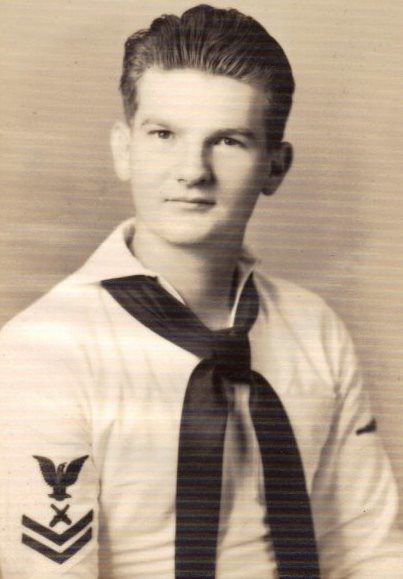 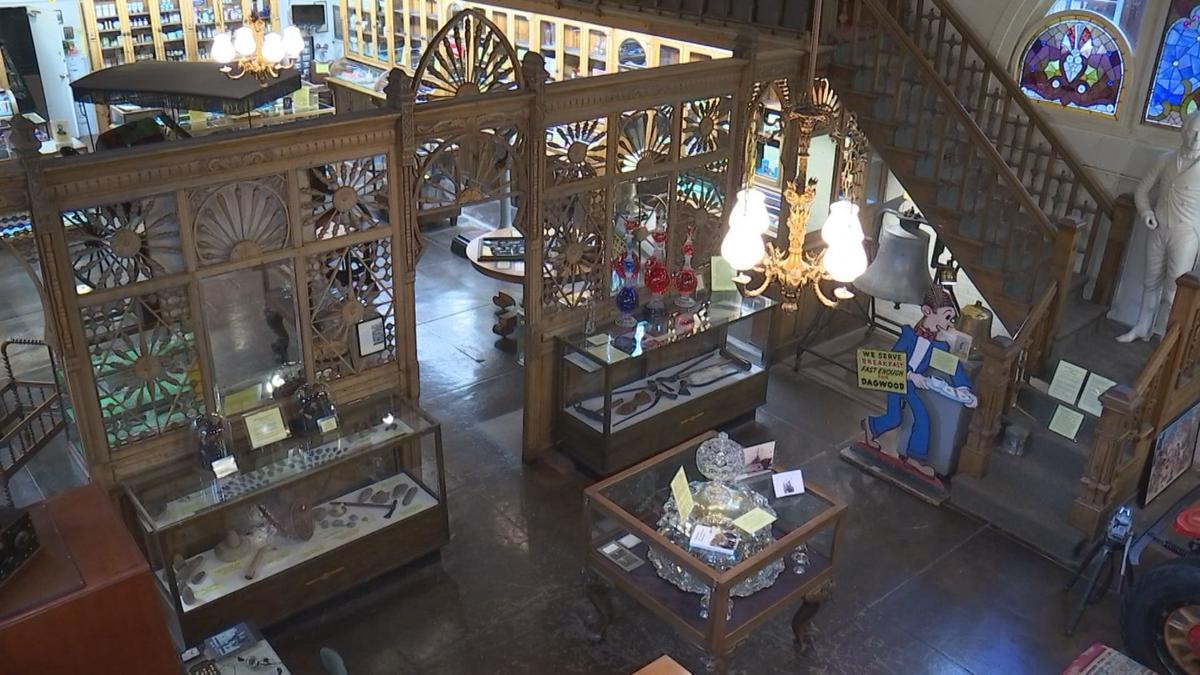 Seven combat ships sank, but were salvaged. Three others were lost to the sea. One of them was the USS Arizona. It’s this ship that claims the greatest loss of life that day: 1,177 officers and crewman.

A Paducah man survived. James Allard Vessels was on the USS Arizona that day, 78 years ago. He passed away in 1981, but his children, the Market House Museum, and a special interview from 1975 keep his experience of service and sacrifice alive today.

Paducah’s Market House Museum is full of local treasures. In a back corner you’ll find a young face from the past, James Allard Vessels. He’s Dad to his kids, Margaret, Michael, Kenneth, and Chuck.

“This is my hero. Always will be,” Chuck Vessels said. “He was the best dad ever.”

“We looked up to him. He was the greatest,” Michael Vessels said.

“My dad was my protector,” said his daughter, Margaret Shoulta.

He was a good man, with an incredible story to tell. In 1975, he told that story to his niece, Susan, who had to interview an interesting person for a high school project.

“She did the interview, and after that it was like something opened up, and he talked about it all the time,” Margaret explained.

“The interview with Susan was the first time I really heard him elaborate on what happened at Pearl Harbor,” Kenneth said.

“I’m interviewing Allard Vessels, who was attached to the USS Arizona, which was anchored at Pearl Harbor on December 7th, 1941, the day the Japanese attacked the fleet anchored there,” said Susan Hodge Hackett, Allard’s niece, in an audio recording from 1975. “Would you give a description of what happened that day?”

“Yes, Susan, I will,” Allard replied.

It was a Sunday morning, quiet, when the first dive bomber came over Ford Island.

“When this bomb went off, Lightfoot and I jumped up to see what was going on, because we couldn’t figure what was happening,” Allard said. “About that time we looked up, and here came a torpedo plane down through the harbor and had this big rising sun painted on the side of it.”

It was the Japanese. Allard and thousands of other sailors were caught by surprise.

“Every time a bomb would hit us, it would knock us off our feet, and we’d get back up again and try to get organized to get ready to go back down,” Allard said. “About that time, another would hit us and knock us to our feet again.”

Allard made it to the ship’s crow’s nest. Margaret remembers a moment her dad shared with her.

“He was level with one of the planes. He said he looked over, and he said he could tell every feature of the pilot’s face and the pilot smirked at him,” Margaret said. “I believe Dad said he winked at him.”

Then, the Arizona was hit.

“They know now that it went through the main deck and penetrated the floors and then blew up the magazine, and that’s in some of the videos you see where the ship raises up and settles back down,” Chuck explained.

“There was 1,177 men that died on the Arizona alone,” Allard said on the taped interview. “Out of the division that I was in, which was anti-aircraft, there wasn’t just about seven or eight of us left out of the 6th division. The rest of them were all killed.”

When the attack was over, devastation was left behind. Allard, despite his own injuries, spent hours pulling survivors from the water.

“When were you able to notify your family that you were OK?” Susan asked him in the interview. “The day following the attack, they came around and they give us all a small piece of paper,” Allard told her.

“They could only send a couple of words, and in his telegram it said, ‘I’m alive,'” Margaret said.

It was enough for his fiance Anita. He eventually made it home, married her and built a family.

“He knew what was important,” Margaret said. “I don’t think dad ever took anything for granted.”

“Allard, I’d like to thank you for this interesting account of what happened at Pearl Harbor,” Susan said, ending the interview in 1975.

Margaret said she still listens to that interview every once in a while “just to hear his voice.”

James Allard Vessels died in 1981. His story lives on through this interview, as does the memory of thousands who lost their lives on December 7, 1941.

One who truly knew the value of service and sacrifice.

“My dad said one time, he said, I’m not a hero. The heroes are the guys I left behind,” Chuck said.

The Market House Museum has a exhibit on James Allard Vessels. It includes a piece of the USS Arizona.

“Dad would step down off the ladder onto this all the time. So, my daddy stepped on this, on the Arizona many, many, many times,” said Margaret, pointing to the metal piece of the USS Arizona. “Everybody would look at this and think ‘Well, that’s a piece of junk. Throw it away.’ Oh no. No. My daddy stood on this.”

The attack on Pearl Harbor was what motivated the United States to formally enter World War II. The D-Day landings and the battle of Normandy in 1944 were a critical turning point for the Allied forces in defeating the Nazis. Thursday, June 6, 2019, marks 75 years since 156,000 American, British and Canadian troops stormed 50 miles of Normandy’s beaches in northern France.