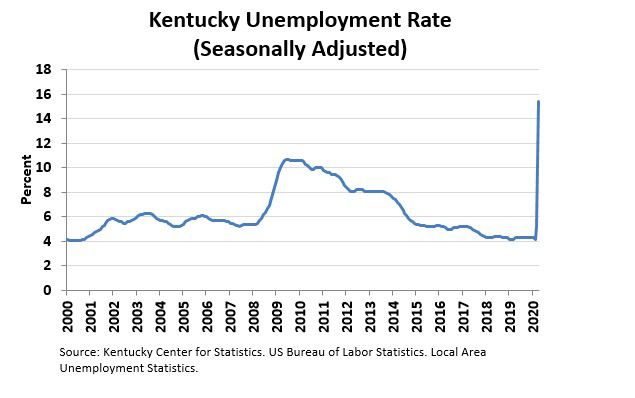 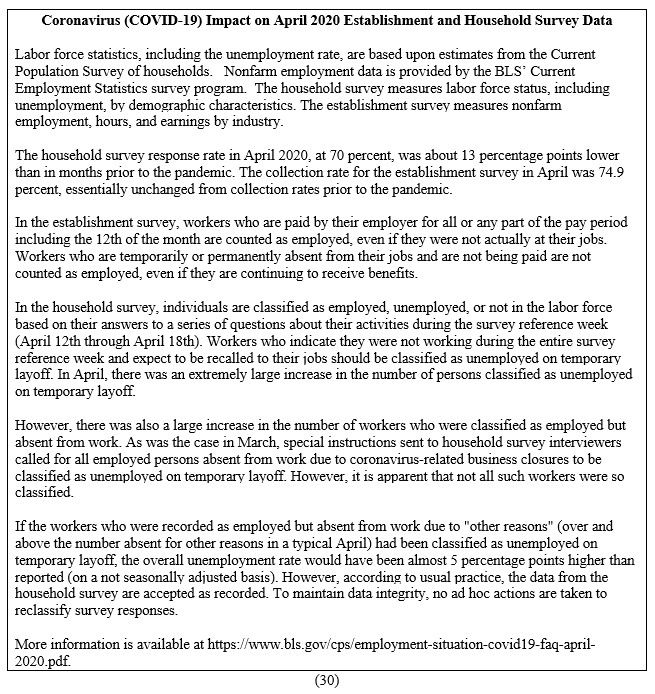 FRANKFORT, KY — Kentucky's April 2020 unemployment rate was 15.4 percent, according to the Kentucky Center for Statistics which is an  agency within the Education and Workforce Development Cabinet.

The education cabinet says labor force statistics, including the unemployment rate, are based on estimates from the Current Population Survey of households. The survey is designed to measure trends in the number of people working, and includes jobs in agriculture and individuals who are self-employed.

Kentucky's civilian labor force was 2,060,553 in April, a decrease of 5,722 individuals from March, according to the education cabinet. Additionally, the number of people employed in April fell by 216,043, while the number of unemployed increased by 210,321.

In a separate federal survey of business establishments that excludes jobs in agriculture and people who are self-employed, the Bureau of Labor Statistics' Current Employment Statistics program says Kentucky's nonfarm employment decreased by 289,600 jobs, or 15 percent, in April.  Kentucky’s employment was down 299,900 jobs relative to April 2019, or 15.5 percent.

The education cabinet says the states leisure and hospitality sector shed 82,100 positions in April, which is a decline of 42.2 percent. This was down 89,600 positions since April 2019. The accommodations and food services subsector lost 69,700 jobs from March to April.

Employment in the arts, entertainment, and recreation subsector also decreased by 12,400 jobs.

Employment in the state's educational and health services sector decreased by 35,400 jobs in April of this year. The educational services subsector was down 3,100 jobs this April. Health care and social assistance subsector declined by 32,300 positions from March to April.

“While the health care sector typically performs relatively well during economic downturns, shortages of personal protective equipment and restrictions on elective procedures have contributed to fewer services being provided and a 12.5 percent decline in health care employment,” says University of Kentucky’s Center for Business and Economic Research Interim Director Mike Clark, Ph.D. “National health care employment experienced similar decreases, with most of the losses being concentrated in offices of physicians, dentists, and other health care practitioners.”

Total employment in the government sector fell by 16,000 jobs from March to April.

Employment in the information services sector fell by 1,900 jobs in April 2020. This sector was down 3,300 positions from a year ago. The industries in this sector includes traditional publishing as well as software publishing; motion pictures and broadcasting; and telecommunications.

Kentucky’s statewide unemployment rate and employment levels are seasonally adjusted. Employment statistics undergo sharp fluctuations due to seasonal events, such as weather changes, harvests, holidays and school openings and closings. Seasonal adjustments eliminate these influences and make it easier to observe statistical trends. However, due to the small sample size, county unemployment rates are not seasonally adjusted.

You can see a statement about the COVID-19 impact on April establishment and household survey data below.