MCCRACKEN COUNTY, KY — Two local lawyers have filed a lawsuit against the McCracken County School District and the board of education on behalf of a former McCracken County High School student and her parents.

The lawsuit filed Thursday by attorneys Donna Thorton-Green and Bard Brian centers around the Princekumar Joshi case. Joshi was sentenced in September to two years in jail after he entered an Alford plea to charges of sexual misconduct and tampering with evidence. In February of 2019, investigators said Joshi was an 18-year-old McCracken County High School student when he forced an underage girl to engage in a sex act while he recorded it on his phone.

Thorton-Green and Brian write that the girl first told Stephanie Carter that she felt threatened by Joshi on Feb. 12, 2019. The teacher told her she would have to report it, the lawsuit claims.

The lawsuit says the defendants did not contact the girl's parents or the authorities on the 15th. The suit says the girl later told her parents about the alleged assault on Feb. 17, 2019. That same day, the McCracken County Sheriff's Department began investigating her complaint. Joshi was charged on the 19th. Ceglinski and Bowland were charged on the 19th with criminal misconduct and failure to report child dependent neglect/abuse, but those charges were later dropped.

The suit accuses the defendants of bullying and threatening the girl with detention to try to maintain her silence and protect the school district's image.

The suit also claims the defendants "outrageously orchestrated with intention to conceal public knowledge of any sexual abuse incidents occurring at the McCracken County High School, and conducted a bad faith investigation without any intention to make reports required by statute and its own policy."

The suit says when the girl returned to school after Ceglinski and Bowland were charged, she no longer felt comfortable or safe communicating with school counselors or house principals at the high school. The suit says the girl began experiencing panic with triggers at school. It says she received negative comments from peers and teachers, including a male teacher who allegedly said he “did not want to end up on the news.”

The lawsuit says the girl has required ongoing psychological counseling related to the assault and to what happened when she reported it.

“The defendants publicly created and encouraged an environment that led to (the girl’s) shame in making a report of her sexual abuse,” the lawsuit alleges. “Defendants did not express empathy or support for (her), public or otherwise, but rather focused solely on their individual predicament in having charges made against them. Defendants even orchestrated a ‘high-five’ cheer between Ceglinski and the student body upon Ceglinski’s return to school following dismissal of his charges.”

The suit asks for compensatory damages for the harm the girl and her family suffered and punitive damages for the misconduct the defendants are accused of. The suit does not name a monetary amount for the damages sought.

You can read the lawsuit in full in the document below. 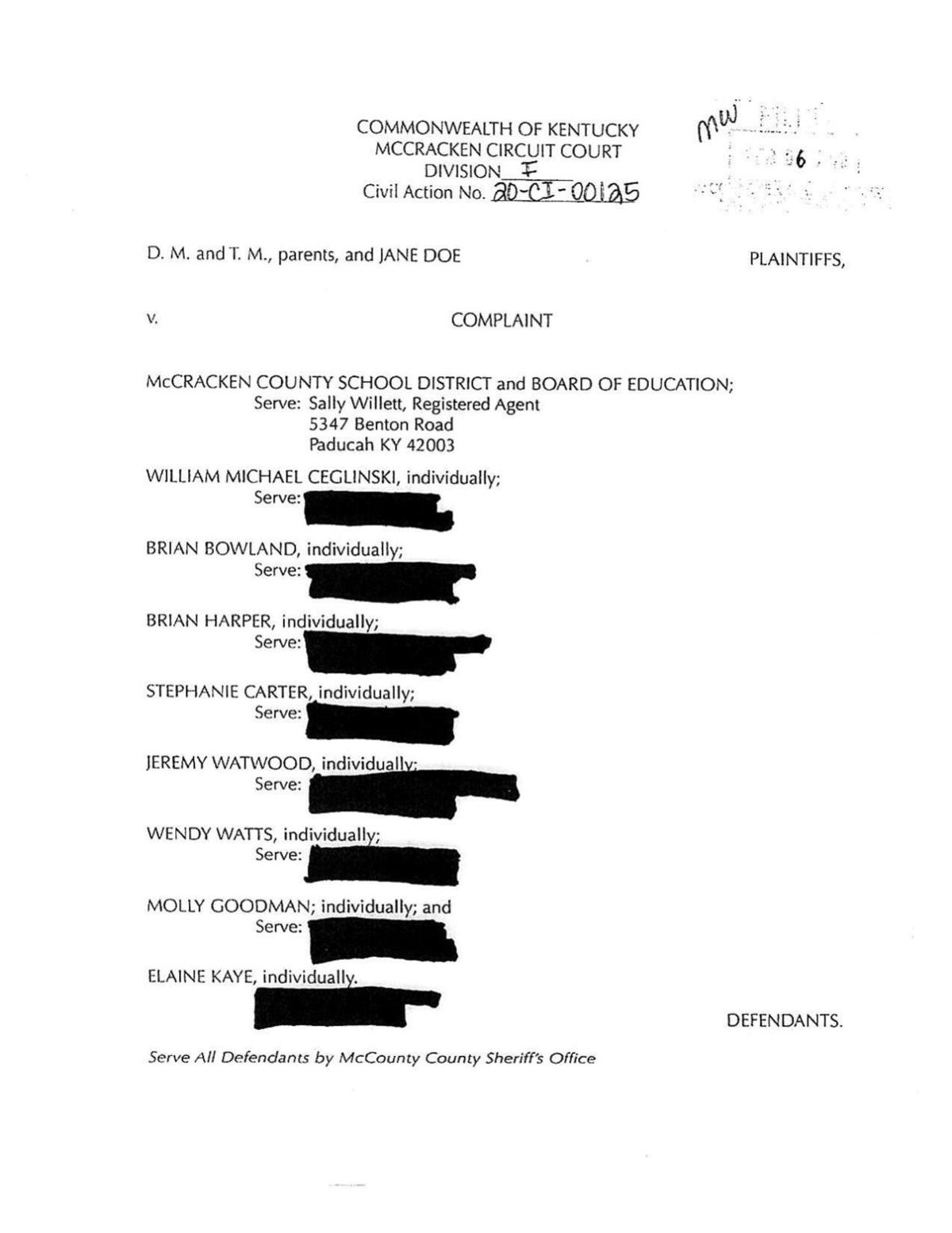 A judge has granted an order to expunge the record of former McCracken County High School principal Michael Ceglinski.