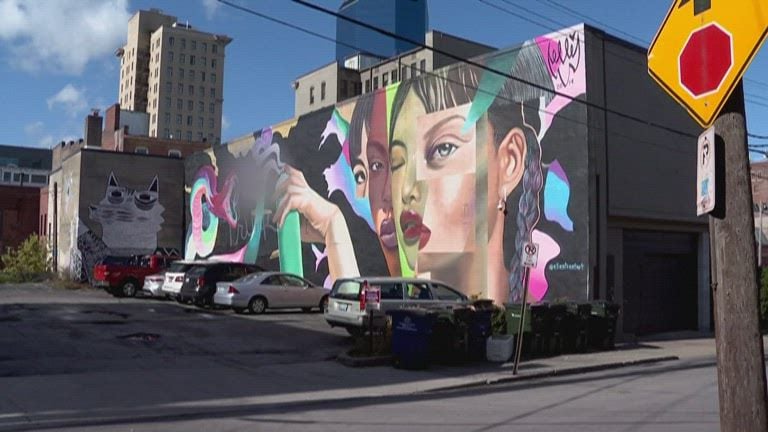 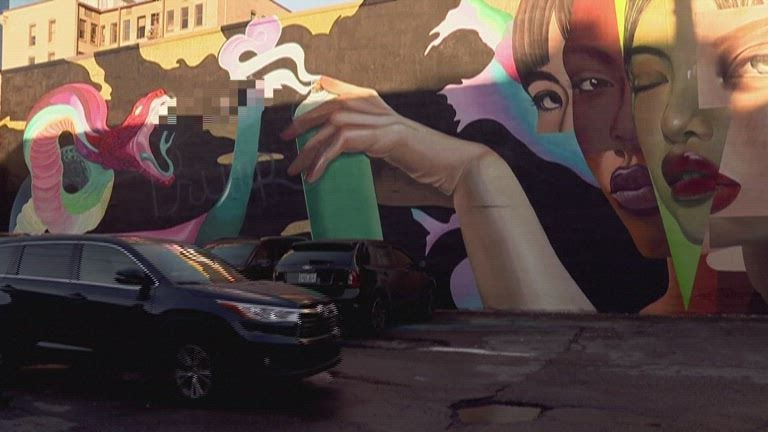 LEXINGTON, KY (WLEX) — A hidden message in a newly painted mural has caught people by surprise in Lexington, Kentucky.

The painting is titled "The Devil is in the Details."

The mural shows four women and a snake emerging from a can of spray paint.

But, looking closer, viewers find an expletive and the president’s name in mi

The images included with this story have been edited to avoid showing the vulgarity.

The artist released a statement saying the words were supposed to be glow-in-the-dark and were not expected to show up during the day. The artist said the paint didn't dry clear as anticipated.

The city of Lexington has condemned the vulgarity, but says there's not much that can be done, because the mural is on private property. Legally, the painting is considered free speech.

Meanwhile, city officials are checking to see if the group responsible for the mural has received any public grants.