Local 6 has filed an appeal to the Kentucky Attorney General's Office regarding an open records request we submitted to Murray State University. WPSD is seeking information regarding Murray State President Bob Jackson's alleged involvement with former Circuit Court Judge Jamie Jameson to stop a news story from airing on public radio station WKMS. The station is owned and operated by the university.

As Local 6 reported Wednesday, the university denied our request by refusing to provide public records, and what information was provided was heavily redacted.

Earlier this month, the Kentucky Judicial Conduct Commission removed Jameson from the bench after a full week of hearings. Former WKMS Station Manager Chad Lampe gave testimony on the incident during Jameson's JCC hearing in October.

Lampe's testimony centered around an open records request WKMS filed earlier this year to get video of Jameson allegedly walking around the Marshall County Judicial Building in his underwear.

In the appeal sent Thursday on behalf of WPSD, Louisville attorney Michael Abate notes that Murray State invoked the First Amendment in its attempt to conceal the records we requested from the public. Abate explains that the open records request seeks communications between certain Murray State administrators, Jameson and/or Lampe relevant to the alleged effort to pressure Lampe into stopping publication of a story that would be unflattering to Jameson. The request did not seek records that invade WKMS's news-gathering process.

"There is simply no basis to claim—and MSU suggests none—that any communication among MSU administrators and employees 'regarding WKMS' is somehow protected by the First Amendment," Abate writes. "It would be absurd to allow MSU to invoke the First Amendment’s press protections to prevent the public from accessing public records that may reveal MSU’s attempts to infringe on Mr. Lampe’s fundamental First Amendment right to report the news. But that is precisely what MSU asks this office to do."

Abate writes that Murray State is asking the attorney general's office, "to disregard the Open Records Act—the public’s primary vehicle for holding its government officials accountable—in favor of secreting away public records that may reveal serious misconduct by MSU officials. Still worse, it does so by wrapping itself in the protections of the First Amendment after the JCC found by clear and convincing evidence that MSU administrators acquiesced to Judge Jameson’s request to contact Chad Lampe for information about his reporting on Judge Jameson using the Open Records Act."

The conclusion to the appeal reads:

"The Open Records Act promotes the policy that 'free and open examination of public records.' KRS 61.872. MSU has violated this policy by withholding responsive public records they are required by statute to disclose. It did so by invoking the First Amendment to shield its response to Judge Jameson’s attempt to suppress WKMS’ reporting of a story critical of Judge Jameson at his request. Indeed, it is difficult to imagine a more cynical attempt to withhold production of public records than MSU’s efforts here.

"MSU’s contempt for its obligations under the Act is further evidenced by its illogical claim that Mr. Boxx’s request is at once too general and too specific. MSU complains that the request is not sufficiently precise because it is not limited by date; yet, in the very next paragraph complains the provided date range is too burdensome. MSU cannot have it both ways.

"The few records MSU has provided are improperly redacted. MSU has not even attempted to make the showings required to invoke its claimed exemptions. Its attempt to assert multiple exemptions over large swaths of records without explanation is “simply put…not how the ORA process works.” See Kernel Press, Inc., 620 S.W.3d at 55.

"For all these reasons, this office should require the MSU to immediately produce the requested records without redaction. Thank you for your prompt attention to this appeal. If you need further information, please feel free to contact us."

Download the documents below to read our appeal and its supporting exhibits in their entirety, as well as our newest open records request. 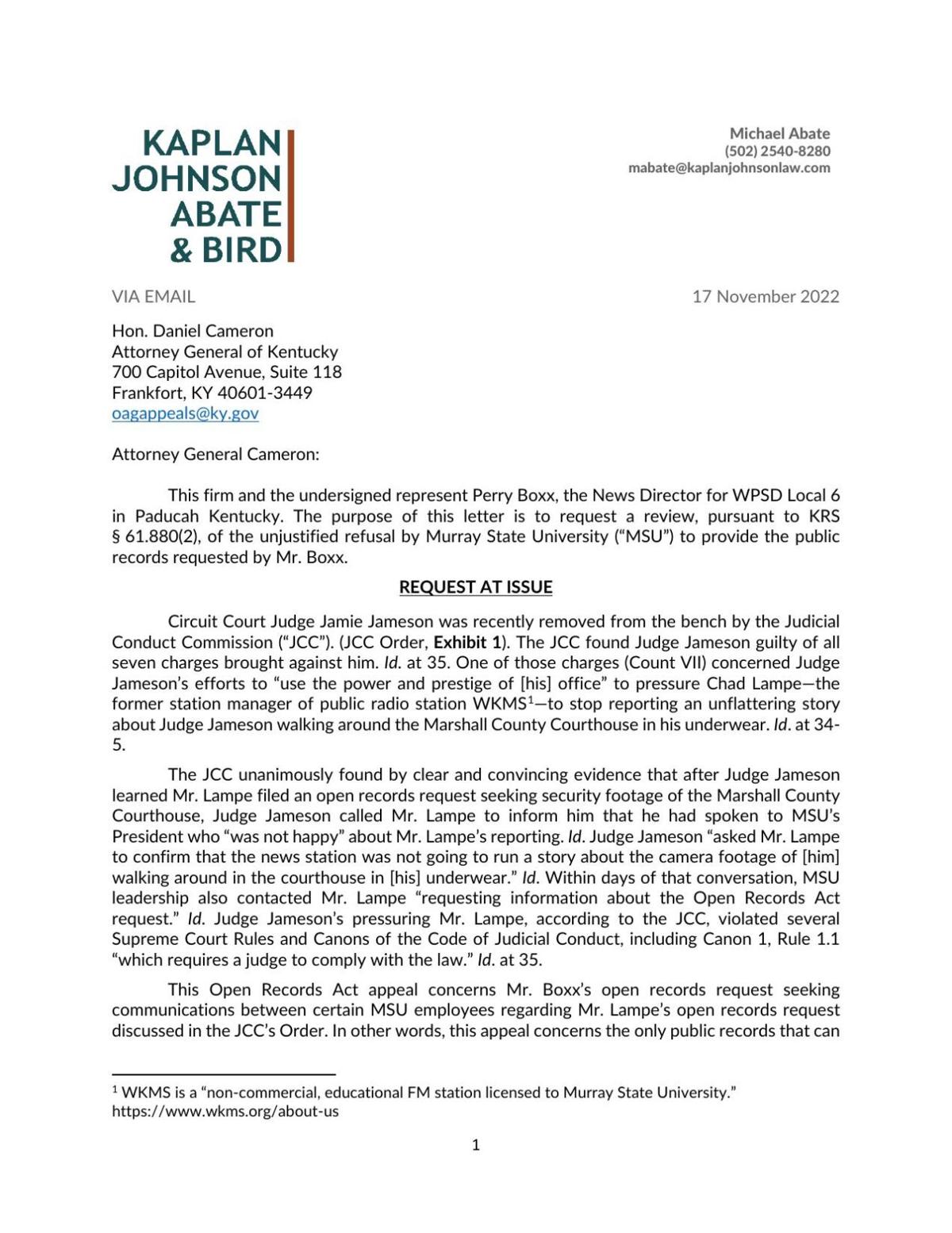 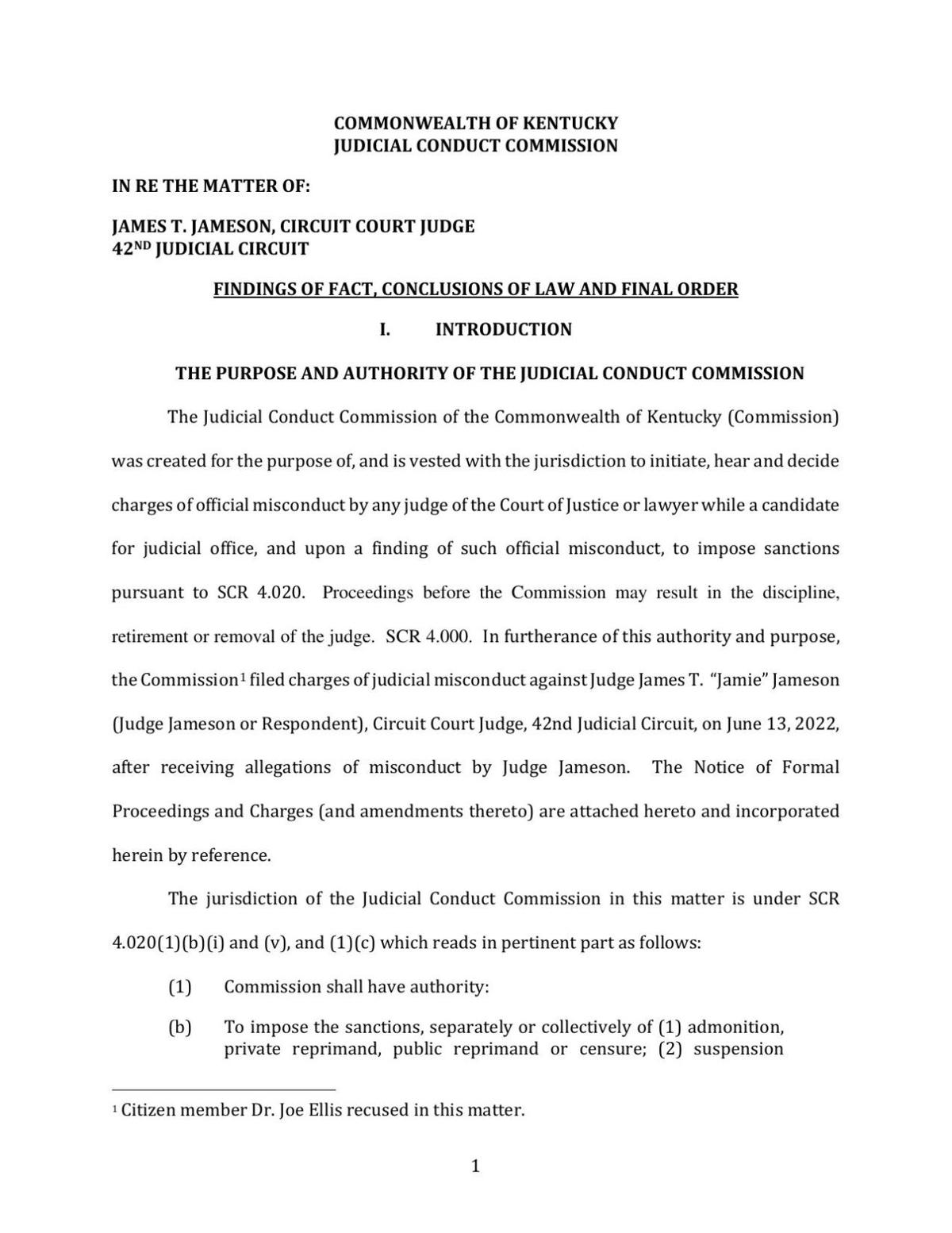 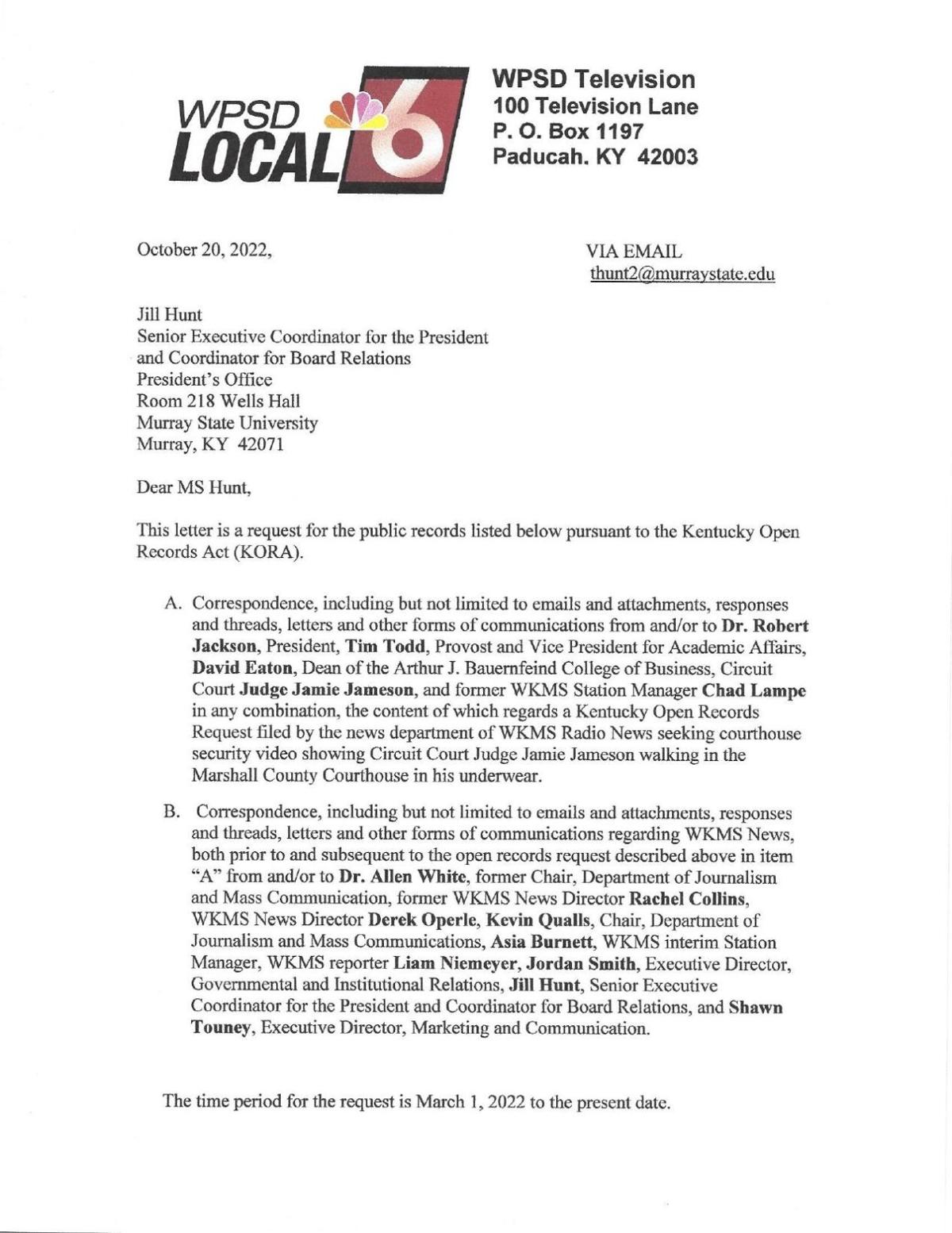 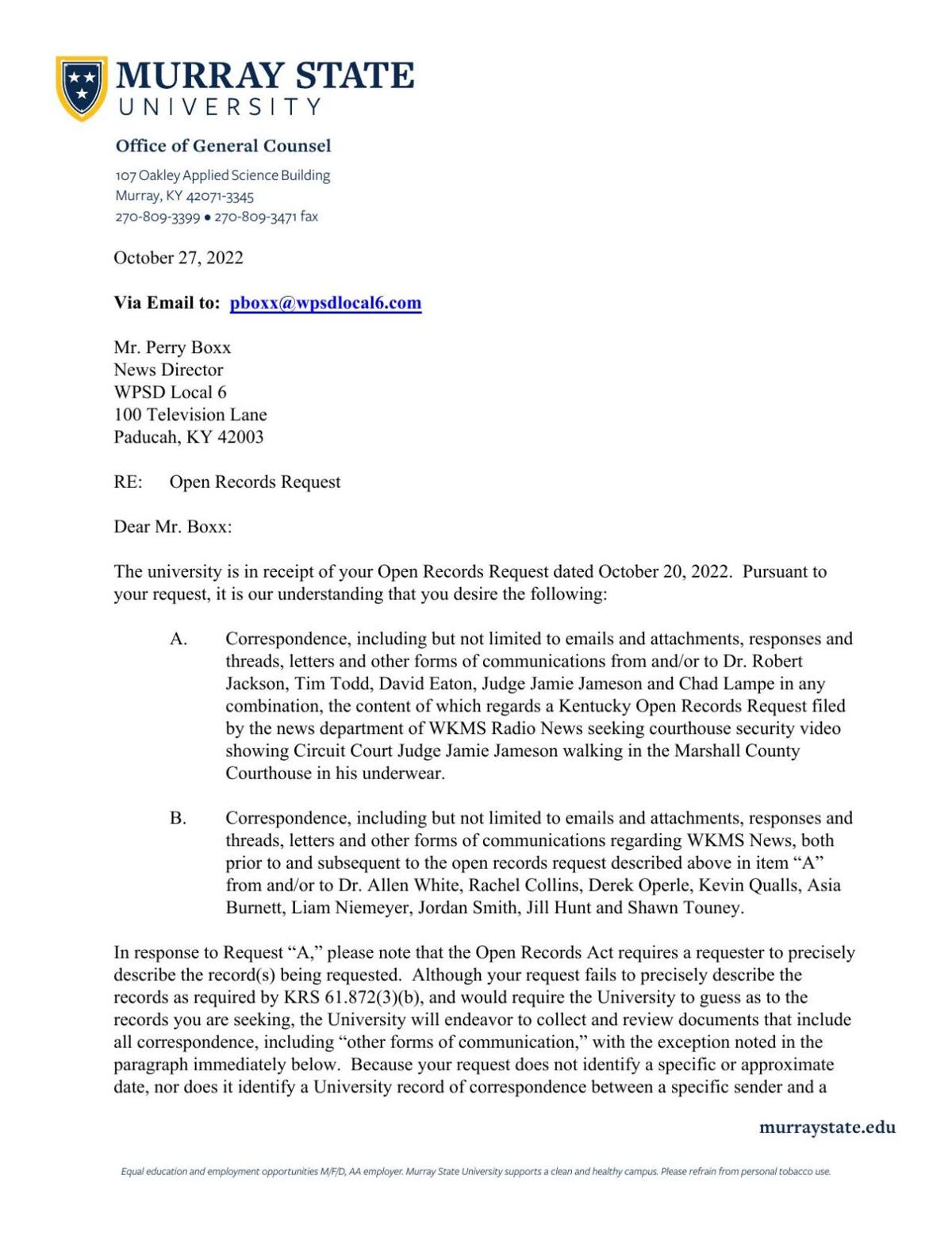 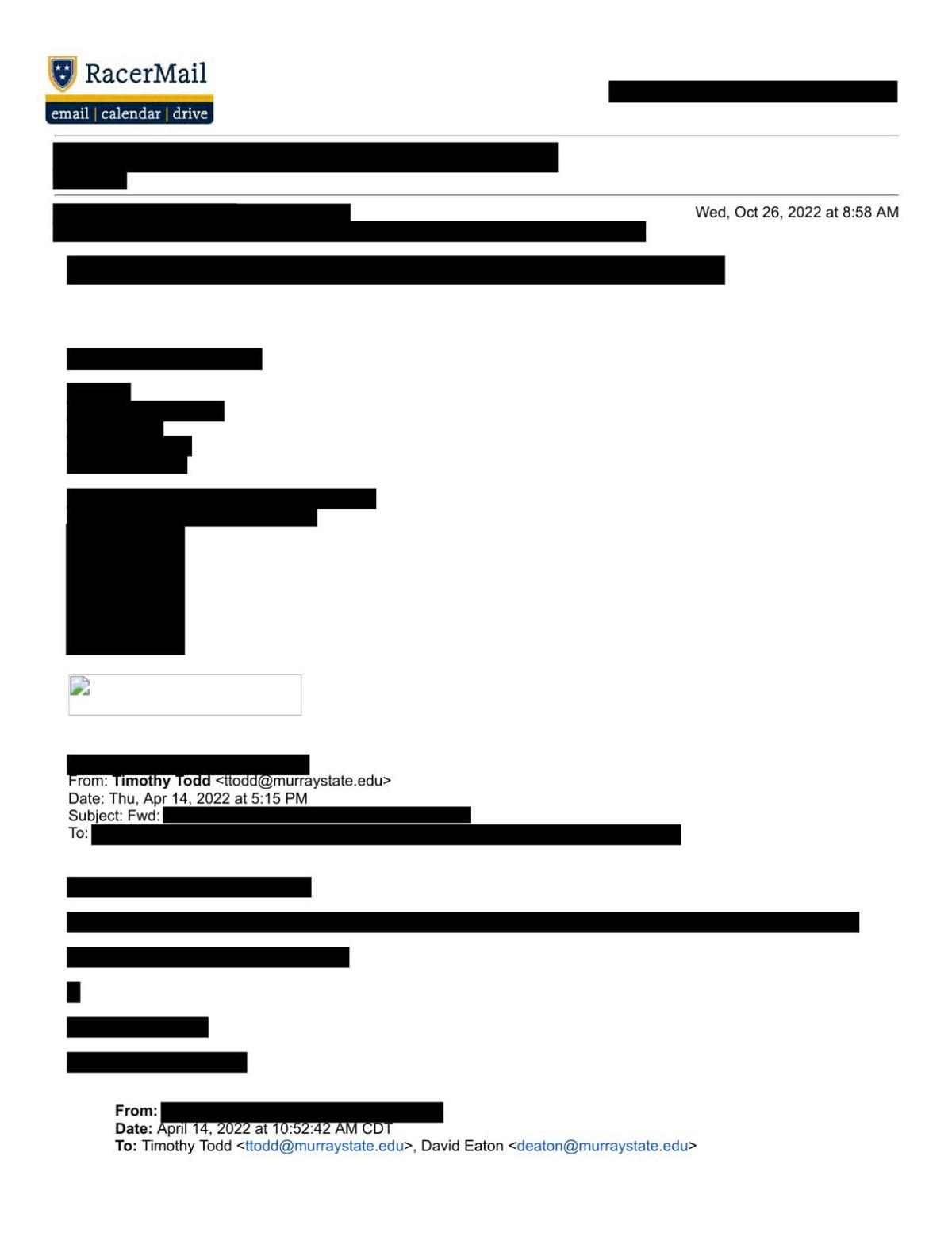 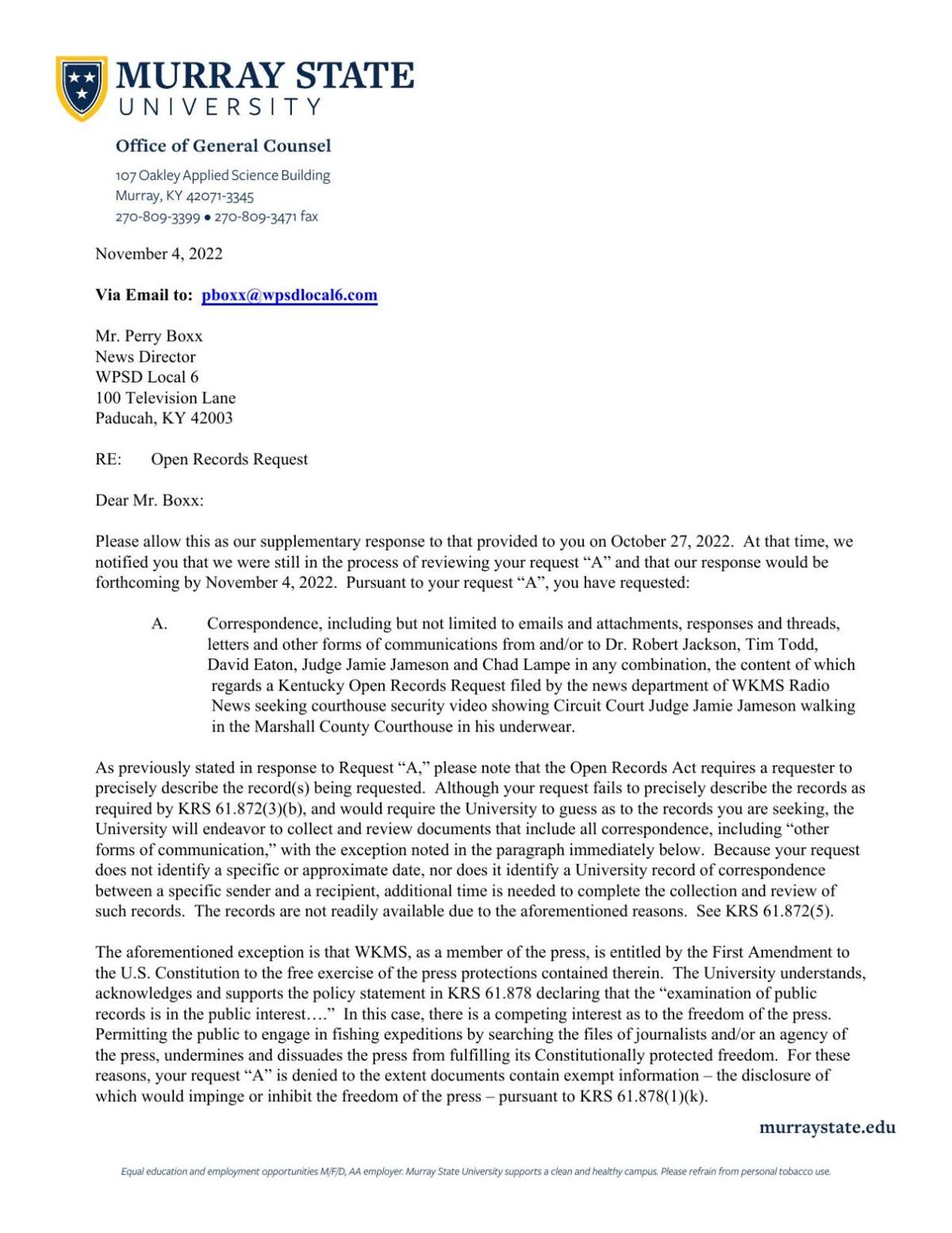 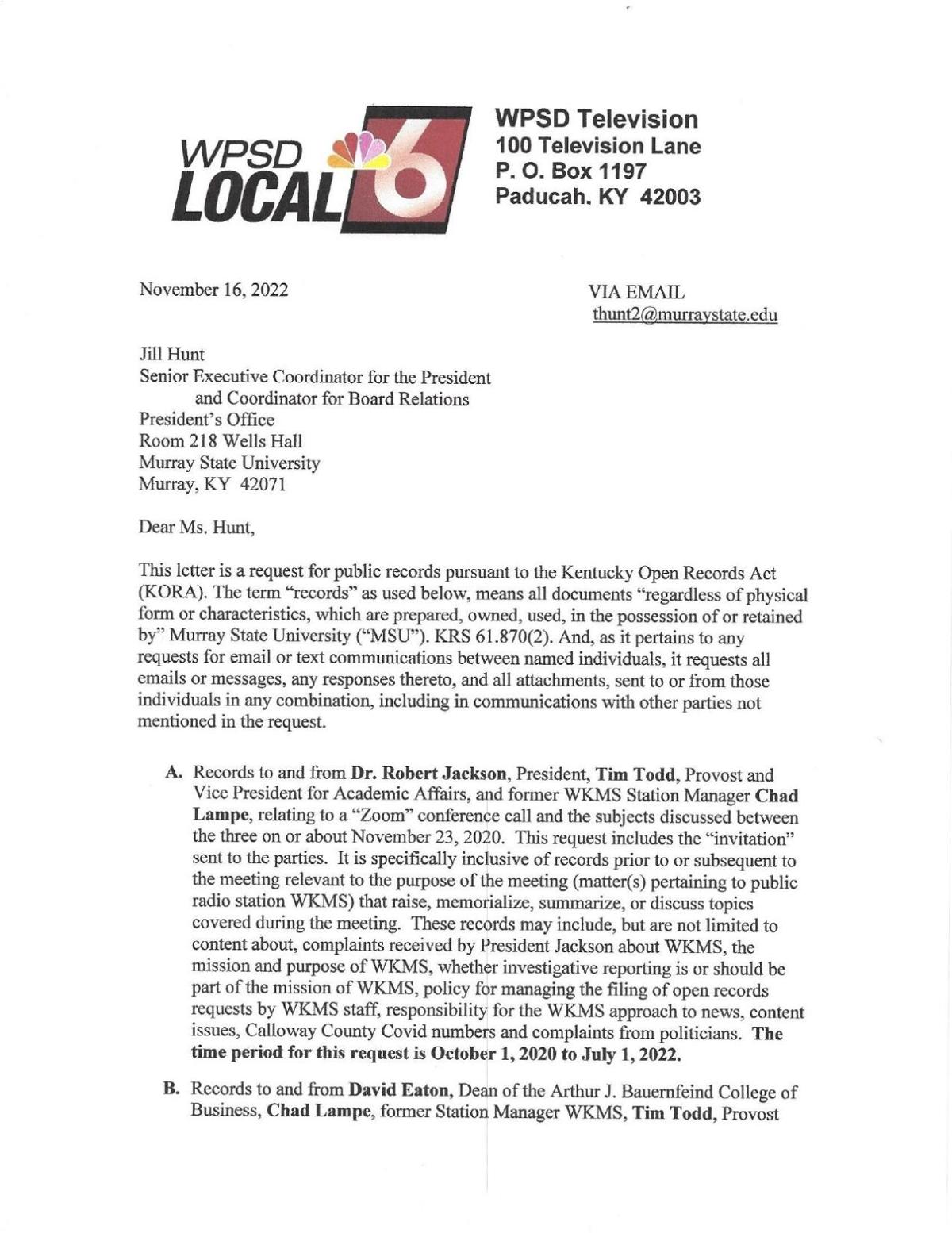 "When this is all over we’ll know who believes in the First Amendment and who does not."

"When this is all over we’ll know who believes in the First Amendment and who does not."