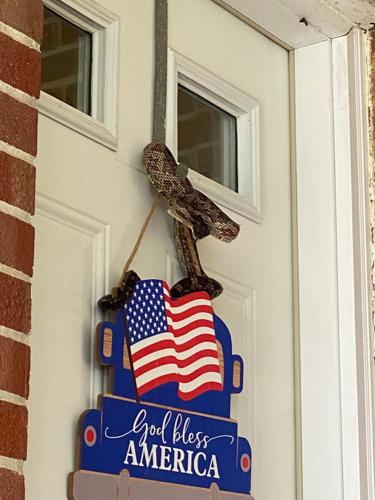 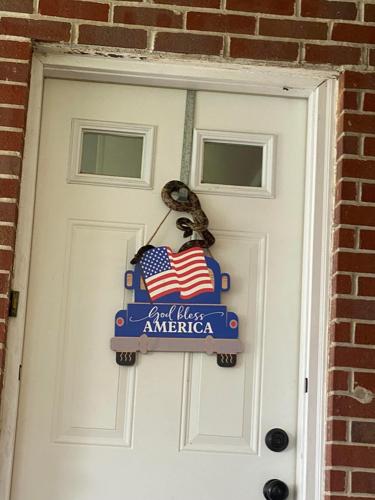 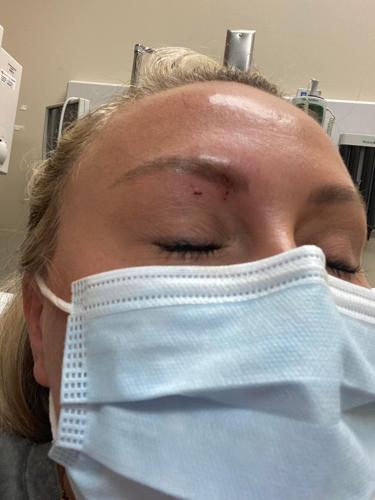 PRINCETON, KY — The heatwave is bringing out wildlife, including snakes. In search of shade or a cool place to relax, it’s not uncommon that a snake could end up in or around your house.

For one local woman, that's exactly what happened. She found it hanging in a wreath on her door. Because her door opens inward, she came face to face with it.

She says everything after that happened so fast.

Thomas was heading back inside after putting her trashcans away when the 3-foot snake caught her eye.

The sound of her screams alerted her mother, Mara Jo.

Thomas says she ran out the door, and the next thing she knew she was bitten. “It bit me before I ever saw it, but I knew instantly that it did bite me," she says.

Mara Jo raced Kenley to the hospital, because she didn't know if the snake was venomous.

Sgt. Daniel Richardson with Kentucky Fish and Wildlife says the probability of getting bitten by a venomous snake in western Kentucky is not that likely.

“It's not a lot like what people think, especially for as many people access the public areas that we have, like Land Between the Lakes and the rivers,” Richardson says.

Mara Jo says they only see one to two snakes a year hiding on their property, but never this close.

“The heat, and the landscaping, just a combination, it was probably just trying to find somewhere cool to hide out,” Mara Jo says.

Richardson says that's common for snakes in the heat.

But what can you do to make sure you're safe?

“It’s probably hard to keep them away, but you can limit the places they have access to. They'll find lots of places that you wouldn't expect them to be, especially in this heat,” Richardson says.

Mara Jo is removing the door hangers from her door.

She and her family pay extra close attention when they go outside now.

“I'm definitely going to take a double look before I walk outside,” Mara Jo says.

Kenley agrees. “We still are right now, every time we go through that door,” she says.

After posting about the incident on Facebook, she's received more than 44,000 shares. Viewers of the post assured Mara Jo that it was likely just a chicken snake.

She still took a precautionary visit to the doctor, and she's doing OK now.

Kentucky Fish and Wildlife says if you encounter a snake on your property, the best course of action is to leave it alone.

They advise you to call a professional to remove it.