PADUCAH — One of the companies named a finalist to be a potential manager for the indoor recreation and aquatic center in Paducah is a sister company of the consulting company that prepared the five-year financial plan, or pro forma, for the city to determine the feasibility of the more than $20 million project.

Documents and emails Local 6 obtained through an open records request reveal SFM was on the city's radar well before the city issued a Request for Qualifications (RFQ) from interested management companies. That RFQ also appears, in large part, to duplicate a template supplied to the city by SFM. You can compare the two in documents we've included below.

The city conducted virtual interviews with SFM and two other firms sometime after the COVID-19 pandemic began. Two other firms were not invited to interview.

The pro forma SFA/SFM provided the city forecast the indoor recreation and aquatic center would run in the red in the hundreds of thousands of dollars for years. At a November 2019 Paducah City Commission meeting, at which the city commission voted for $20 million-plus in debt and to raise taxes to pay for the center, Mayor Brandi Harless made the first public reference to SFA’s sister company, SFM.

"They also have this management arm, and they are a potential partner that has done this in many other communities," Harless said. "Let's don't pretend that we know how to do this. Let's actually hire a company who knows how to do it, who has purposed to break us even within five years, and let's work with a group that's more sophisticated and can get us there."

A month before that meeting, City Manager Jim Arndt said in an email that he was "highly impressed" with facilities managed by the company which he called SFA. The email to the commissioners and others said facilities managed by the company “typically hit the black in year 2 to 3." He called the pro forma showing black in five years "conservative.”

"They told us straight up 'Hey, we're doing the pro forma, and in the future if you hire our management company to manage the facility you're guaranteed numbers," Arndt said. "That speaks volumes, you know."

Arndt called SFM the management side of SFA, but the CEO of SFM, Jason Clement, said they operate as different companies, each a separate LLC.

"The SFA staff and team run their operations, and SFM is completely separate and different," Clement said. He added they have different LLC's and that SFM was created by SFA in about 2014. Clement also acknowledged his own email signature shows him as CEO of both companies.

"That signature needs to be updated," Clement said. "Clearly, that's causing some confusion here, so we'll make sure that gets done."

Clement acknowledged their sister company SFA did share with them the possibility of managing Paducah's new center.

The suggested RFQ template provided to Arndt came from another SFA/SFM executive who's email signature identifies him as chief operating officer of both companies.

An email from Evan Eleff, COO of Sports Facility Management and Sports Facility Advisement, sent to Arndt said: "This should help you get started on the RFQ or RFP process as quickly as possible."

Eleff sent that email to Arndt on Dec. 12, 2019, about a month before the city issued it's public request, using much of the verbatim language the company provided.

Arndt described the city document as coming from multiple sources.

Arndt said he asked one other company that bid for a template and we confirmed two others volunteered them. A number of companies we spoke to said it is a common practice companies use to try to make things easier for public entities as they try to develop a relationship. Arndt said the city also pulled language from examples from four other cities. They include the village of Pinecrest, Florida; Sherwood, Oregon; Roswell, New Mexico and Tulsa, Oklahoma.

We spoke to four of the five companies who applied for the management position about how they felt about the relationship between SFA and SFM.

Tom Hillgrove with Rink Management, a management company in the final three, said they're not worried.

"There been a number of projects over the years where we were asked to come in and do a feasibility study, which generally includes a pro forma," Hillgrove said. "And then from there, we were allowed to bid on the management of the project."

Hillgrove calls the process for bids by the city fair, responsible and professional.

"They've been responsive," Hillgrove said. "They've provided a lot of information more than we get on a lot of our proposals."

Brian Sheehan, the CEO of Swim Club Management Group, had a different opinion about the application.

In a statement, he said: "We definitely had some concerns after reviewing the RFP since it appeared to be narrowly tailored such that only one company would qualify. But, given our company's extensive experience in the aquatic and recreation industry, we still wanted to submit a bid."

The city did not interview the company as a top three candidate.

Clement acknowledges they they walk a fine line in pursuing management in Paducah.

"We understand the legal requirements associated with that," Clement said. "And so we're very careful to make sure you know, we're not mixing churches and state."

Prior to the application deadline, Clement also had a dinner meeting with Arndt regarding aquatic and recreation center management.

"I knew that they were involved at the the origination of The HUB (a recreation and aquatic center in Marion, Illinois) and trying to figure out, try to take away some best practices as far as designed to try to just glean from them," Arndt said. "Kind of just like a due diligence period for us."

Arndt said the meeting, which took place on Feb. 17, didn't deal specifically with questions regarding the Paducah aquatic center, unlike another sit-down meeting he declined the next day with management group Power Wellness.

"As far as the declined, the meeting with them is based on the timing, you know, they are well beyond the end of the question and answer period," Arndt said.

In an email request for a meeting with Arndt, Power Wellness acknowledged they were "late to the game." The company ultimately decided not to submit a proposal.

Each management company we spoke to agreed it's a huge benefit that Sports Facility Management's sister company, Sports Facility Advisory, has provided the pro forma for the city of Paducah.

When Clement was asked if SFM has an advantage because SFA provided the pro forma, he said, "Not necessarily. Because again, the city was quite clear that they were going to determine who the best partner was for them based on their needs. They were going to look at a performance track record experience, and they were very clear we would have to compete on our merit."

Arndt asserts the city isn't just going through the motions with these proposals.

"Just like when you hire somebody, you want to make sure it's a level playing field so you can hire the best candidate," Arndt said. "That's the end result that you want, was the best candidate to serve the city."

The decision on who gets the management contract is postponed for now. The city commission still needs to hear from whichever company Arndt's selection committee recommends, which was supposed to happen this month. Harless has previously said that kind of business won't take place until the commission can have public attendance at its meetings again.

Emails on the proposals: 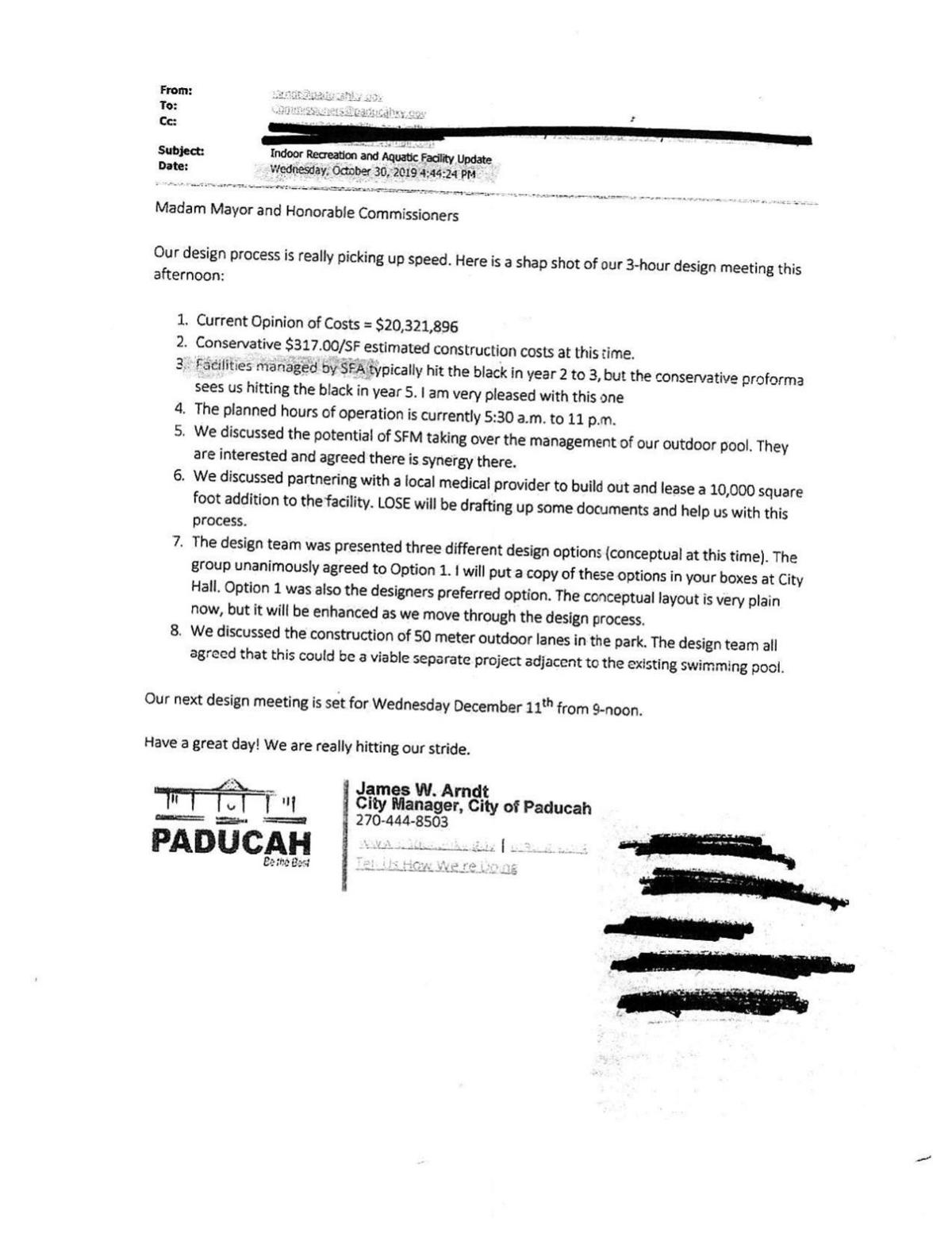 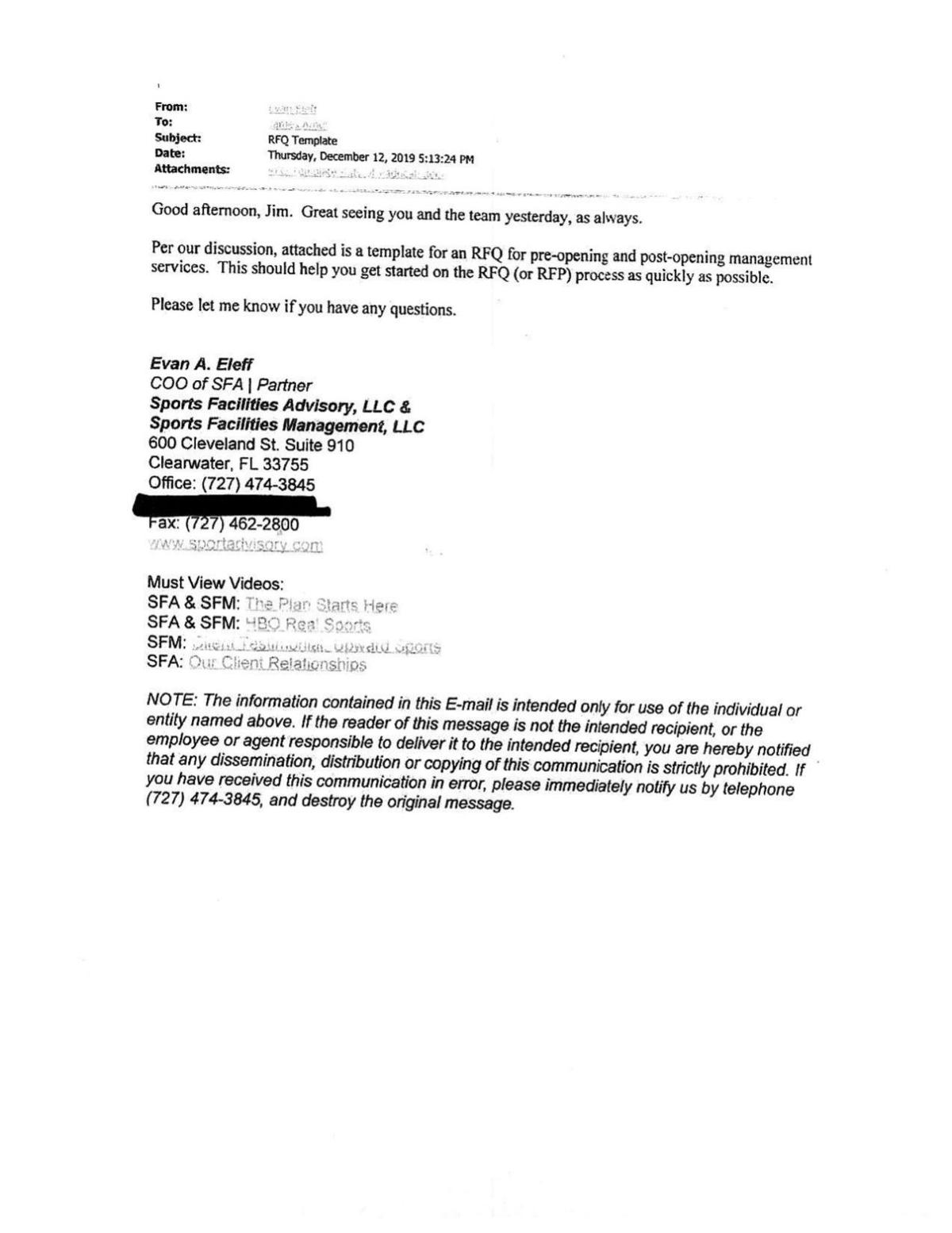 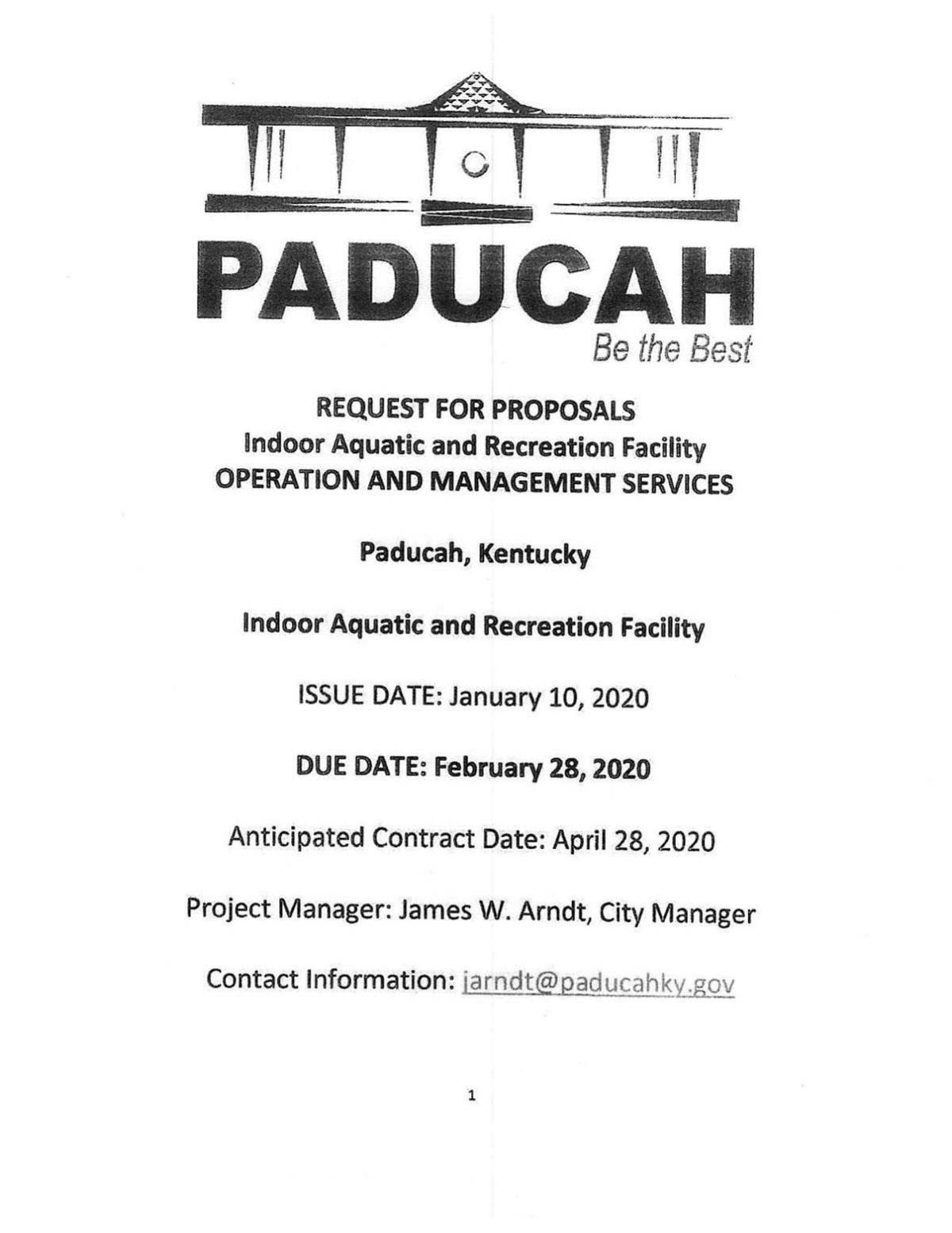