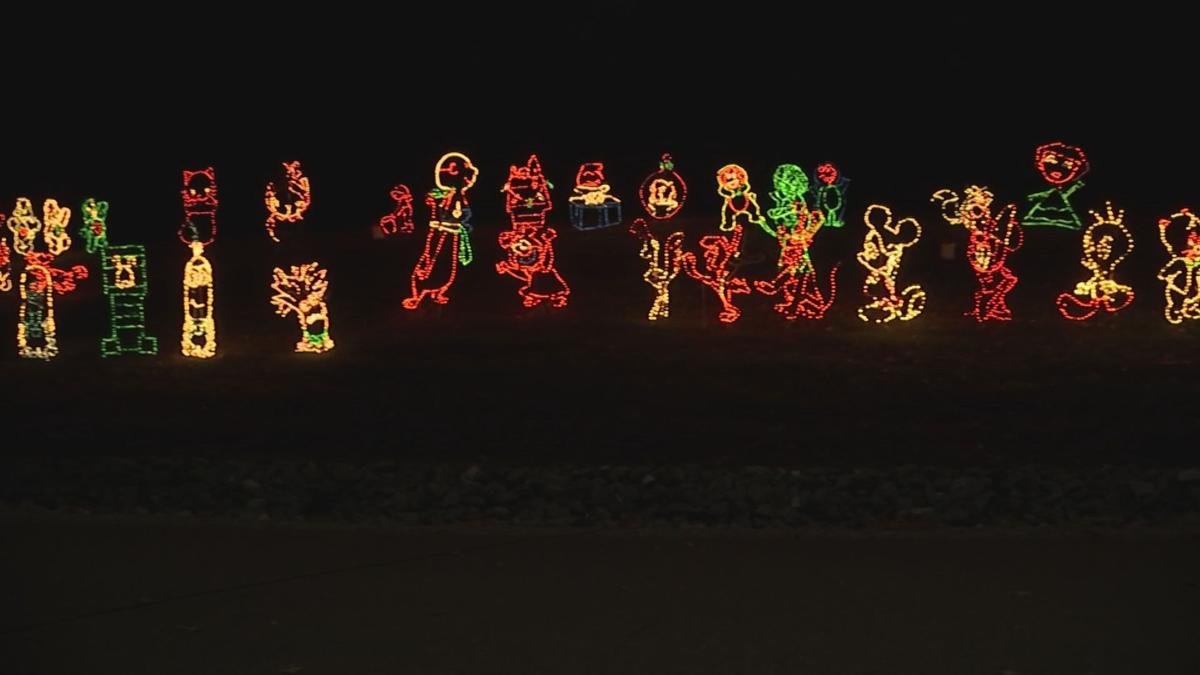 Christmas in the Park light show at Mike Miller Park 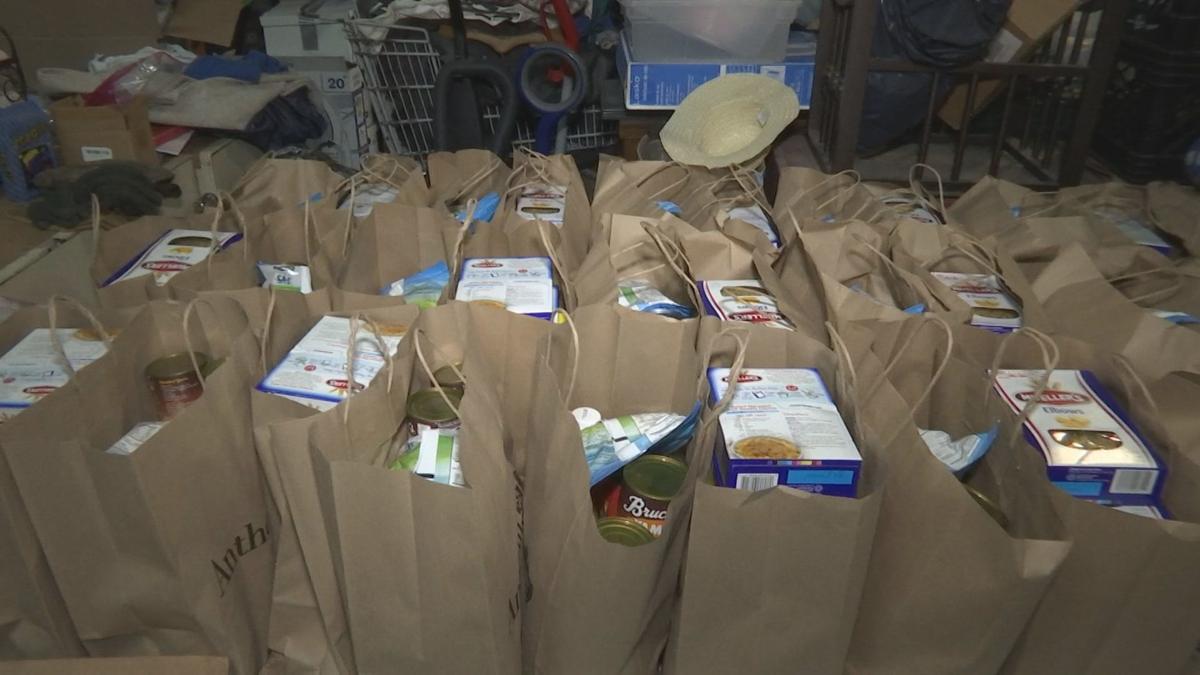 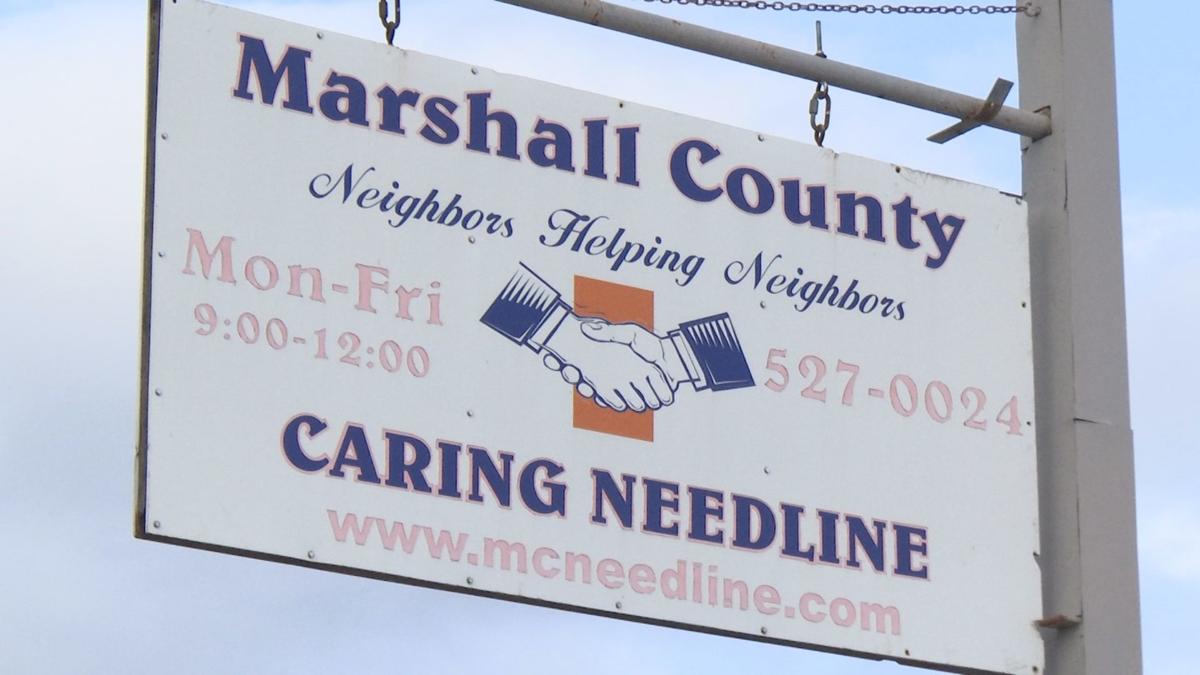 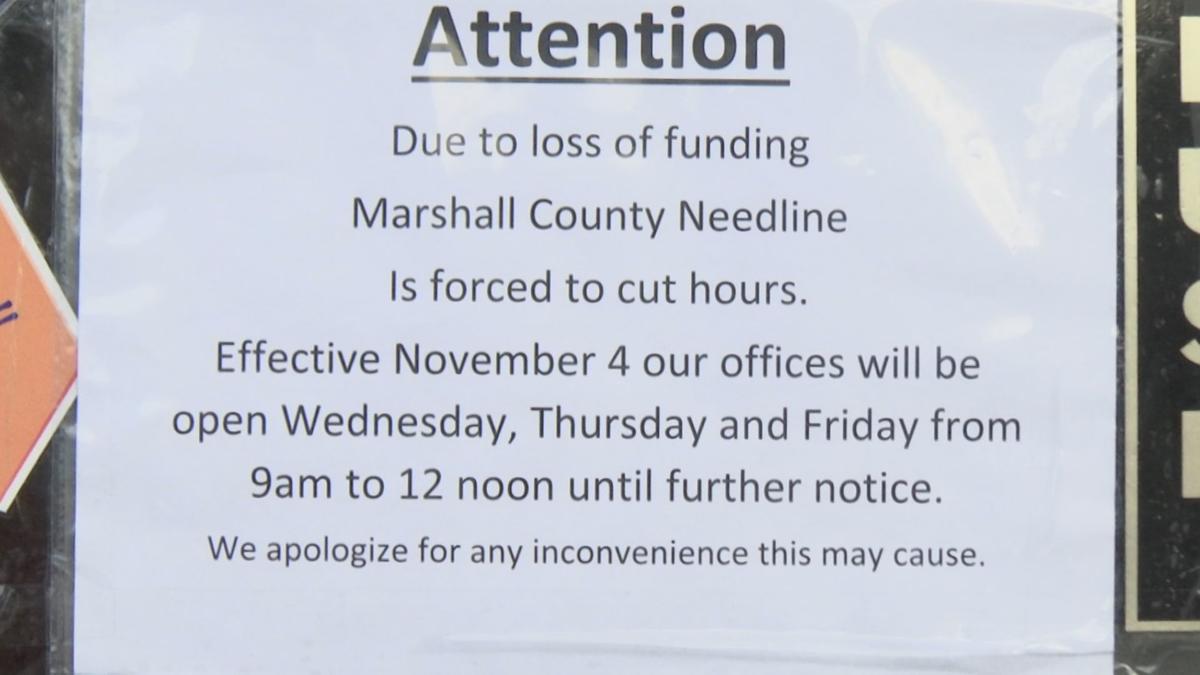 BENTON, KY — A Marshall County nonprofit that has served the community for 34 years is cutting its hours due to funding concerns.

"The consensus was three days a week is better than no days a week, and if we cut back now, maybe we could still work longer to be here for these folks, be here to make sure their needs are met," said Cornwell. "They get food. We got notices out everywhere throughout the building, everywhere the clients are."

"If Needline closes, I'm fortunate enough. I'm not going to miss a meal. But there's a lot of people who will, so those of us that are on the board and care about the Needline are going to do what we can," said Doug Moore, board chair of Needline. "And we felt the best thing to do now is to cut the workweek back."

Moore said they made the decision mainly because of the change to the Christmas in the Park light show at Mike Miller Park. Previously, Needline had been the sole beneficiary of the money raised at the event — about $50,000 to $55,000 and about 32,000 to 35,000 food items a year. But this year, the county is allowing other nonprofits to apply to fund-raise there too. That means if Needline is one of the groups selected, it would be raising less money.

"This time each year, we knew in another month we'd start bringing in cash and money and checks from the light show. And we could deposit that every night and have that money to spend the next day. We don't have that option this year, so we have to look at long term," said Moore.

Not only that, Needline will be getting $10,000 from the county this fiscal year, compared to $35,000 the previous year. The decrease is due to the fiscal court passing a budget in late June that reduced the total grant money for nonprofits.

Judge Executive Kevin Neal had originally proposed cutting the grant money from $200,000 (the amount allocated the year before) to $50,000, saying nonprofits need to learn to raise their own money instead of relying on the county government, and also citing the pension crisis as another reason.

But County Commissioner Kevin Spraggs made a motion to increase the grant money amount to $125,000, which was ultimately approved for the county budget.

Moore said Needline likely won't be getting the $10,000 until the end of the year, because an audit of the nonprofit needs to be done before they can get the grant money. Moore said the person who will be doing the audit has several government contracts that must be attended to first, so the audit of Needline probably won't take place until December.

"We just need to get our paperwork in a little earlier next year," Moore said.

Moore said regardless of the grant money from the county, Needline would have needed to make the decision to cut hours.

To get on better financial ground, Moore said: "We're trying to do as many fundraisers as we can to keep some money coming in and not all of it going out."

Here are some of Needline's upcoming fundraising events:

— Dec. 5: Lighting of the park with the Calvert Area Developmental Association. It will begin at 5 p.m. at the park across from Memorial Park in Calvert City. There will also be an ice rink and photo opportunities with Disney characters, Moore said.

Anyone wishing to help the nonprofit can send a check made out to Marshall County Needline to PO Box 36, Benton, Kentucky. Needline is also looking for businesses and organizations to sponsor its events.

In addition, Moore said Needline has recruited a high school student to help with its Facebook page, as well as a department at Murray State to help with grant research.

Needline does not yet know if it has been picked to fund-raise at the Christmas in the Park light show at Mike Miller Park. But, Marshall County Parks Director Britney Heath said the county is expected to announce the selections soon. Heath said the county will help the chosen nonprofits promote the event by providing marketing campaigns to the groups, including social media videos.

Local 6 also called the judge executive's office Tuesday to ask more questions, but did not hear back.

To learn more about Needline, visit its Facebook page.