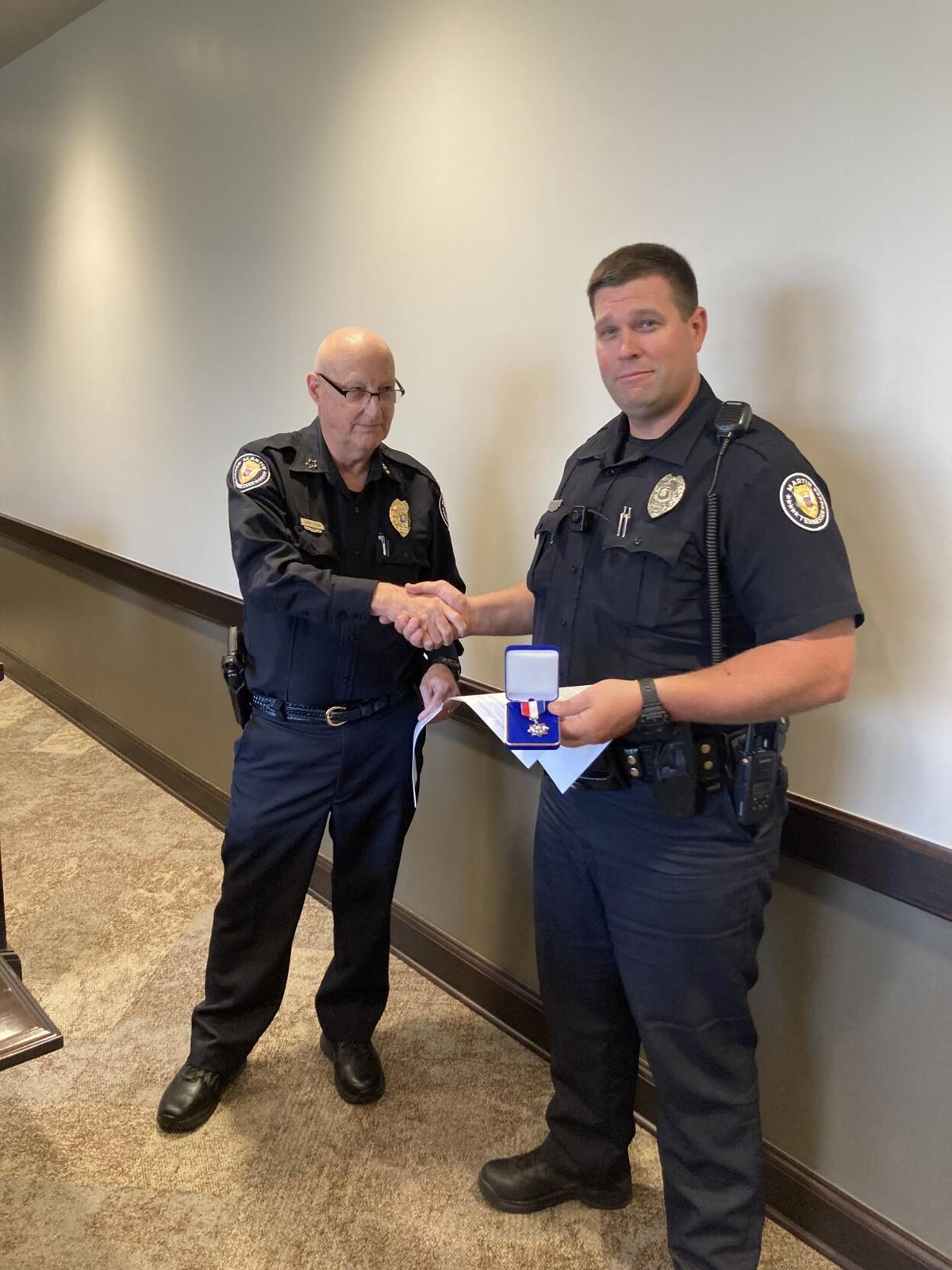 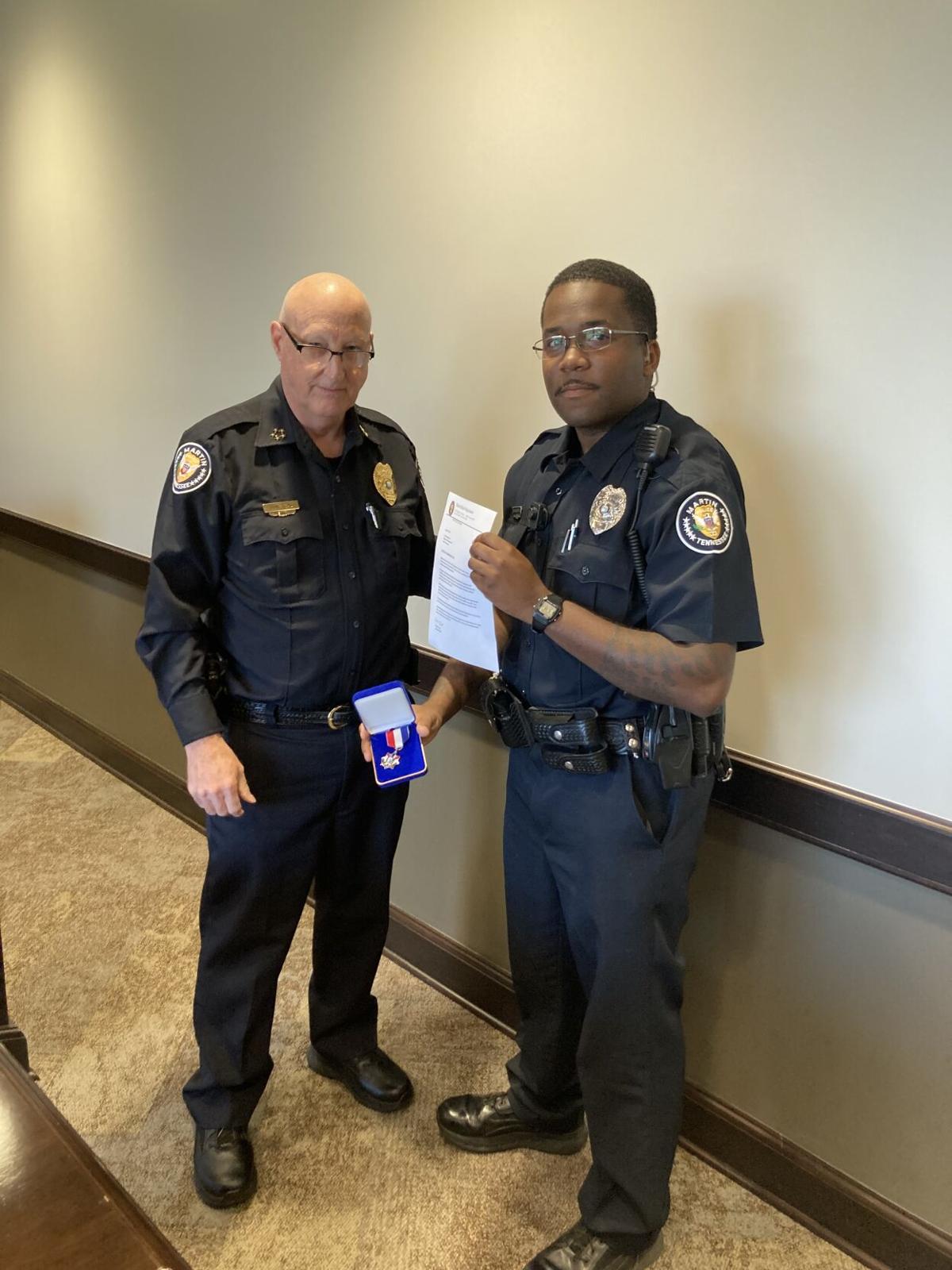 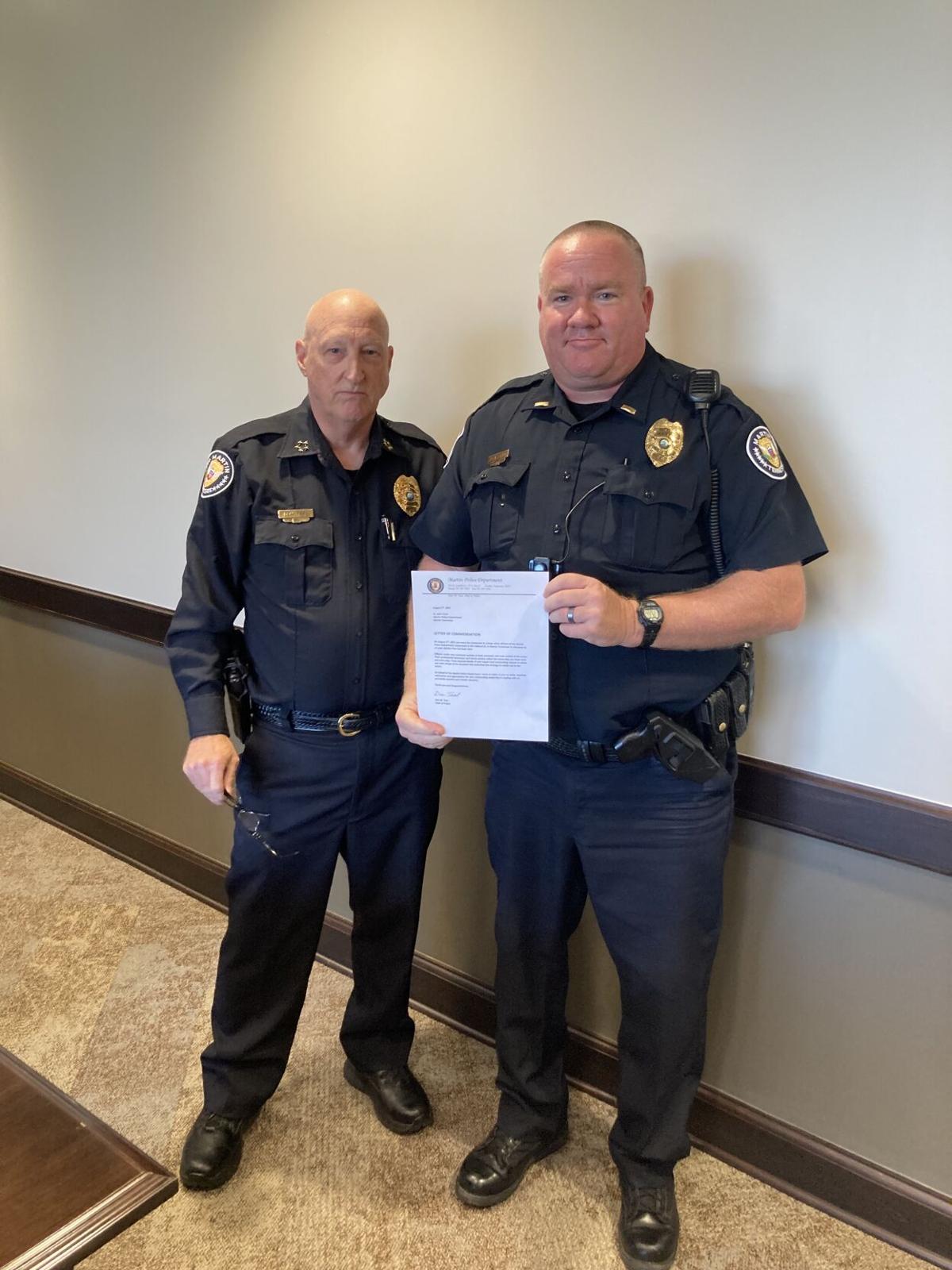 Lt. John Cross was awarded a life-saving medal and a commendation letter from Chief Don Teal. 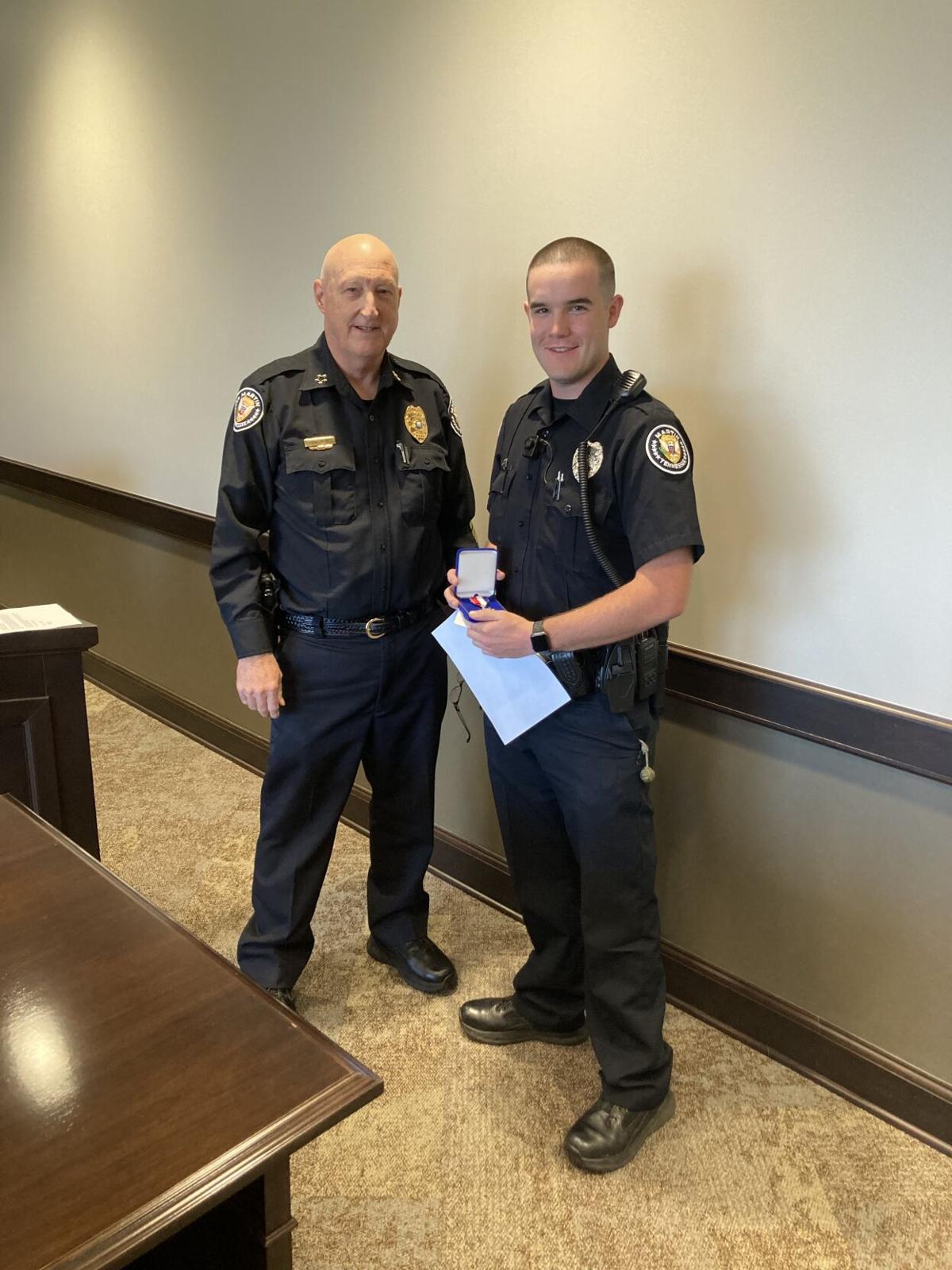 MARTIN, TN — The Martin Tennessee Police Department has awarded medals to four officers to honor the role they played in saving the life of a child gunshot victim.

The child was injured in an accidental shooting the evening of Aug. 2. In a news release, the police department says the officers took measures and carried out an emergency plan that "played a vital role in saving the child’s life."

"While each of them played different parts, their team effort calmed the situation and provided life-saving care for the victim until he could be flown out by AirEvac.  Training, education and skills all came together to increase the survival chances for this child victim," the news release states. "We are very proud of each of these officers."

In the release, the police department also thanked the Martin Fire/Rescue responders who also worked to save the child's life.

The police department says the child is making a full recovery.