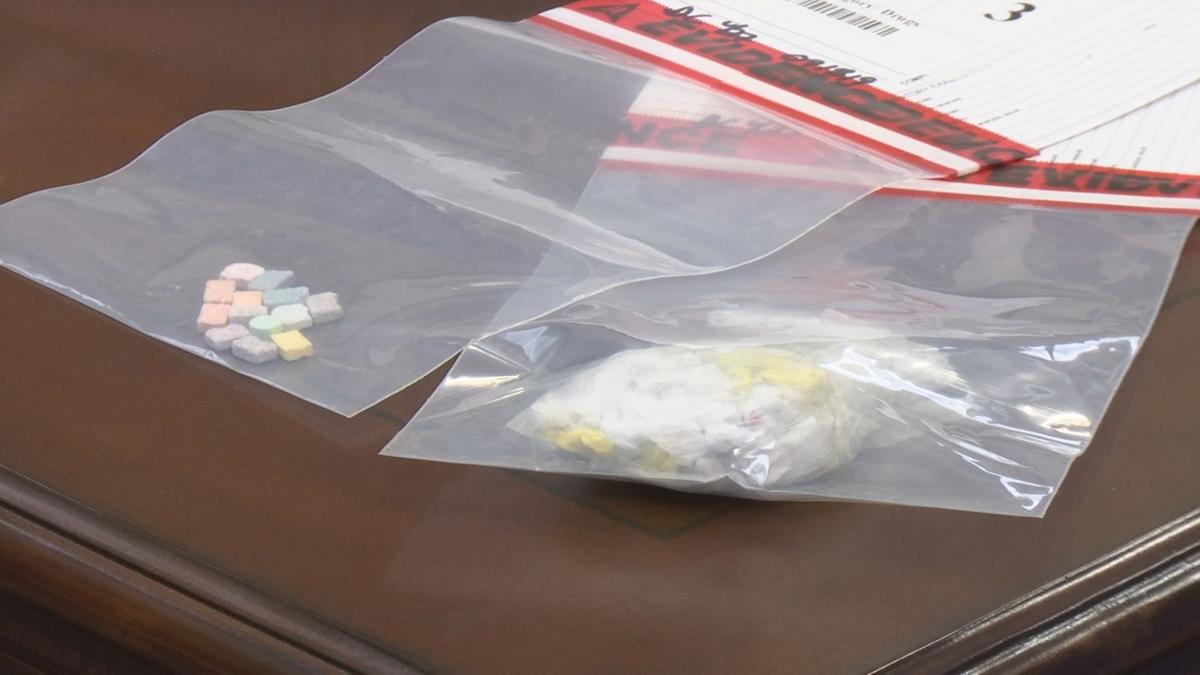 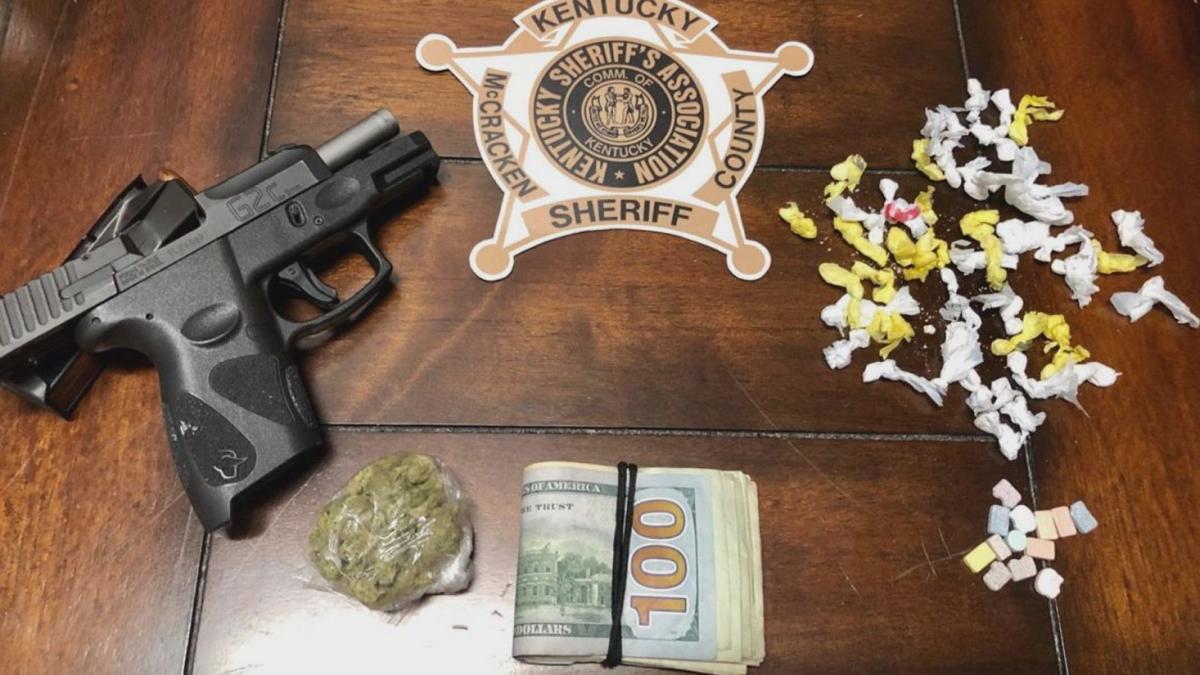 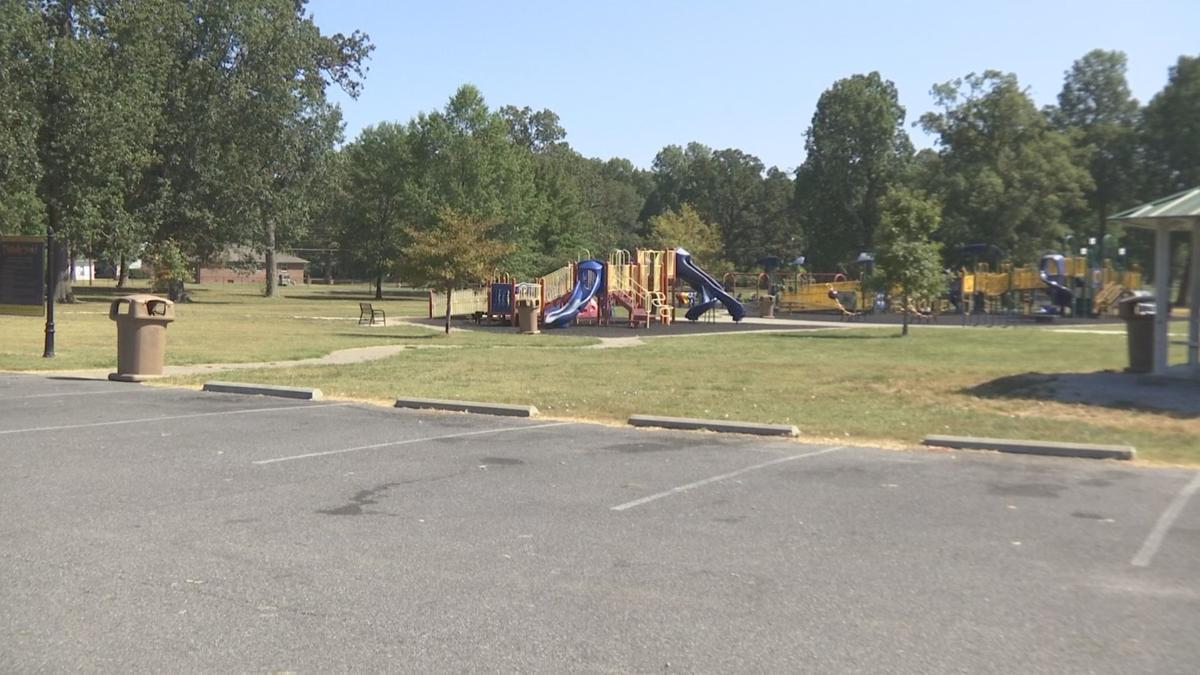 The drug bust and arrests happened at the parking lot of the larger playground at Noble Park. 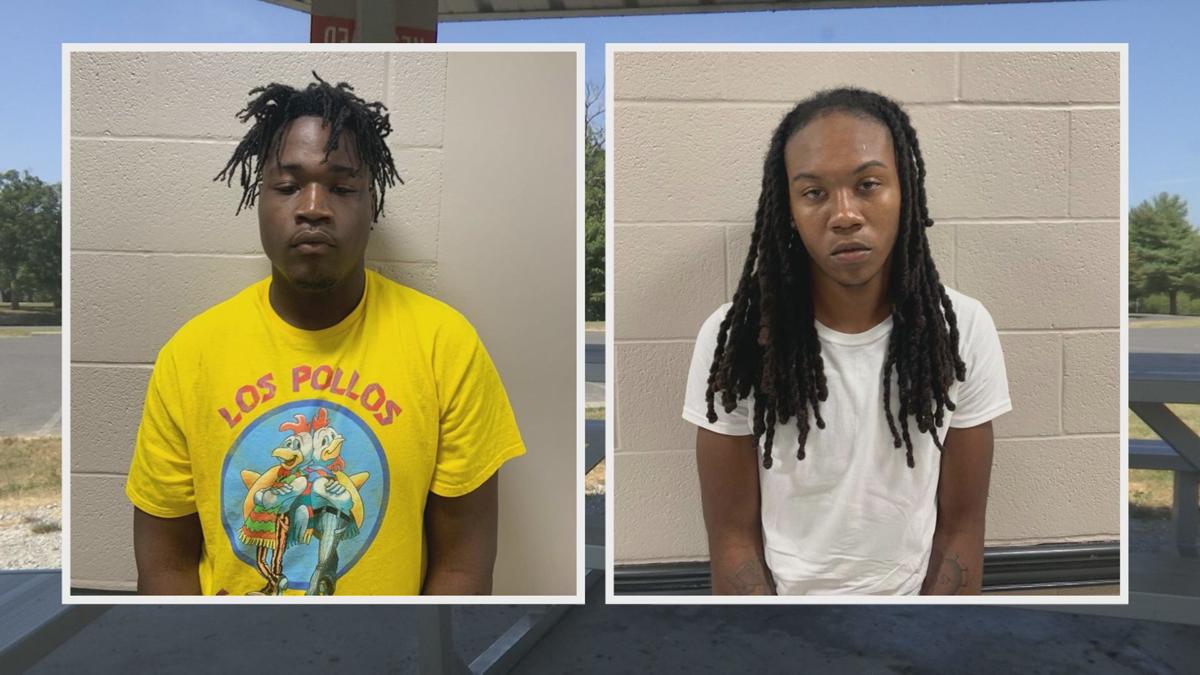 PADUCAH — The McCracken County sheriff says drug deals can happen anytime, anywhere. He stressed the importance of reporting suspicious activity after detectives arrested two men in a drug bust at a popular playground.

Carter said molly is a powdered form of ecstasy. According to the U.S. Drug Enforcement Agency, ecstasy can lead to a sharp increase in body temperature, causing liver, kidney, and cardiovascular system failure and even death.

Carter said when investigators arrived at the park, they made sure the public would not be endangered during the operation.

"Detectives went over into the area and began surveillance detail in some plain, unmarked vehicles, first and foremost to ensure that, if they in fact engage in the alleged suspect that was going to be arriving, that it was going to be a safe area in terms of not a lot of kids on the playground or a lot of citizens around on foot, " said Carter.

Carter said detectives did not find any park goers nearby. Then, at about 2:39 p.m., detectives saw Milliken and 19-year-old Jordan Harmon in a vehicle in the parking lot of the larger playground at the park. Harmon, who is also from Paducah, was the alleged driver.

According to the criminal citation documents, the suspects tried to drive away, but were stopped by detectives.

Investigators said when they searched Milliken, they found 49 bags of molly, 13 ecstasy pills, a loaded 9mm handgun that had been reported stolen last month, and marijuana. The sheriff's office said detectives also found $1,042 in cash on Harmon, which they believe are drug sale proceeds.

Carter said it's likely the stolen firearm is linked to drug activity, because people without enough money often trade firearms for drugs. That's why many thefts occur: to steal items that can be used in a trade, Carter said.

Detectives arrested both men, who were taken to the McCracken County Jail. Milliken is facing charges of trafficking a first-degree controlled substance, possession of drug paraphernalia, receiving a stolen firearm, and possession of marijuana.

Harmon is facing a charge of complicity to trafficking a first-degree controlled substance.

Although drug arrests at a playground may seem unusual, drug deals happen at more places than one may think. "We've had drug traffickers schedule or set up to make drug transactions all over," said Carter. "There's probably nowhere that you can even come up with that they've not selected."

Carter said in the past, drug transactions have occurred in retail stores. In other cases, drug trafficking suspects instructed cooperating witnesses to leave money at a particular place, like under a rock on the side of a road.

Local 6 asked Carter why the suspects would choose a public and highly-visible place, like a playground, as a meeting place for a drug deal. Carter explained using an example, saying people often think burglars target homes in the middle of the night with a flashlight and a crow bar, but most burglaries actually occur during the day while people are at work.

"These individuals that operate out in the wide open — they think that while they're doing that, that they'll just kind of blend in with day-to-day activities that are occurring all over the place," said Carter. "These types of transactions go on literally 365 days a year, 24/7, and no place or area is completely immune from this type of activity occurring, unfortunately."

With that in mind, Carter said when people see suspicious activity, they are encouraged to report it to law enforcement. Even if investigators later find out no crime took place, the person who reported the activity can at least have a peace of mind.

Local 6 also talked with Whitney, the mother of a 1-year-old son, while they were playing at the playground the day after the arrests happened. She said she's surprised to hear about what happened.

"I think it's crazy that they picked a child's park to do it, but it's not going to keep me from playing with my son in the park," she said, adding that she's always watching everything when she takes her child to public places