MCCRACKEN COUNTY, KY — The McCracken County Sheriff's Office violated the Kentucky Open Records Act regarding requests related to a search warrant carried out at a home in February, according to Attorney General Daniel Cameron's Office.

Phillip Hamm was arrested in February after his home was searched, and detectives said they found crystal methamphetamine, marijuana and drug paraphernalia.

In February, Hamm submitted a request for copies of records related to the search warrant and any documents that mentioned him being "involved in any type of drug activity." According to an open records decision dated May 23, the sheriff's office told Hamm the documentation would have to be obtained through a motion of discovery in court. That response was followed by an appeal. According to the open records decision, state law required the sheriff's office to cite an applicable exception to the open records act when denying the request and to provide a brief explanation of how the exception applies to the records in question.

"Here, the Sheriff’s Office neither cited an exception to the Act nor explained how the exception applied to the requested records," the decision reads. "The fact that the Appellant is involved in criminal litigation, with the opportunity to conduct discovery, does not alleviate the Sheriff’s Office’s duty to comply with the Act. See, e.g., 03-ORD-226 (noting that 'although the Attorney General has recognized the potential pitfalls of using the Open Records Act as a discovery tool, he has not recognized the right of a public agency to deny access to public records on these grounds')."

On June 22, Hamm submitted a request for body cam footage related to the search. An open records decision dated July 29 says the sheriff's office violated the act when it failed to respond to that request.

The decision says the sheriff's office had five days to respond to the request, but that the sheriff’s office did not respond before that deadline and was therefore in violation of the act. 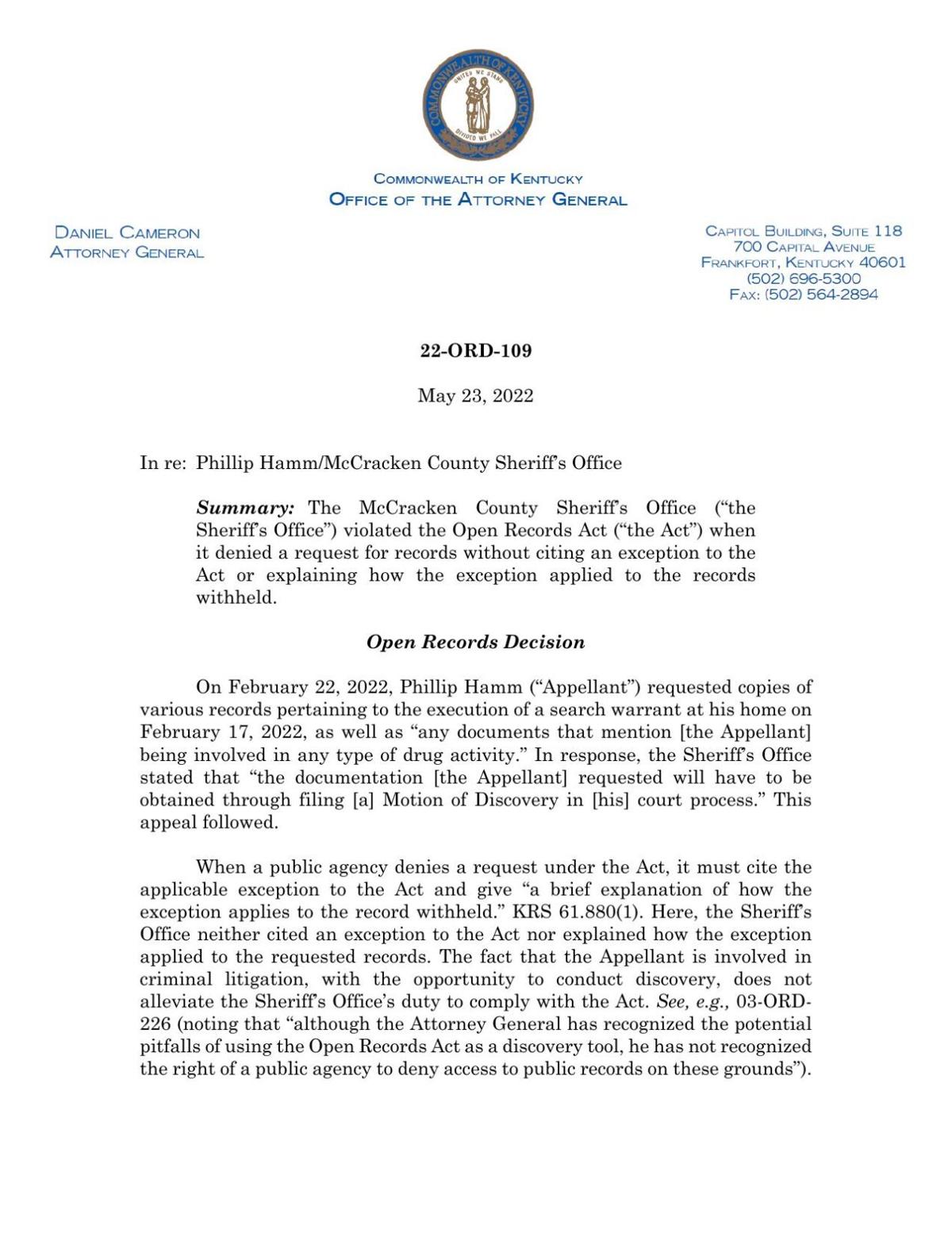 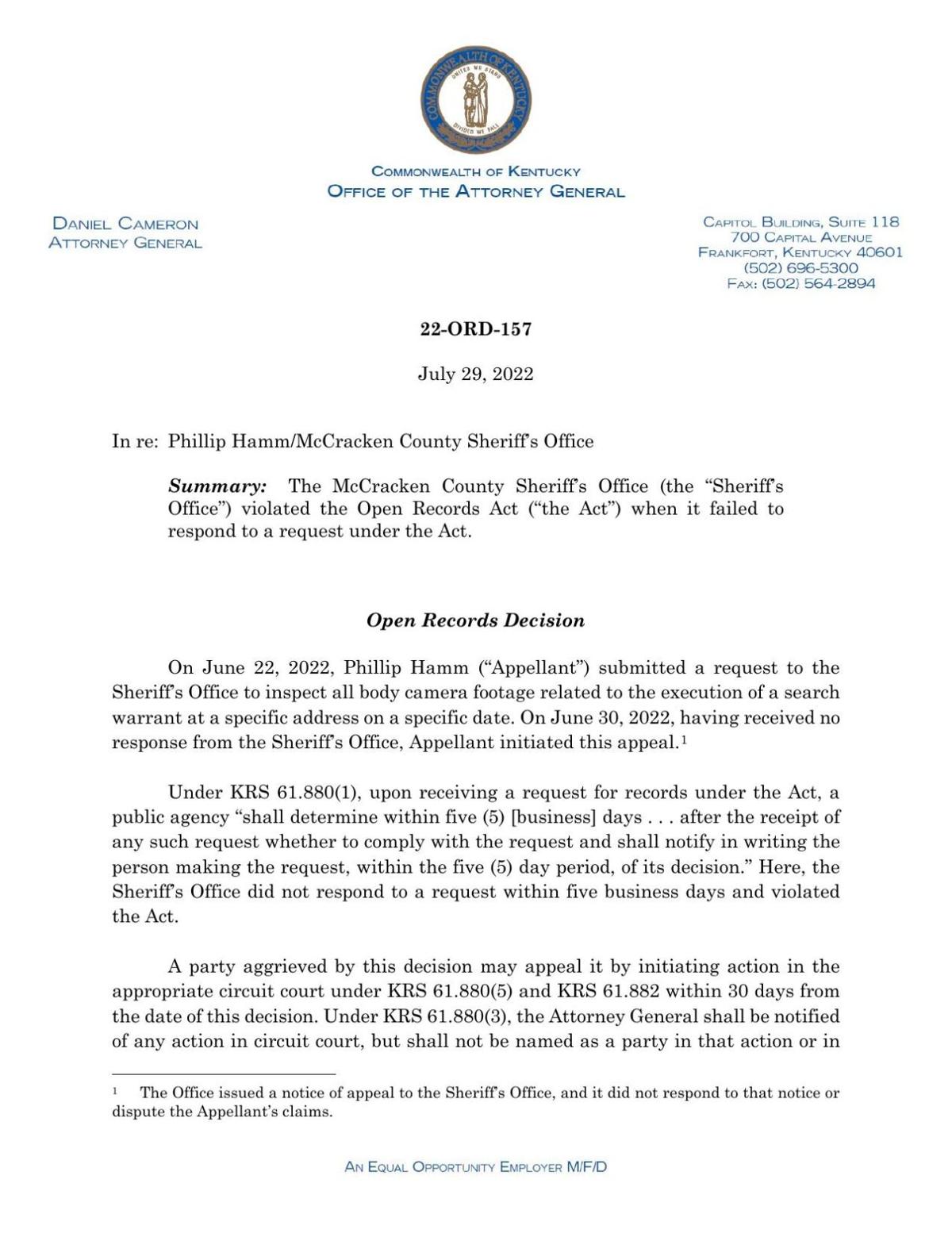