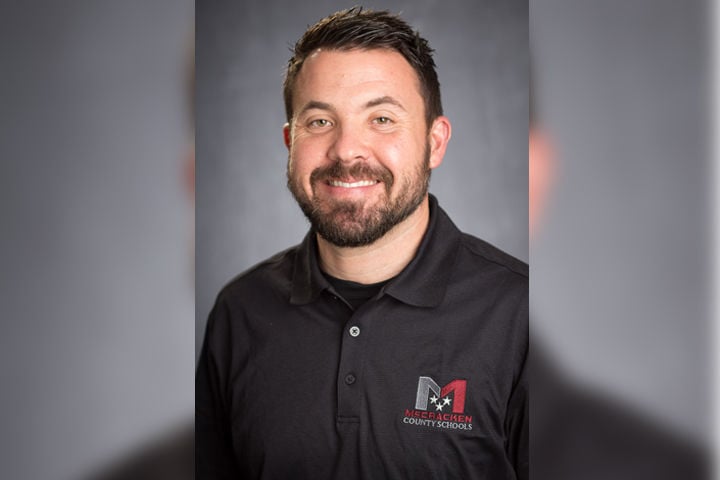 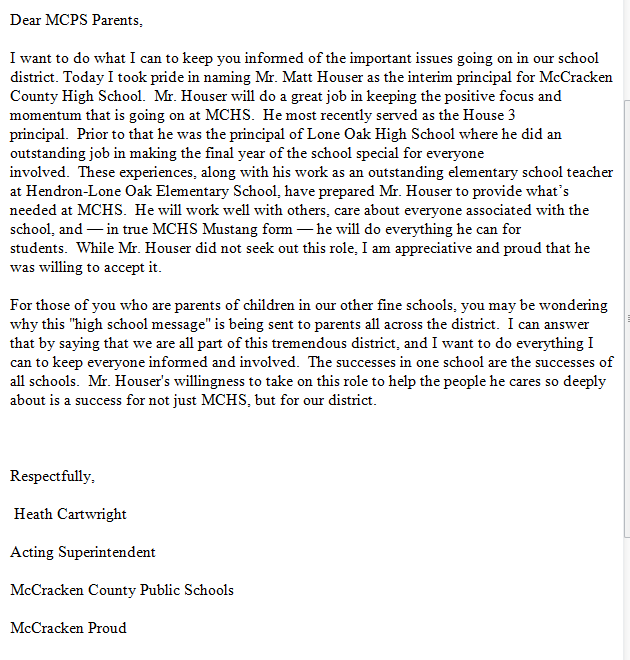 Stewart was serving as interim principal since Feb. 20, but last week she announced her decision to return to her job as the school system’s director of district wide programs.

In a news release about Houser’s appointment, McCracken County Schools interim superintendent Heath Cartwright says “I have the utmost confidence in Mr. Houser and his ability to bring a sense of healing to McCracken County High School. I know that he has great pride in MCHS and a true respect for the staff and students. He will do a great job of understanding and appreciating the roots that have grown since the inception of MCHS, and will do nothing but strengthen the growth of what is undoubtedly the best place for any high school staff or student to be.” Cartwright

also sent out a letter to parents in the district.

Cartwright was named interim superintendent on Monday, after the McCracken County Board of Education accepted the resignation of Brian Harper last week.