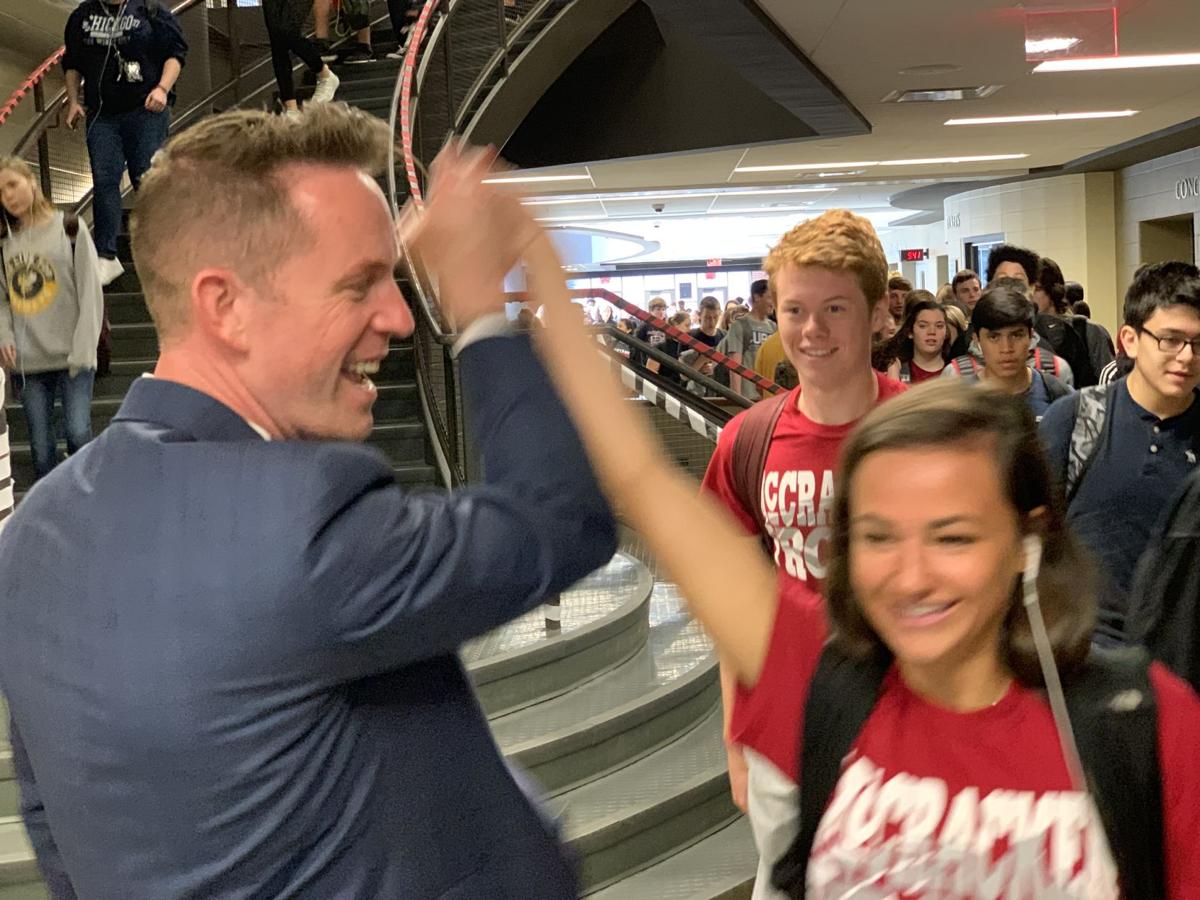 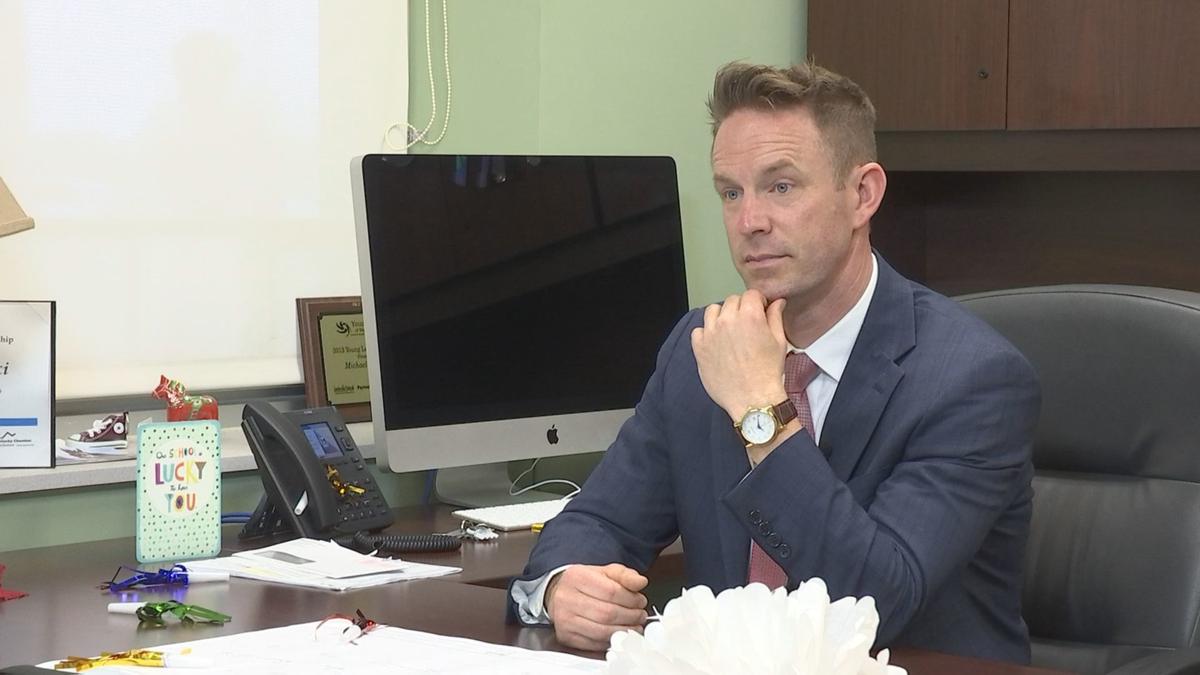 MCCRACKEN COUNTY, KY-  Principal Michael Ceglinski is back at McCracken County High School. This comes after he was suspended following charges of official misconduct and failure to report child abuse.  The final charge was dropped on Friday. Ceglinski, students, and parents alike all say they are glad he’s back.

“The more smiles I get and the hugs, it becomes a bit overwhelming,” Ceglinski said.

It’s those smiles and hugs he says he missed while he was gone.

“People say to me ‘You’re sort of the heart and soul of our school. We can’t wait for you to get back.’ but I tell you another thing I learned is this place operates just fine without me and that’s tough to swallow,” Ceglinski said.

After a six week suspension, McCracken County High School’s principal says this was a day he’s been thinking of since he left.

“I’m looking forward to getting back to being a part of something that’s bigger than me and my story and that’s the work that we do here. So that’s the exciting piece for me is just the return and to get back to work,” Ceglinski said.

Ceglinski says the most challenging part of the last six weeks was being away from what his family calls his first home. Beyond that—the challenges with his own family.

“I have a son that’s twelve that; his first question is ‘Are you going to jail?’ and so, trying to help my kids process this, trying to think that I haven’t let my parents down because of something that I’ve done, that’s the hardest part,” Ceglinski said.

He also says he took his time on paid leave to reflect.

“Time is a very precious resource. And sort of–six weeks away from this place has caused me to see just how much time I’ve given to this whereas other aspects of my life I’ve probably robbed,”

In spite of everything, Ceglinski says he doesn’t want people to forget about the victims of the investigations.

“I’m one hundred percent sorry that a sixteen year old is having to go through this and is having to deal with something on such an adult level. But to go out in public and see things written on cars about me and people are associating him with my struggles…I want people to support him too, I really do.”

While the results of those investigations aren’t final, Ceglinski says he’s just glad to be back.

“I hope that through my time here and through my time in previous schools and other places that I’ve been that families will continue to put their trust in me to make sure that their kids are safe and taken care of and getting a dang good education while they’re here,” Ceglinski said.

Now on the back end of what he says was a lengthy process, Ceglinski says he’s looking forward to finishing the school year strong and shaking the hands of his graduating seniors.

“It’s a really bittersweet time because I know they’re moving on to bigger things whatever that looks like but I hate losing them. I hate losing my kids. So you add this incident on top of this, I think it’s going to be a sweeter night,” Ceglinski said.

One night Ceglinski says he won’t miss now that he’s back.