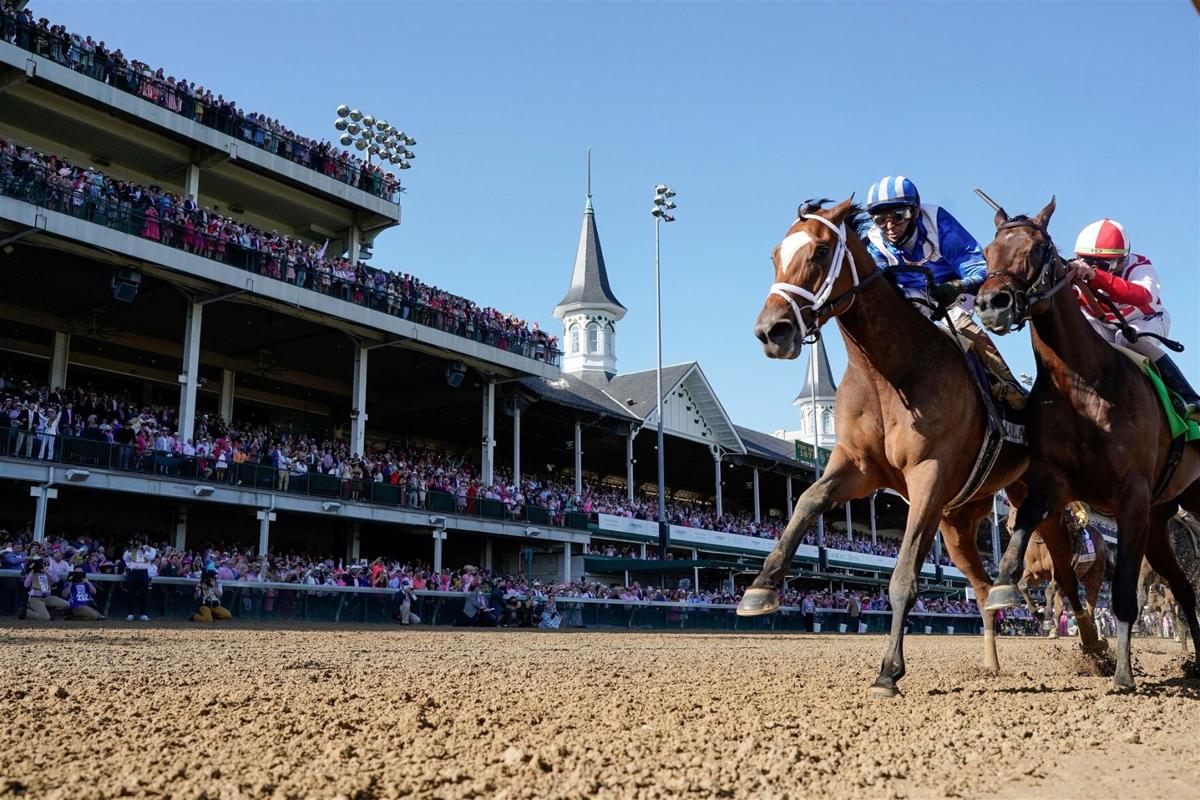 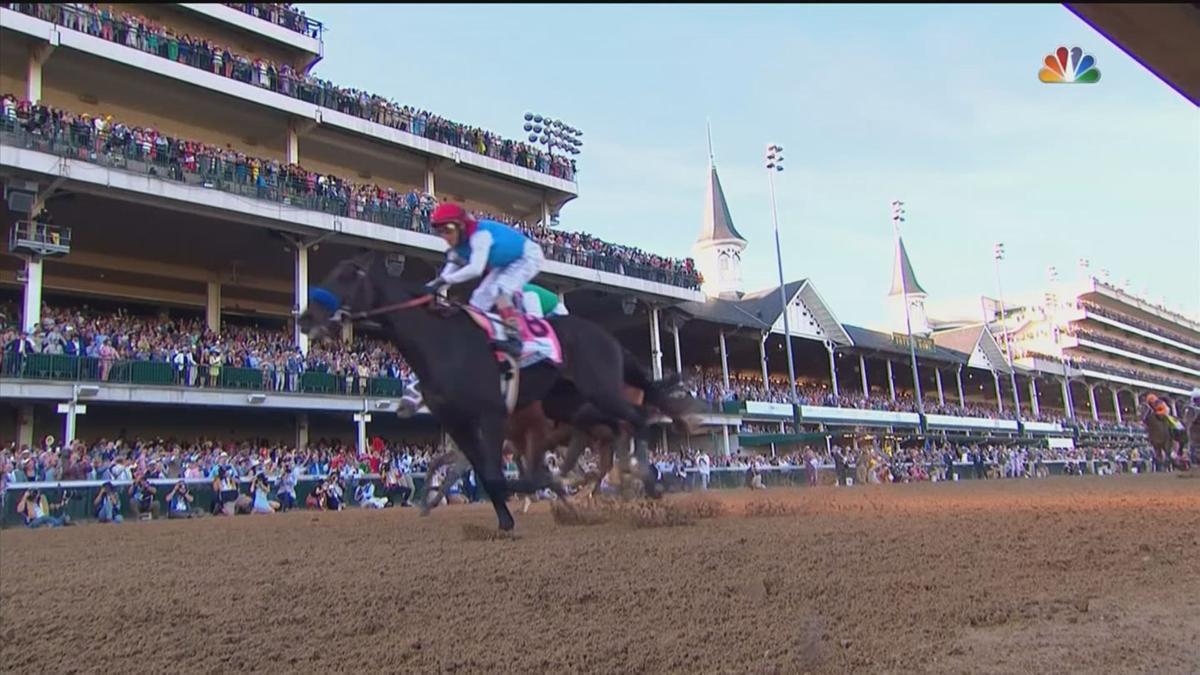 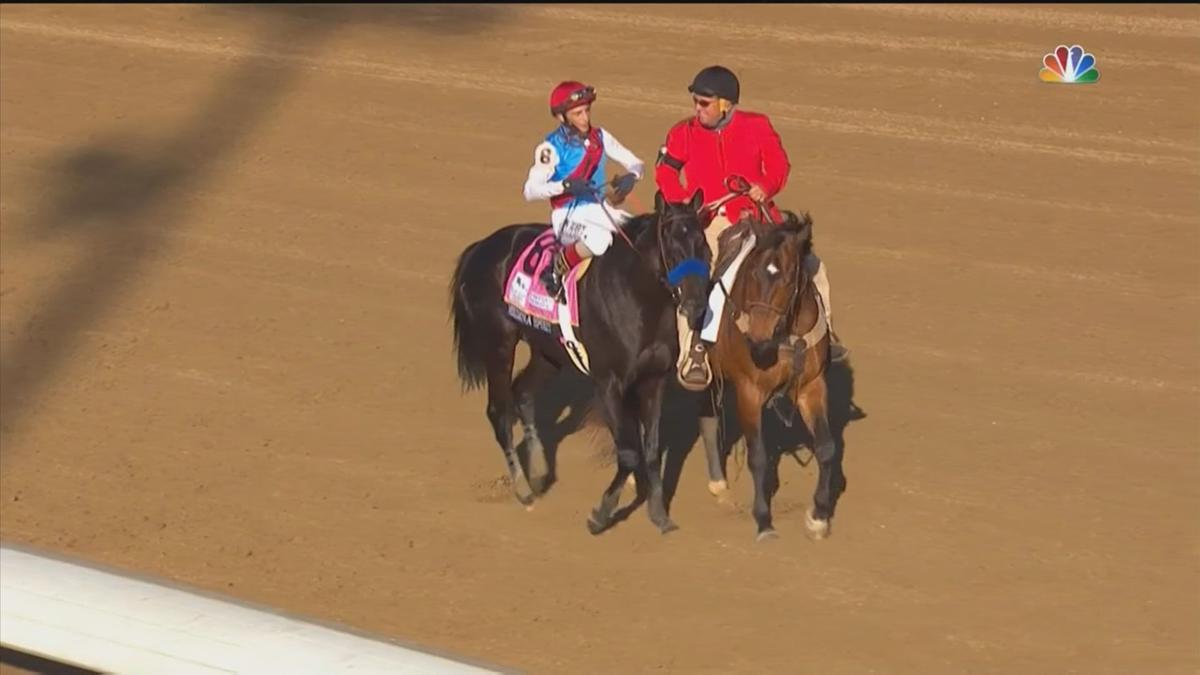 The jockey was John R. Valazquez.

Churchill Downs in Louisville, Kentucky, was packed with guests in fancy outfits and oversized hats under sunny skies, amid 75-degree weather, for the 147th running of the Derby.

The iconic horse race — often called the most exciting two minutes in sports — returned to its usual first Saturday in May after the Covid-19 pandemic delayed last year's event to September and caused the race to run without fans.

Dr. Sarah Moyer with the Louisville Department of Health said organizers were taking proper precautions to ensure that people could safely enjoy this year's event.

"We're in a much different place than we were a year ago. And we know how Covid is spread and so just encouraging the masks and the spacing and most importantly vaccination for those that aren't vaccinated," she said in an interview.

Moyer encouraged attendees to get tested for the coronavirus once they return home so any potential spread can be quickly stopped.

The Derby, known as the Run for the Roses, is the longest-running sporting event in the United States, according to its website. It dates back to 1875.

Fans celebrate the finish of a race at Churchill Downs on the day before the running of 147th Kentucky Derby on April 30, 2021.Bryan Woolston / Reuters

This year's race had 19 horses after trainer Kenny McPeek announced on Twitter that his horse, King Fury, was scratched from the game due to a high fever and elevated white count.

"It's unfortunate but we'll rebound and keep at it," McPeek said in a video message. "King Fury will be fine."

The favorite horse was Essential Quality. The gray colt was named Champion 2-Year-Old Male and most recently took the G2 Blue Grass at Keeneland, according to NBC Sports.

There has been a bit of controversy, however, surrounding the horse after a complaint was leveled against its owner, United Arab Emirates Prime Minister Sheikh Mohammed bin Rashid Al-Maktoum.

Lawyer Lisa Bloom said in a tweet Saturday that the ruler is allegedly holding his adult daughters hostage and that the Kentucky Derby rejected her complaint.

The Kentucky Horse Racing Commission (KHRC) said in a statement that it received the complaint on Wednesday.

"In consultation with counsel, and according to Kentucky regulations, the KHRC has determined the complaint does not articulate a violation of KHRC regulations," the statement read.

Godolphin LLC, a thoroughbred breeding operation founded by the prime minister, did not immediately return an emailed request for comment Saturday.