More than 240 smaller cities and towns in Illinois have not yet claimed federal funding allocated to them through the American Rescue Plan Act.

Gov. J.B. Pritzker's office says that means more than $19 million in pandemic relief has been left on the table for the current fiscal year. But it's not too late to claim those dollars, but the deadline is fast approaching.

Cities and towns that haven't applied for the funding yet have until Sept. 30 to do so. After that, the remaining funds will be reallocated.

Some of the communities in our area on the state's list of cities and villages that haven't applied yet as of Wednesday include the villages of Mounds and Pulaski.

Download the document below to see if your city or town still hasn't claimed the funds for which it is eligible. 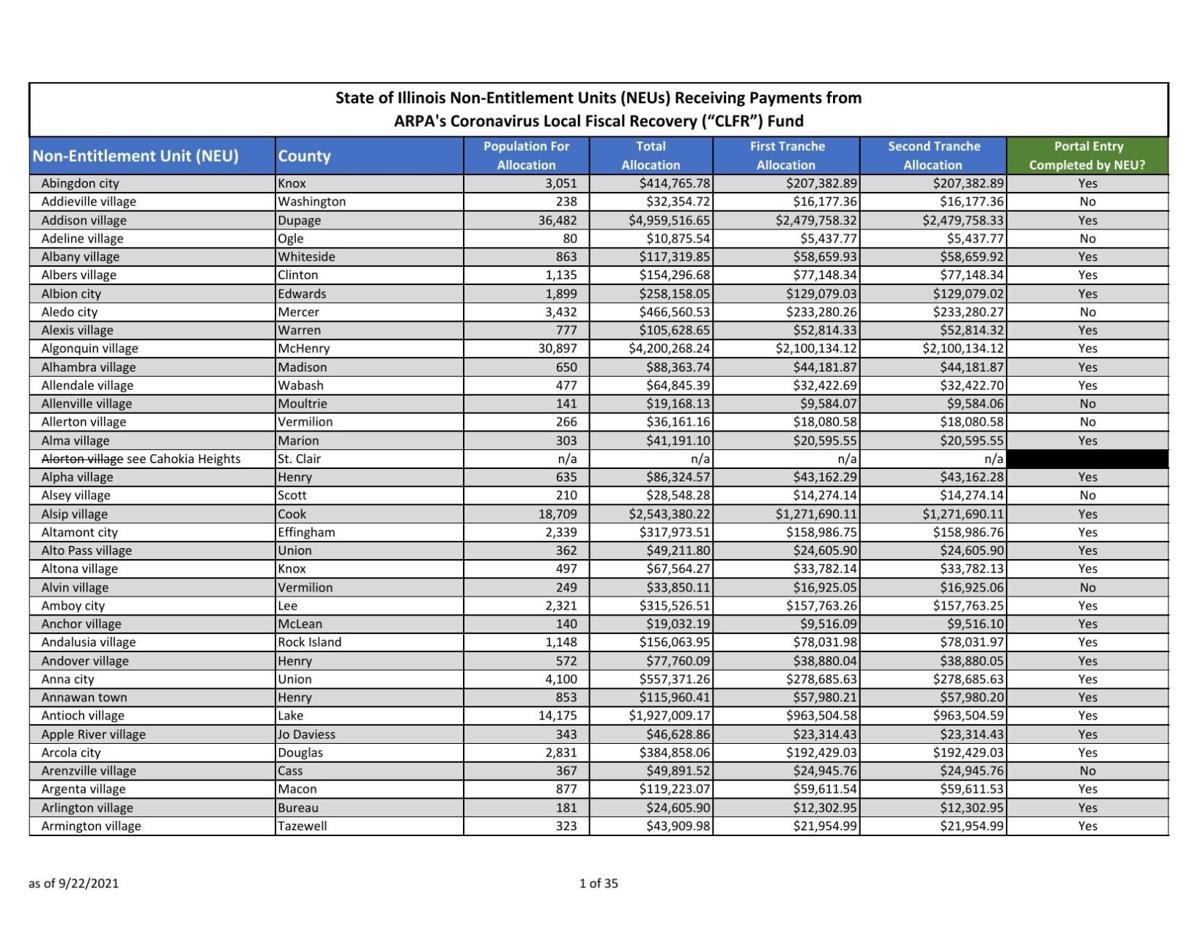