MARION, IL — A local school district in southern Illinois is getting $2 million for a project to expand travel options and improve quality of life in the community.

The grant funding comes from the Illinois Transportation Enhancement Program, which awarded nearly $106 million to 99 projects throughout the state.

And that's not the only local project getting a major boost.

Six other projects in the Local 6 area also received grant funding through the program, including five that were awarded more than $1 million dollars.

The other local projects receiving funding include:

"From safer pedestrian paths to new bike lanes and trail systems to beautification projects, the Illinois Transportation Enhancement Program will deliver real value to nearly 100 communities across the state, with a special focus on equity," Illinois Gov. J.B. Pritzker said in a statement Wednesday. 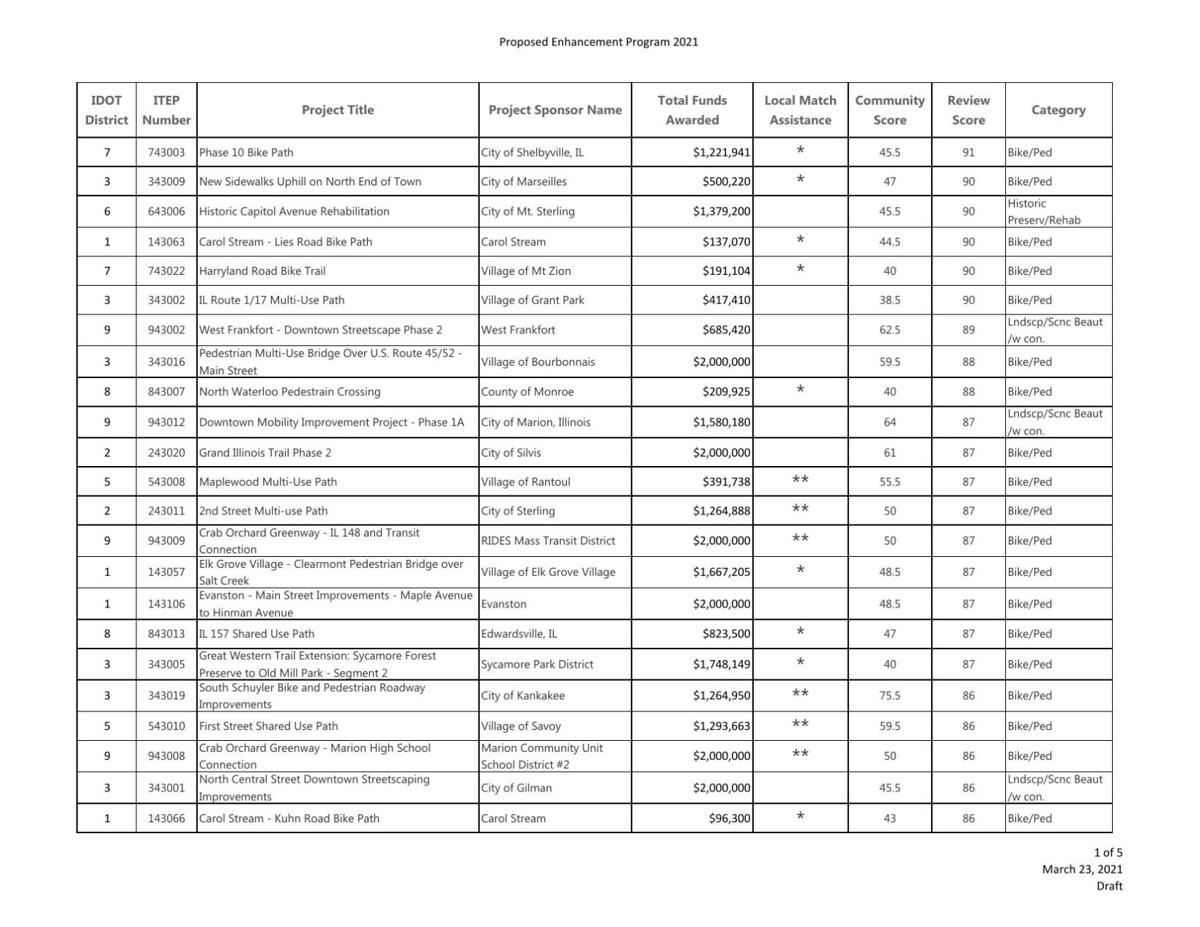