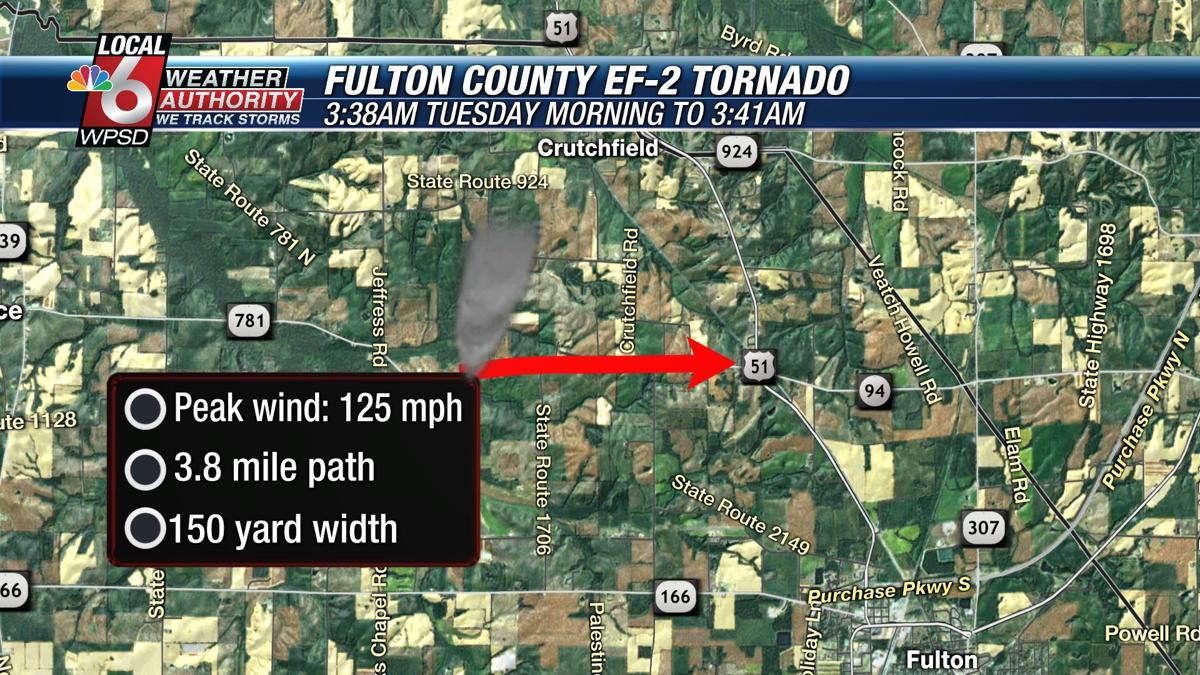 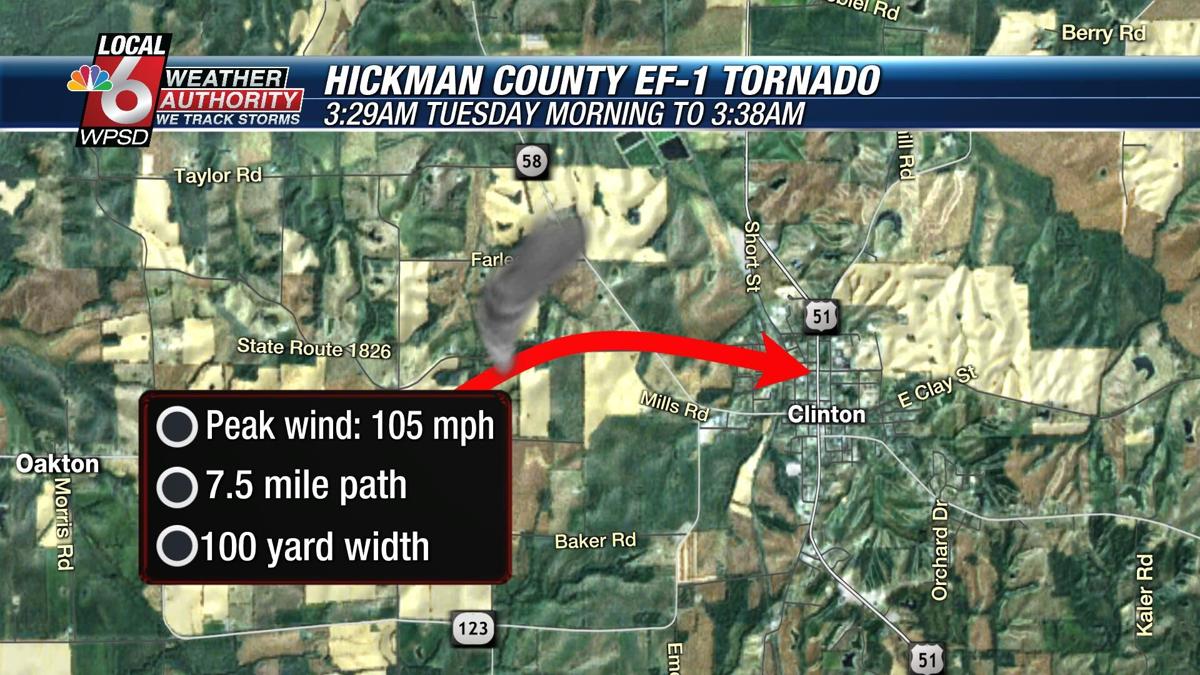 In Graves County, NWS Paducah says an EF-1 tornado with peak winds of 95 mph occurred in southern Graves County from 3:55 a.m. to 4 a.m. Tuesday. The path of the damage from the tornado stretches from Cuba to Lynnville. The tornado's path was five-miles long, and its maximum width was 125 yards. NWS Paducah says several farm buildings, including a large shop, lost parts or all of their roofs, and some smaller structures were destroyed. At least a couple of homes had mainly minor damage to roofs or siding, surveyors found, and dozens of large trees were snapped or uprooted.

In an update Wednesday, NWS Paducah says another EF-1 tornado touched down east of Mayfield in Graves County at 3:59 a.m. Tuesday. The tornado's path was half a mile, and its maximum width was 100 yards. The brief tornado had estimated peak winds of 95 miles per hour. It touched down in farmland and a wooded area. NWS Paducah says it caused minor to moderate roof damage to a house, and several large trees were snapped or uprooted.

The NWS Paducah says an EF-1 tornado struck from 7 miles northwest of Clinton, Kentucky, right north of the center of town from 3:29 a.m. to 3:38 a.m. Peak winds are estimated at 105 mph. The tornado's path was 7.5-miles long, and its maximum width was 100 yards.

Multiple trees were snapped, and whole trees fell onto several homes, causing damage. No injuries or deaths were reported.

In Fulton County, an EF-2 tornado with estimated peak winds of 125 mph struck from 3:38 a.m. to 3:41 a.m., NWS Paducah says. A home was destroyed, with its roof removed and some exterior walls knocked down. Multiple outbuildings collapsed, and multiple large trees snapped or uprooted.

The tornado began 5.2 miles west northwest of Fulton and ended near the intersection of US 51 and Highway 91. Its path was 3.8-miles long, with a maximum width of 150 yards.

In Missouri, NWS Memphis confirms a tornado struck in Pemiscot County from 2:55 a.m. to 2:58 a.m. Tuesday. The EF-0 tornado had estimated peak winds of 85 mph, and its path was 2.8-miles long. Its maximum width was 90 yards.

Note: This story was originally published at 6:07 p.m. on May 4, 2021. It has been updated with new information from the National Weather Service on May 5.