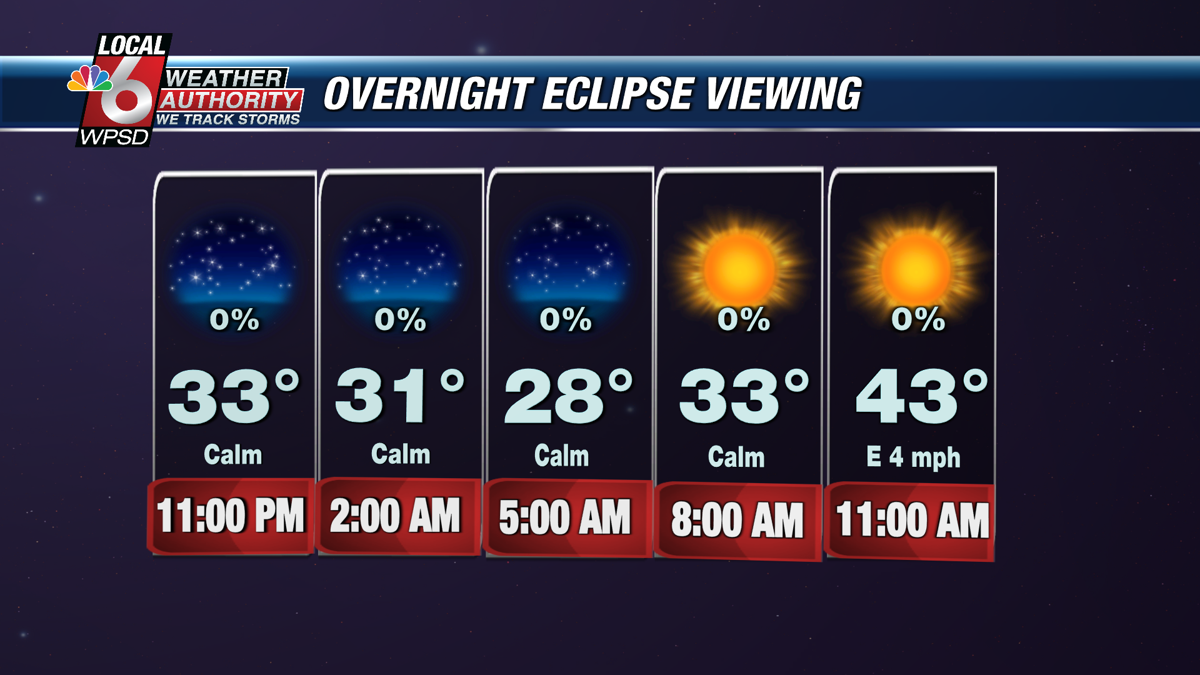 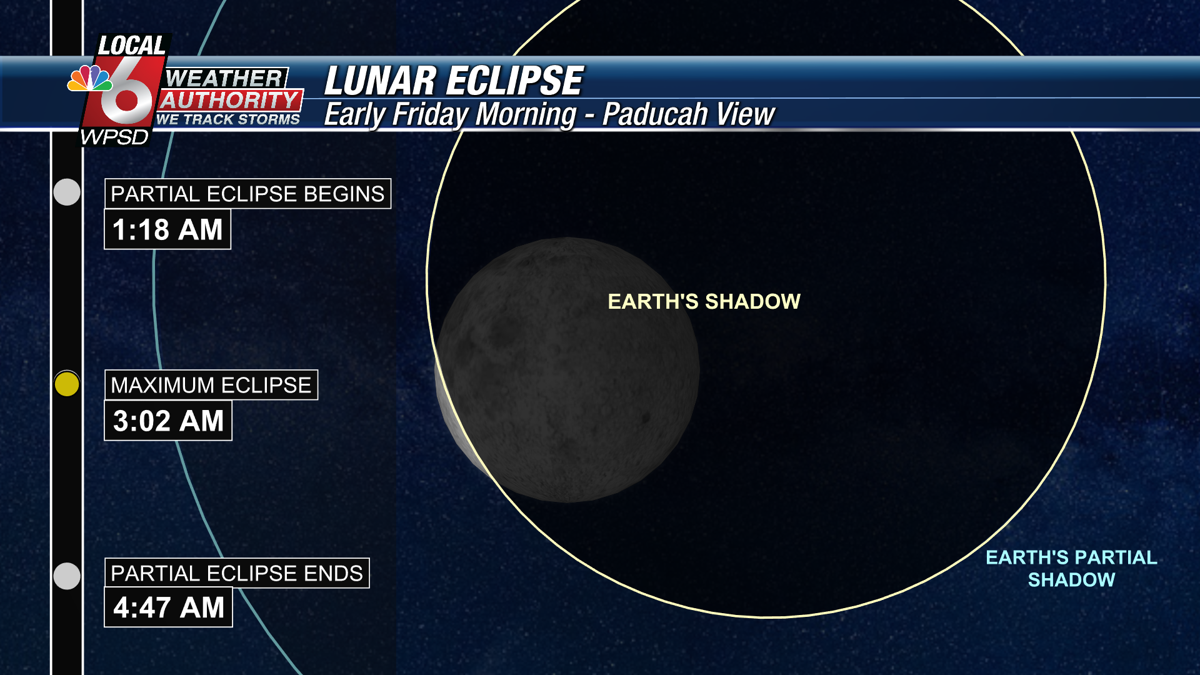 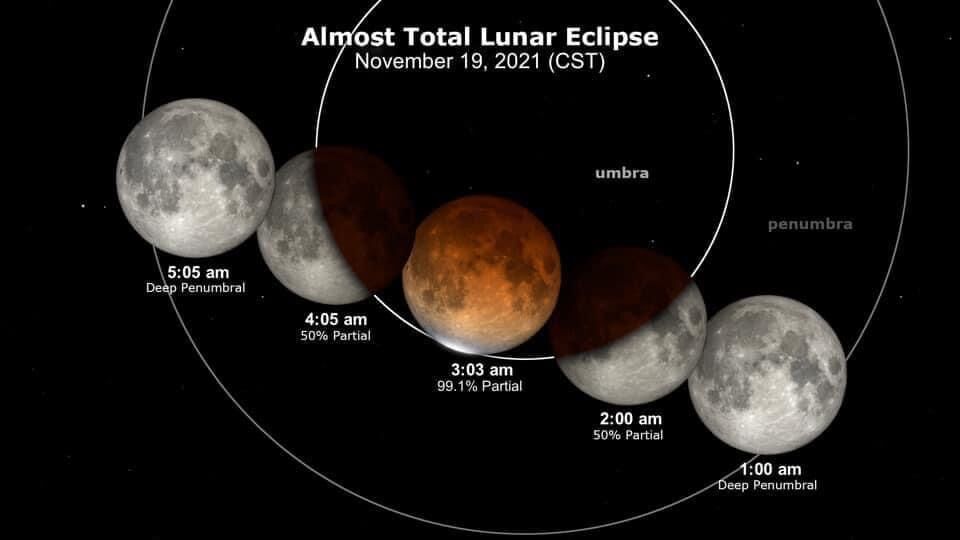 Tonight across America you can witness the longest partial lunar eclipse since the 1440s. And the best part, the viewing conditions locally will be excellent. Totally clear, but very cold through the overnight hours.

The previous longest eclipse was:

The next upcoming eclipse that will be *longer* than tonight's:

Temperatures locally will fall into the upper 20s in the middle of the night, so dress warmly if going outside to catch the eclipse!

Above is a chart that shows the progression of the eclipse through Earth's penumbra and umbra. Remember it will have a copper/reddish tint and color at the peak -- that is because the sunlight that will be hitting the moon at that point will be passing through Earth's atmosphere. Same scientific principle as to why the sky is blue during the day... "Raleigh Scattering."

The higher atmosphere will only allow red shades of light visible, making the moon have this red-copper hue later tonight just after 3:00:00am.

Lunar eclipses occur when the moon passes into the Earth's shadow and are entirely safe to view with your bare eyes. This is not a solar eclipse, so there is no need for special glasses or sunglasses to be worn!

The partial eclipse (well, nearly a full one) will last a total of 3 hours, 28 minutes, and 24 seconds and the moon will be about 97% covered at the "peak" of the event.

Locally the viewing will start at 1:18am in the Paducah area. Remember to be careful using online national times as local reference, because the time varies on location and time zone.

The peak and unequivocally best time to view this will be at 3:02am local time, when nearly 100% of the moon will be gone.

To put this eclipse into perspective, because let's face it -- this has gotten a LOT of media attention and especially online. We like to keep weather and science 'grounded' here at WPSD and be as real as possible. I say this because while this is indeed 'the longest in 500+ years eclipse' -- the one next year will be just a few minutes shorter than the one in 2021.