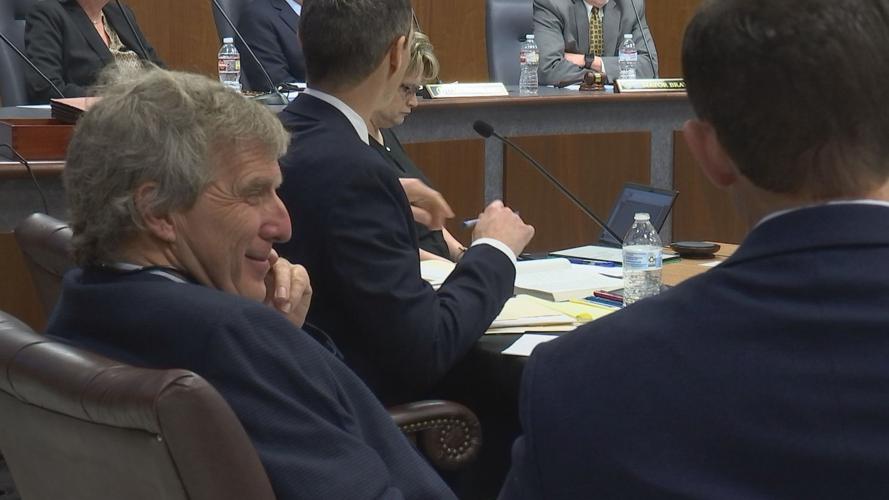 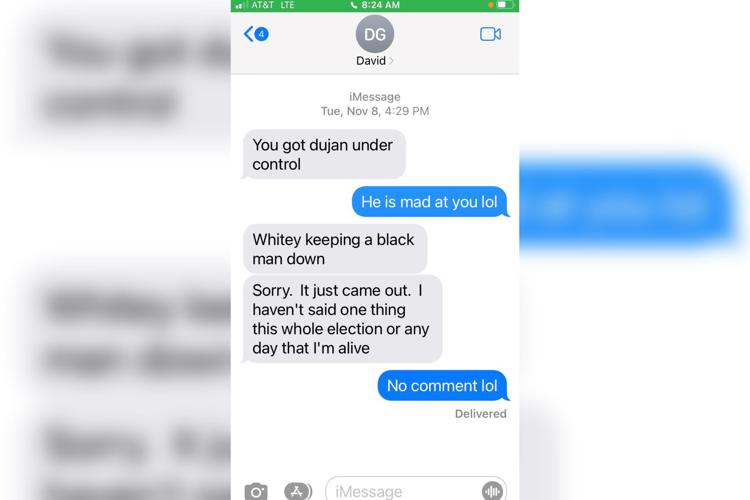 PADUCAH — Ousted Paducah City Commission member David Guess has filed an appeal of the commission's decision to remove him from office following a misconduct hearing one week ago.

Guess texted: "You got dujan under control." Cherry replied: "He is mad at you lol." Guess then texted: "Whitey keeping a black man down." Then followed that up with: "Sorry. It just came out. I haven't said one thing this whole election or any day that I'm alive." Cherry replied: "No comment lol."

After announcing their decision, the clock began running for city commissioners to find and appoint someone to fill the vacancy and serve the remainder of Guess' term. State statute gives them 30 days to appoint someone. If no one is appointed in that time, the power to make the appointment shifts to Gov. Andy Beshear. City leaders were expected to discuss the issue during a Paducah City Commission meeting Tuesday evening. Talking with Local 6 on Thursday, Paducah Mayor George Bray said it's possible that commissioners could make a decision during that meeting. However, that plan has changed because of the appeal Guess' attorney filed on his behalf Monday.

A motion filed in circuit court on Tuesday shows that the city has entered an agreement with Guess' attorney not to fill the vacancy during Tuesday's meeting and to remove the item from the meeting agenda. 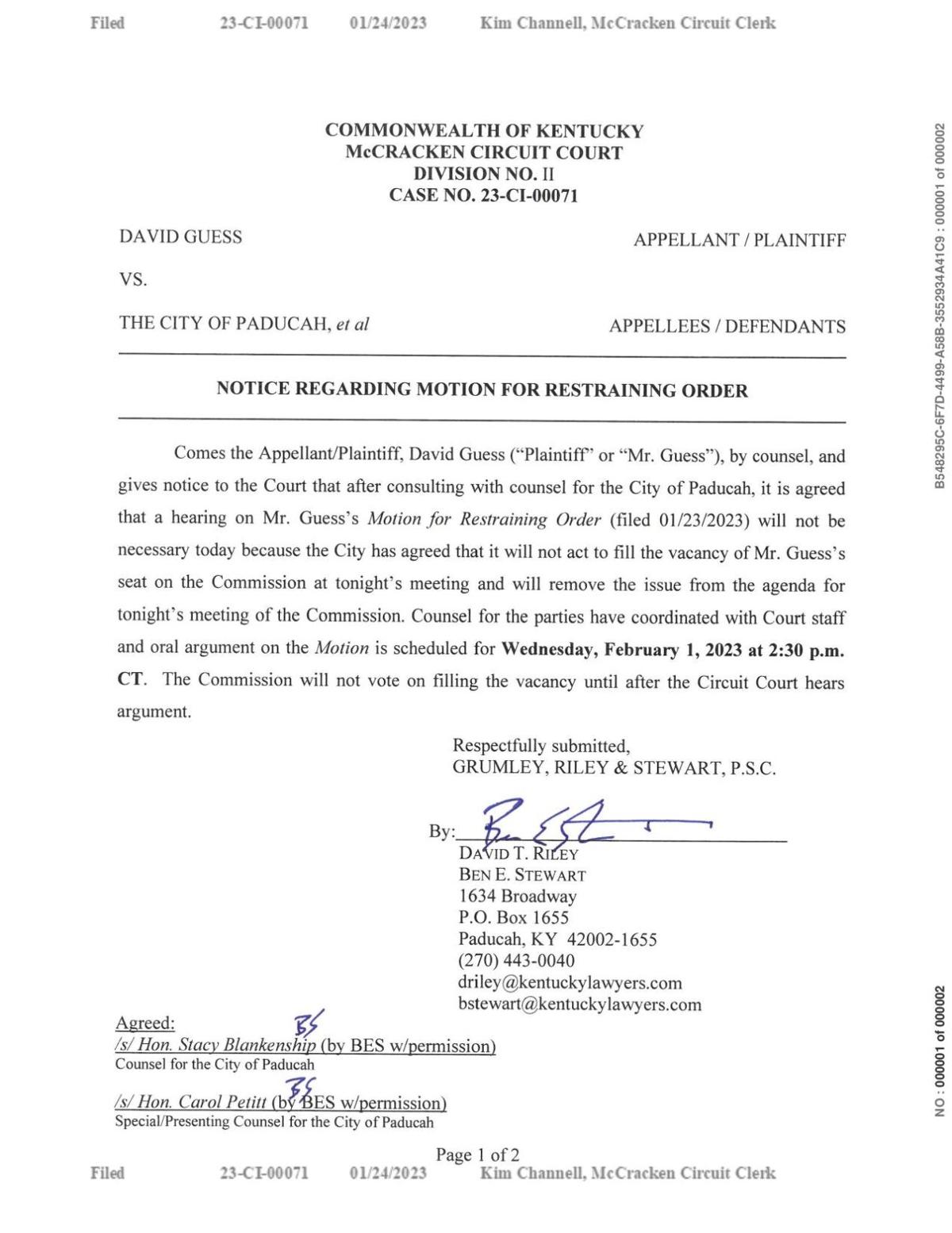 An emergency hearing is set for 2:30 p.m. on Feb. 1 before Circuit Court Judge Tony Kitchen to determine whether Guess can temporarily serve as a commissioner during the appeal process. If the judge denies that request, the city can appoint someone to temporarily serve on the commission while the appeal moves forward through the legal system.

The appeal filed on Monday claims a zero tolerance policy in place for city employees that was discussed during the hearing does not apply to Guess because he was an elected official, not a city employee. The appeal says the city, a city employee who testified about the policy and the special prosecutor "argued and admitted that the unwritten 'zero tolerance' policy did not apply to Mr. Guess as a Commissioner. Yet, the City still allowed admission of this unwritten 'policy' into evidence and argument."

In the appeal, Riley claims the admission of that policy into evidence was a "reversible error," and claims the policy was the basis of the city's misconduct charge against Guess.

Additionally, Riley writes that Guess filed a pre-hearing motion to dismiss the misconduct charge, and claims the commission did not rule on that motion before the Jan. 17 hearing. Instead, Riley writes, the commission "summarily denied it and later explained that, among other reasons, it could not rule on the Motion to Dismiss because the Board was not comprised of lawyers."

The appeal claims Guess believes the commission denied his right to due process because he believes they did not provide him of sufficient notice of the misconduct charge. Commissioners asked Guess to resign and formally issued the misconduct charge during a meeting on Dec. 16. This, after city leaders issued a statement about the texts on Dec. 7.

Riley writes that Guess believes the charge against him should have been dismissed because he believes the conduct he showed by sending the text messages at issue was not misconduct as defined by state statute and that the texts were not sent "in the performance of the duties of his office" or under the "power and duties" of the city commission. The appeal says Guess also believes the hearing should never have been held because the text were sent during his previous term as commissioner — not during the term during which he was removed from office. It also says Guess believes his First Amendment rights were violated.

Download the document below to read Guess' appeal in full: 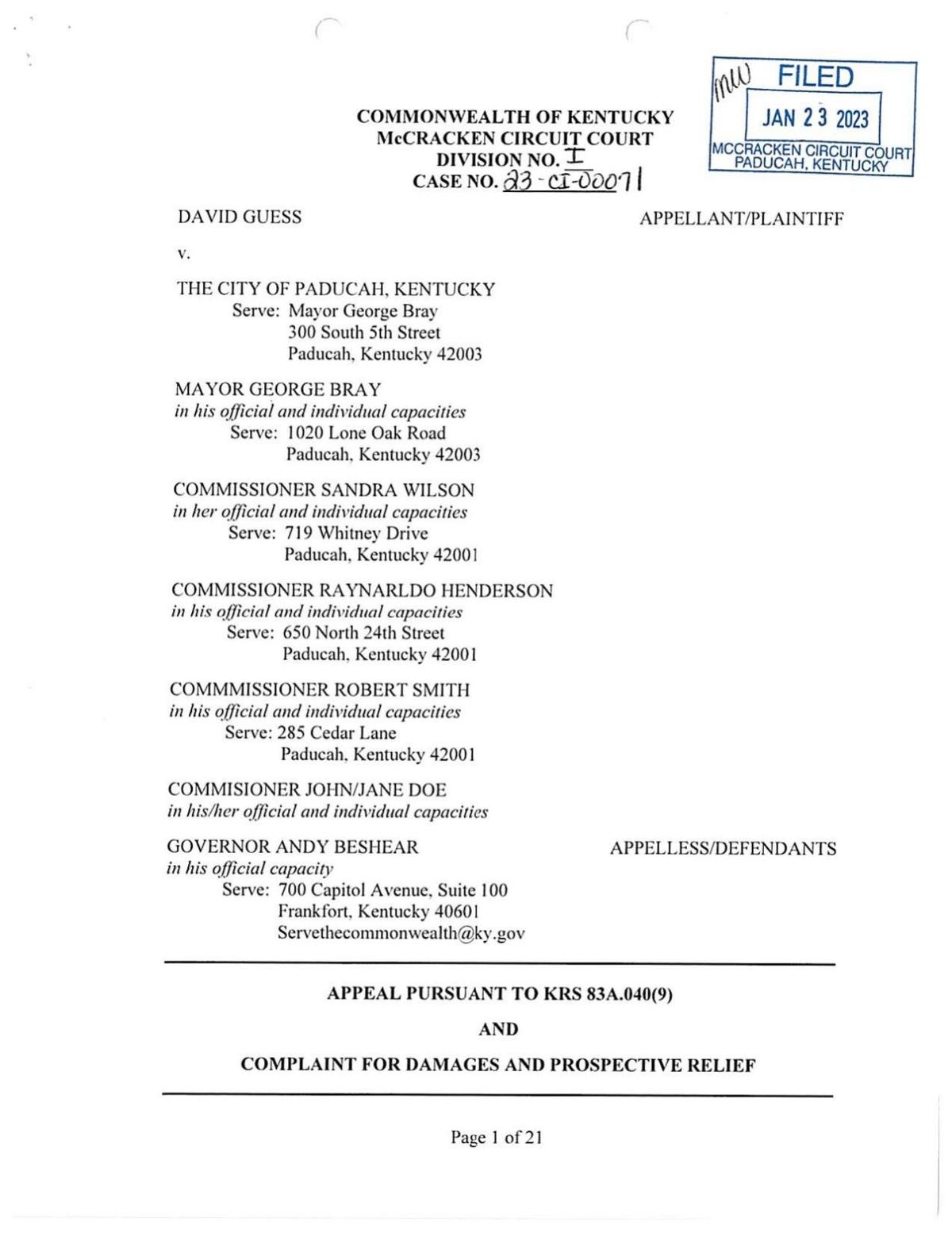