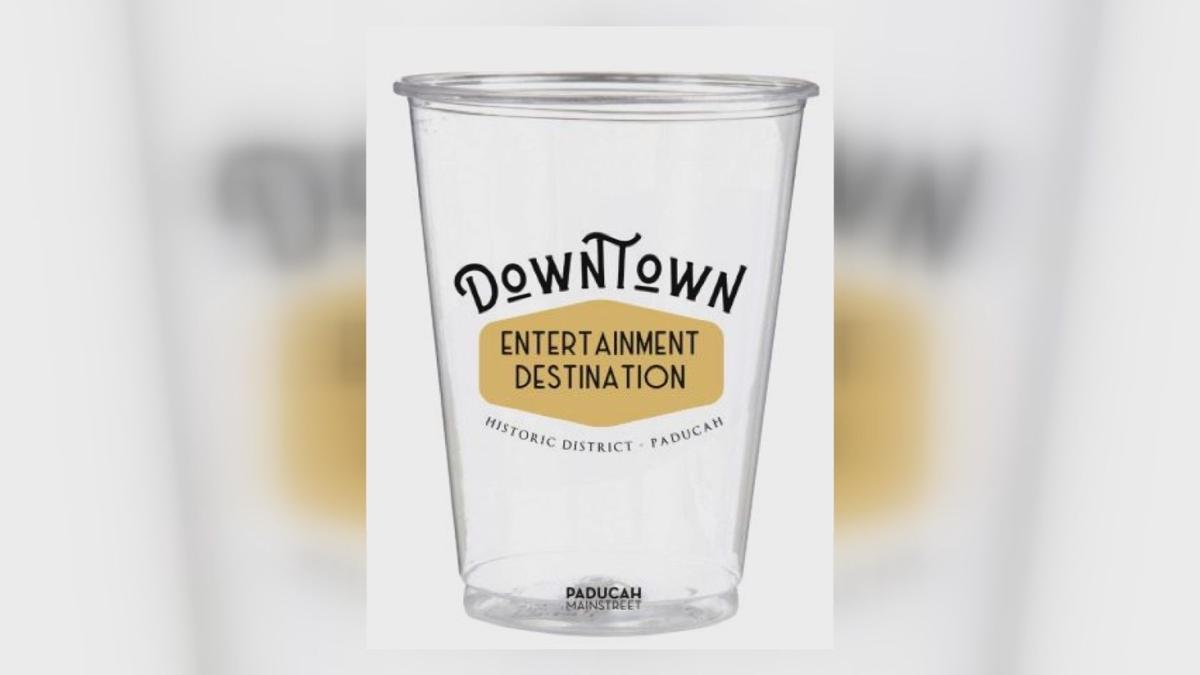 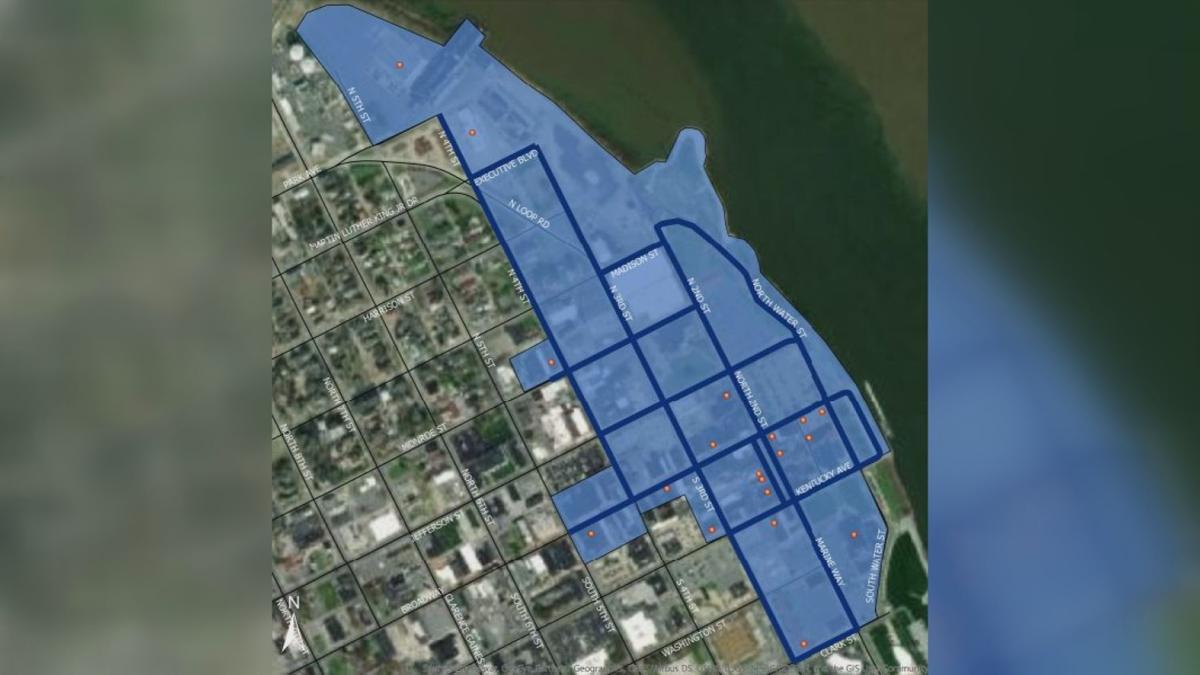 The proposed area would cover about 50 acres of Paducah's riverfront. 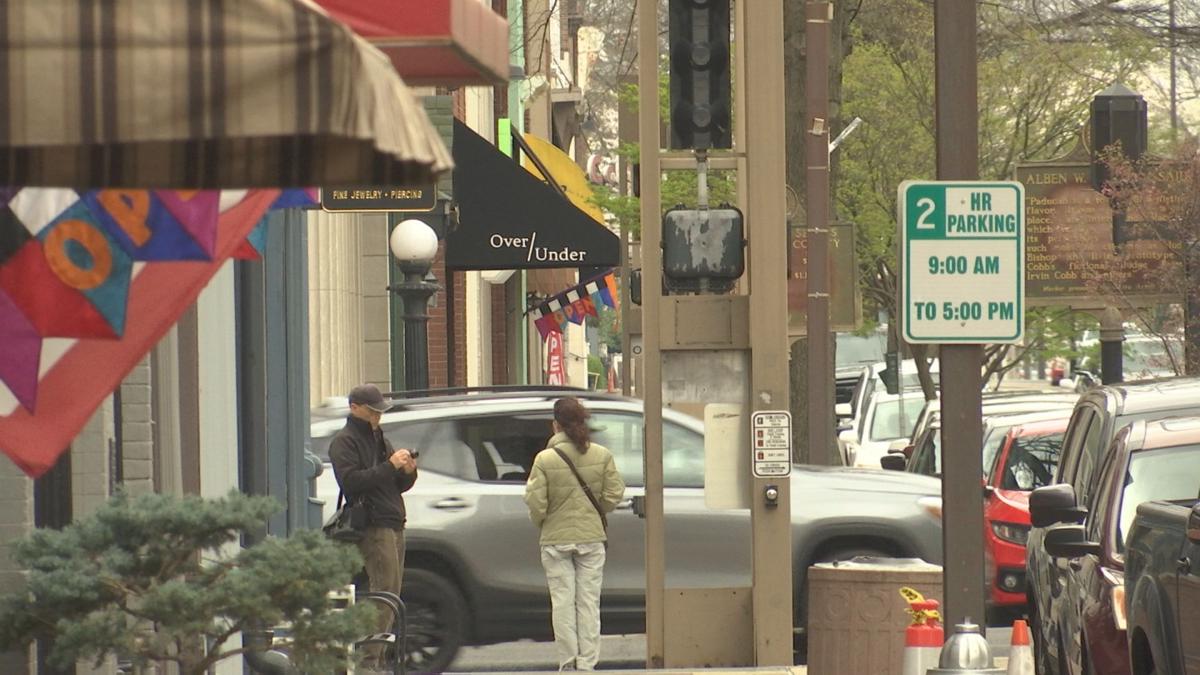 PADUCAH — The city of Paducah is exploring ways to serve to-go alcohol cups in a designated area where people can walk around and enjoy themselves, drink in hand. The ultimate goal is to increase tourism, generate revenue, and help restaurants and bars recover financially from the pandemic.

On Tuesday, the Paducah City Commission heard a presentation about the benefits of establishing an Entertainment Destination Center, or EDC for short. The state created legislation in 2016 to allow cities to create these areas in tourism districts. There are currently 10 cities across Kentucky who have taken advantage of EDCs, including Owensboro, Louisville, Lexington, Morehead, Covington, Maysville, Midway, Bellevue, Somerset, and Corbin.

So how does an EDC work? Kathryn Byers, the city's Business Development Specialist, said businesses who participate in the program could serve customers alcohol in specified cups for the EDC. You'd then be able to walk around the area with that drink. However, you cannot bring alcohol into or out of the EDC. The cups would be single-use, and Byers says they are looking at a biodegradable, soy-based option to reduce pollution.

The area the city is looking at would range from the Paducah Convention Center to the Carson Center, and from the riverfront to South 5th Street. It's approximately 50 acres total, and is home to around 20 bars and restaurants. Paducah Beer Werks would be one of the businesses inside the EDC. Owner Todd Blume completely supports the idea.

Getting the necessary license from the state would cost Paducah about $2,500 annually. If the project is approved, the city would work out agreements with bars and restaurants who take part in the EDC to pay that licensing fee. Blume believes it will help business downtown recover from the COVID-19 pandemic and reach a wider base of customers.

"There's a wave that's going to come in, and we need to ride that wave but also be safe as we're doing it," Blume said.

The proposed operating hours would be Sunday through Saturday from 6 a.m. to 3 a.m. This would align with the city's ordinance for restaurant hours.

The area is subject to change by the commission. There is not yet an estimation of how much revenue the area would bring in.

The next step for the city would be adopting an ordinance for the program, having a first and second reading for it, and passing it. Following the approval of the ordinance, the city must have a 30-day period to collect public comments on the project. After that, they can send the application to the state who would then visit Paducah to review the boundaries of the EDC. Once the state gives final approval, and issues the city its license, it could open the EDC. The planning commission is hoping to receive the license by Memorial Day at the earliest.