MCCRACKEN COUNTY, KY — You trust your local government with information and hope it doesn't fall into the wrong hands.

But sometimes it happens. The city of Paducah and McCracken County's computer servers were hacked over the weekend.

McCracken County Judge Executive Craig Clymer says the hacker didn't get far. The county's IT support provider, Kalleo Technologies, stopped the hackers before they could get any information. An email from Kalleo warned county employees not to open up suspicious email attachments.

Clymer says hackers try to get their data daily. But this time was more serious.

Clymer says hackers target local governments, seeking information and holding it for ransom. He says now, they can't send or receive certain emails. But without their IT support, it could have been worse.

"If we had not had a high quality IT company to watch that and catch that, then we would possibly be in the position of having to pay a ransom to get our own data back," Clymer says.

The city of Paducah is also dealing with a server hack.

In a news release, City Manager Jim Arndt says: "We are prioritizing security over speed. We want to fully understand what happened and how to implement security safeguards to prevent any future incidents."

Smartpath Technologies CEO Willie Kerns says you can protect your own servers and data by keeping secure passwords and making sure to only visit verified websites.

"It's important that people invest the same kind of money then, in making sure they have good antivirus software," Kerns says. "That they have dark web monitoring, that they're protecting themselves today, like burglar alarms protected against the threats of the 80s."

Clymer says their servers should be back to normal soon.

Clymer says Kalleo should have everything cleared up and back to normal by Tuesday.

Here is the City of Paducah's full statement regarding the incident: 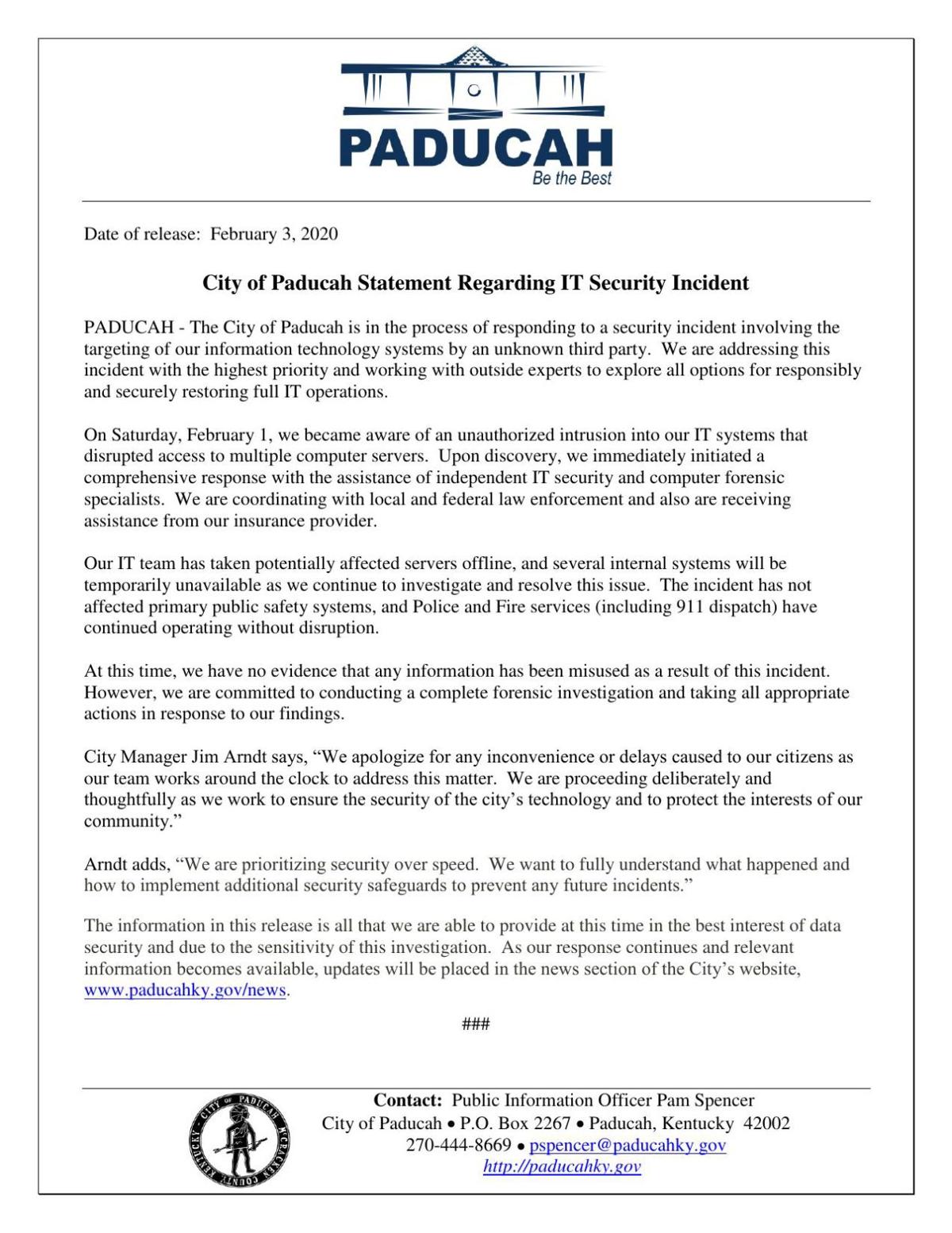