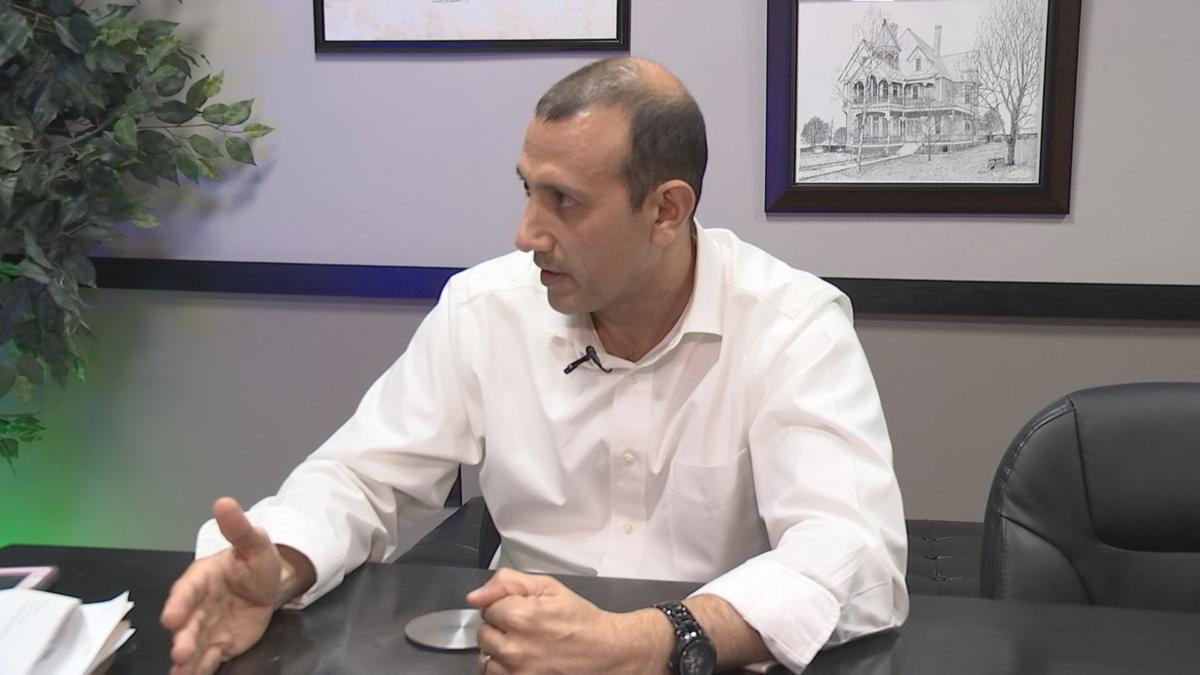 Shiraz Patel on Friends of the Parks spot on the design team: “I’ll tell the other citizens this is not some select committee. These are people that have been working tirelessly for six years, and now if other people want to to get involved or want change, my suggestion is start doing something. Start getting involved." 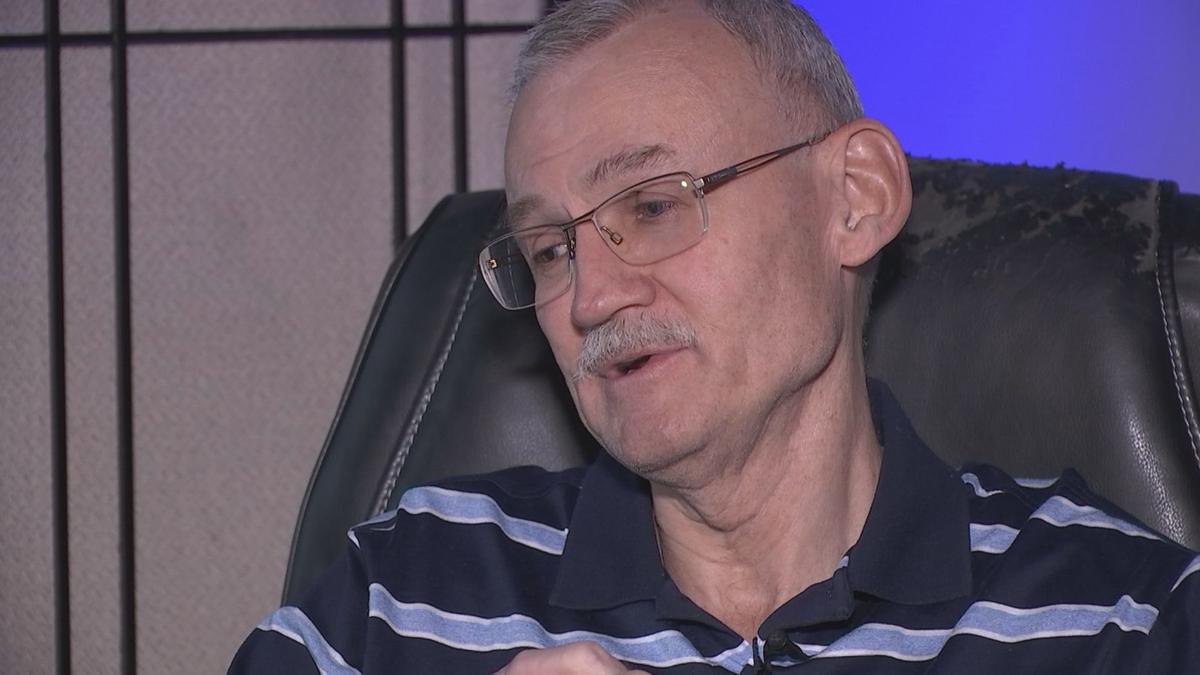 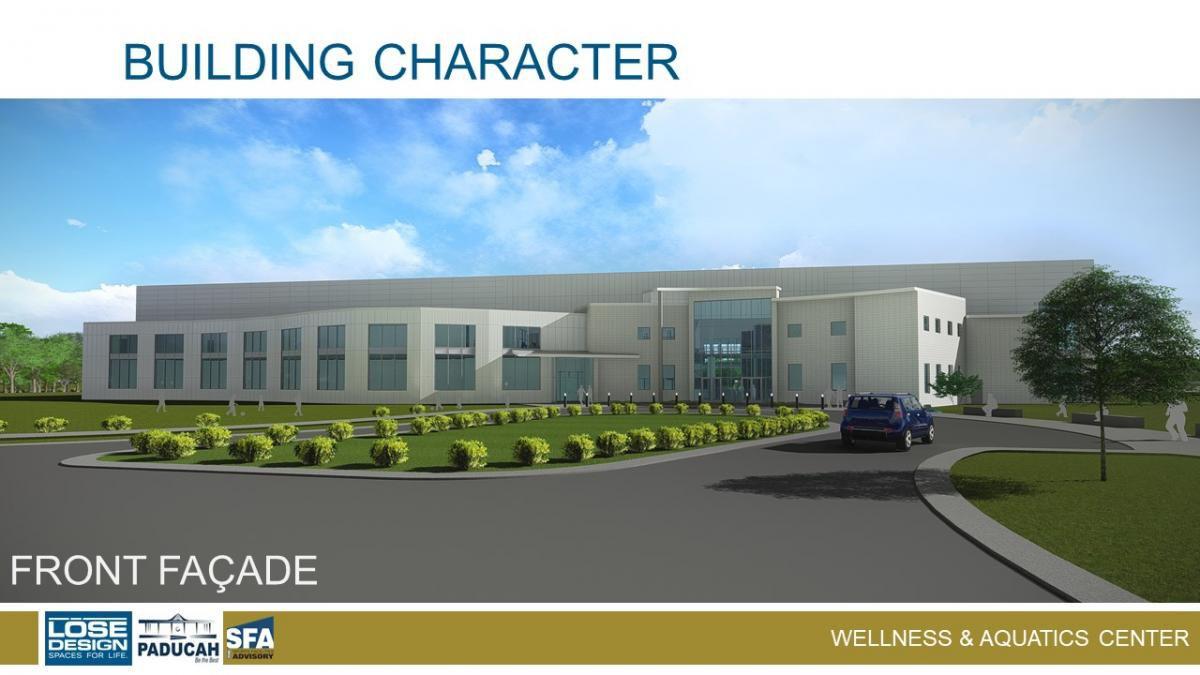 PADUCAH — The city of Paducah voted to raise your taxes to invest in a multimillion-dollar indoor recreation and aquatic center. The city will take on millions of dollars of additional debt to pay for it — up to to $22 million. Last December, Local 6 filed open records requests to trace the development of the project. The project is now an issue in city elections, with questions about city priorities, financial decisions, consultants and transparency — raised particularly by candidates opposing Mayor Brandi Harless.

We’ve reviewed some 2,000 documents that show proposed costs rising, the scale of the project increasing and the city speeding up the construction timelines. They reveal who was involved in making decisions. In the coming days, we’ll have multiple reports about what we’ve learned from the open records request, our research and interviews. Monday night, we begin with a nonprofit group called Friends of the Parks: a small group with a big voice in this project.

City officials have categorized the group as a vital partner in the realization of the project — a project they insist will lead to a healthier city, economically and physically.

"We made a promise to the swim team and their supporters, and there are some very prominent people in the community, and I think that we would be hated if we went back on our word on the pool," City Commissioner Gerald Watkins said.

Watkins made that promise to Dr. Shiraz Patel, a world class surgeon and a man passionate about swimming, wellness and quality of life in Paducah. Patel moved to the city of Paducah to join a team of orthopedic surgeons at the Orthopedic Institute of Western Kentucky. Patel is trained in minimally invasive total hip and knee replacement procedures.

At at time that many people were migrating outwards, Patel and his family were moving in and came to Paducah in 2007.

"So we moved from a small town of 500 — Crosby, Minnesota, which was, it was beautiful. It was on a lake. It was gorgeous," said Melanie Patel.

The city of Paducah’s population has declined every decade since 1960 when about 34,000 people called this place home, according to the U.S. Census Bureau. Nine-thousand fewer people call Paducah home now. At first, the decline was more of a population shift from the city to McCracken County, but projections say McCracken will be a no-growth county in the next census, and Paducah will continue to decline. Long-time major employers have closed their doors over the decades. The health care industry is the area’s largest employer.

“I’m embarrassed by the quality of life here in Paducah, OK," said Shiraz Patel, "There's nothing I'd love better than my kids to move back and live by me. But right now, I wouldn't recommend them to come here.”

Patel set out to change that quality of life, and he started with a swimming pool. Patel invested hours of volunteer time in the Paducah Swim Team, then got tabbed to be president of the 40-year-old organization.

“My journey started six years ago, because we need a competition pool, OK? A competition pool," Patel said, "And the Hagan families have done an outstanding job of providing us a home to swim, but we need to make that next step."

In the early 2000s the Paducah Athletic Club invested about $1.5 million for an indoor pool to become the home of the Paducah Swim Team.

“They're the only entity that has done anything positive for swimming in our whole city and county combined. But it's...it has issues," Patel said.

PAC owner Wes Hagan has said his athletic center is in debt to the tune of $1 million because of the pool, so when the swim team asked to expand the current facilities for competitions, it was a no.

“We need to make that next step," Patel said. "The next step is a competition pool that can comfortably host bigger tournaments."

Patel, a man described by people we talked to, as passionate and determined, launched a mission to find someone that could help his team.

During the tenure of Paducah Mayor Gayle Kaylor , on Dec. 8, 2015, Patel pitched his idea for the city to invest in better recreational facilities — starting with a indoor swimming pool. His pleas fell on deaf ears, and the city never moved forward on a possible partnership for the pool until 2018 — under the leadership of Mayor Brandi Harless.

"We talked about 'Can we raise money?' and that’s when Brandi said we need to create a different organization — Friends of the Parks," said Patel. "And said it would be better if you created an entity where it would be easier for the city to fund the capital expenditure and the building and than have an endowment to help run the operations.”

Harless believed the city would need help funding new recreation facilities, and the swim team needed a new pool. The city had been embarrassed by a poorly run baseball tournament in May 2018. County leaders, too. Paducah had a black eye. Creating Friends of the Parks seemed like the fork in the middle of the road. It was a road that would lead to political controversy.

On Oct. 31, 2018, Melanie Patel and Amanda Esper, FOTP's president, signed a hand-written application to incorporate Friends of the Parks Paducah Inc. as a nonprofit organization with with 501(c)(3) status. The commonwealth signed off on the group on Nov. 6, 2018.

As 2019 rolled by, the city added the debt of a $20 million recreation and aquatic center to its portfolio of high profile and big-dollar projects. It joined the TIF district, the Riverfront Project and downtown hotel development.

Commissioner Gerald Watkins said he originally thought the project would involve ball and soccer fields and a $5 million or $6 million competition pool.

"I guess everybody added on their support to whatever ideas they had, and it just bloomed into a $22 million facility." Watkins said.

They city of Paducah voted in November 2019 to sell up to $22 million in general obligation bonds to fund the aquatic center. The city ultimately sold $20.5 million in bonds in January 2020.

Internal emails show the recreation center going from an original budgeted $15 million to the current level of up to $22 million after the hired design team came back with plans.

Commissioner Richard Abraham made the motion to hire a firm, Lose Design, for $1.1 million. The city only budgeted $750,000 for that design work. After the commission voted to hire Lose Design, the city controller, emailed City Finance Director Jon Perkins asking, “How are we going to pay for this?” Perkins replied: "It will be paid for over two years. So I will (or the CM-city manager) will have to remember to seek FY 2021 appropriation for the balance.”

Abraham, also running for mayor, later surprised Harless and other commissioners by withdrawing support for the center and began pushing accelerating the city's stormwater master plan to deal with Paducah's flooding issues.

Abraham’s about face came after heavy rains and street flooding in the city. Mayoral Candidate George Bray began to question how transparent the city has been about the aquatic center project.

On Local 6 at 10, we continued our report with much more on what emails show about the changing scope and cost of the project. We explore how the swim team's grassroots efforts for a competition pool merged in to the current project. To view Part II, click on the story below.

Part II: Exploring the nonprofit tied with the city of Paducah's indoor recreation and aquatic center

In 2018, Paducah Mayor Brandi Harless made it a priority to create a nonprofit organization that could offset some operating costs of new recreation projects. The city needed the help of private funds to move forward, and a Paducah orthopedic surgeon, Shiraz Patel, knew the people to make it happen.

After Local 6's special reports aired, Paducah City Commissioner Gerald Watkins asked to update his previous interviews for the series. He did not respond to our initial request when offered. Watkins calls the currently $20.5 million recreation and aquatic center the last leg of economic development.