MARSHALL COUNTY, KY -- The prosecutors in the case against accused Marshall County High School shooter Gabriel Parker have filed their response in a suppression hearing.

Last Friday, Parker's attorneys filed arguments for why statements made by Parker after his arrest should not be used in his upcoming trial.

They say Parker was not fully made aware of his rights, and because of that, his testimony should not be heard in his trial.

In a response filed Monday, the prosecution says law enforcement officers did not violate Parker's rights.

"To argue that this interview was coercive, or that the Defendant's statements and admissions were involuntary, is to dwell in an alternate universe detached from the reality depicted on the video," said prosecutor Jason Darnall. 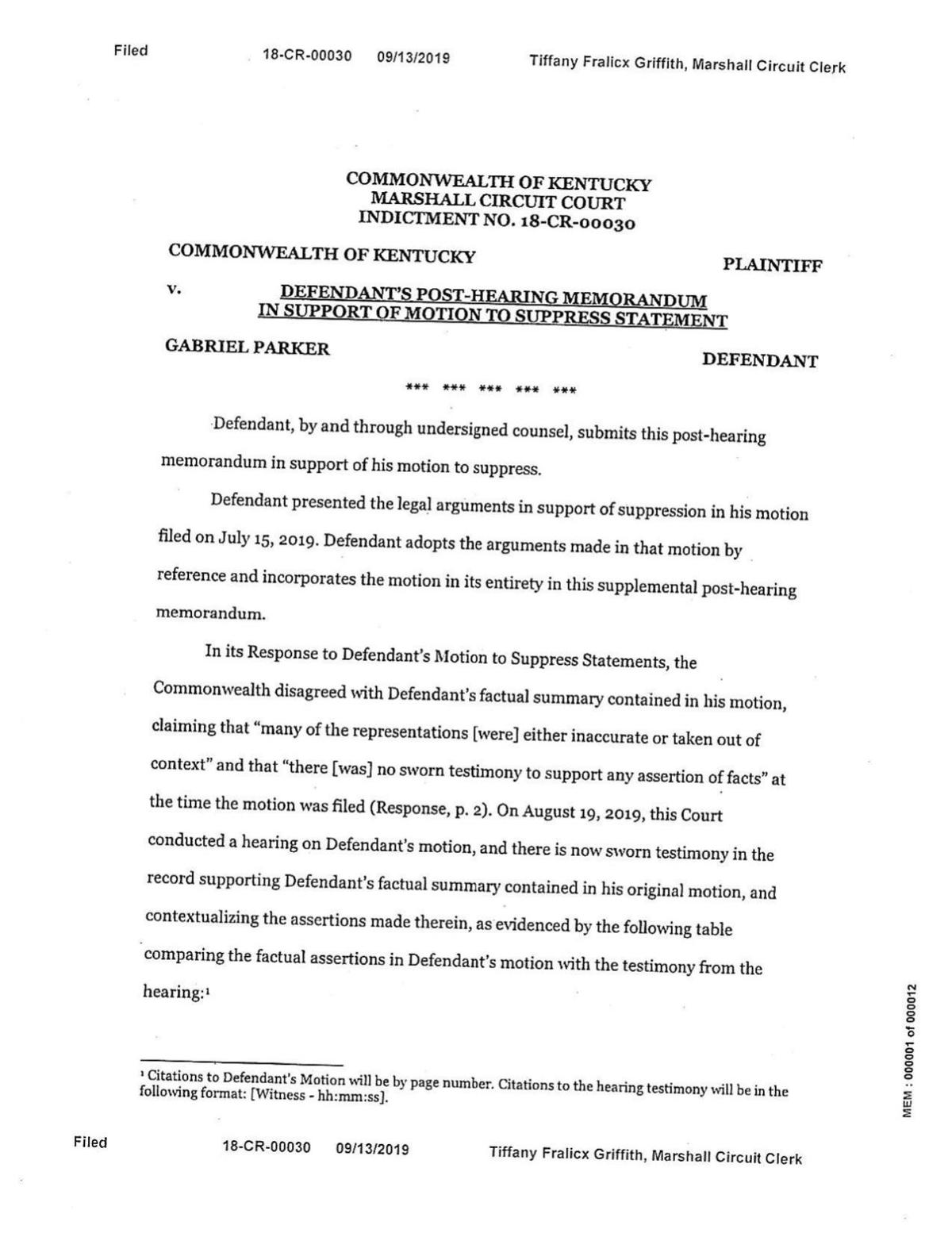